Today we get another round of post-Flashpoint DC Universe title announcements from DC – nine in all!

Here’s what we have to look forward to this fall. 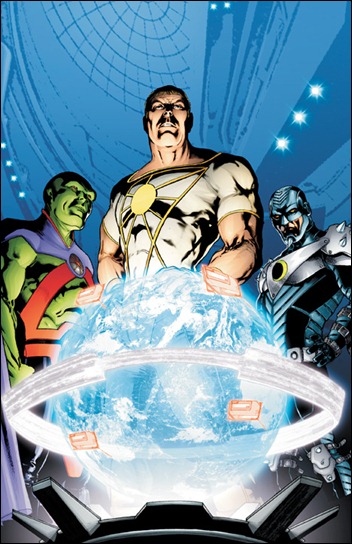 Stormwatch is a dangerous super human strike force whose existence is kept secret from the world. Jack Hawksmoor and the rest of the crew look to recruit two of the deadliest super humans on the planet: Midnighter and Apollo. And if they say no? Perhaps the Martian Manhunter can change their minds. Featuring a surprising new roster, STORMWATCH #1 will be written by the critically-acclaimed Paul Cornell (Superman: The Black Ring, “Dr. Who”) and illustrated by Miguel Sepulveda. 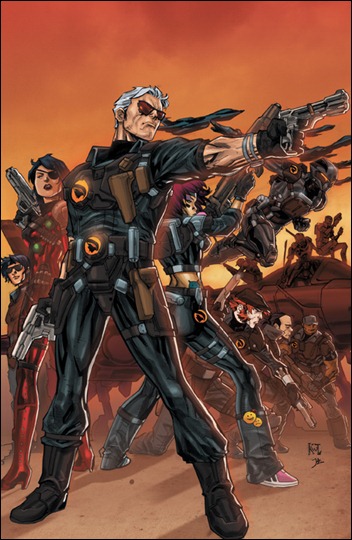 Blackhawk is an elite group of mercenaries made up of brave men from around the world equipped with the latest in cutting-edge hardware and vehicles. Their mission: Kill the bad guys before they kill us. A set of contemporary tales that battle the world’s gravest threats, BLACKHAWKS #1 will be written by Mike Costa and illustrated by Ken Lashley. 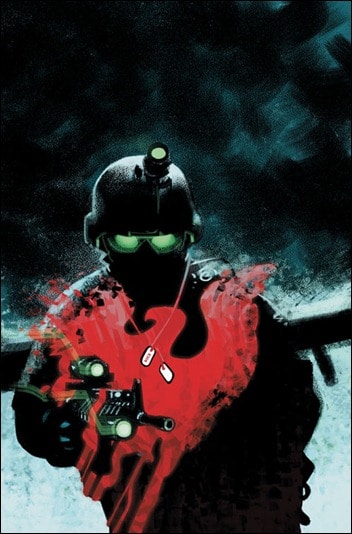 The grandson of the original Sgt. Rock assumes the command of Easy Company, a team of crack ex-military men financed by a covert military contractor, as they brave the battle-scarred landscape carved by the DC Universe’s super-villains. SGT. ROCK AND THE MEN OF WAR #1 is contemporary military story fighting under modern conditions, and will be written by Ivan Brandon and illustrated by Tom Derenick. 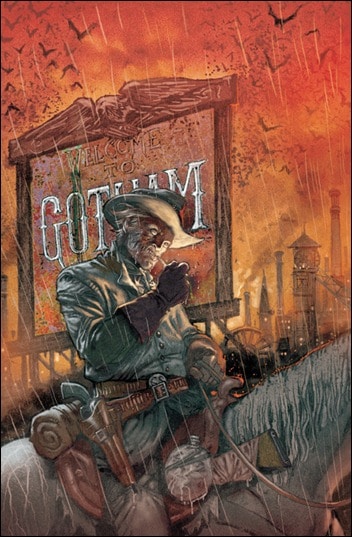 Even when Gotham City was just a one-horse town, crime was rampant – and things only get worse when bounty hunter Jonah Hex comes to town. Can Amadeus Arkham, a pioneer in criminal psychology, enlist Hex’s special brand of justice to help the Gotham Police Department track down a vicious serial killer? Featuring back-up stories starring DC’s other western heroes, ALL-STAR WESTERN #1 will be written by the fan-favorite Jonah Hex team of Justin Gray and Jimmy Palmiotti and illustrated by Moritat. 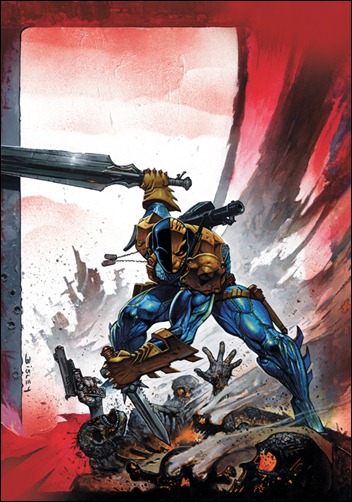 A metahuman mercenary who made a living taking out the toughest targets, Deathstroke will reclaim his fearsome legacy by any means necessary in DEATHSTROKE #1, a new series from rising star Kyle Higgins (Batman: Gates of Gotham) and artists Joe Bennett and Art Thibert. 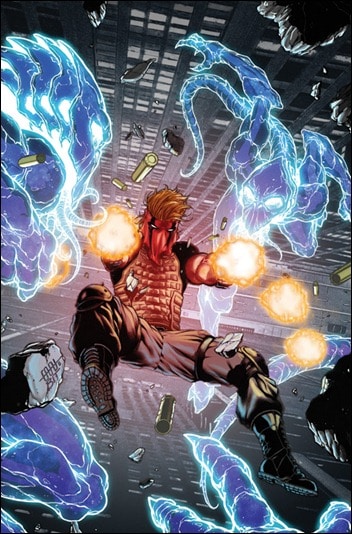 Ex-black ops agent Cole Cash is a charming grifter that few can resist. And yet he’s about to be branded a serial killer when he begins hunting and exterminating inhuman creatures hidden in human form – creatures only he can see. Can the biggest sweet talker of all time talk his way out of this one when even his brother thinks he’s gone over the edge? Find out in GRIFTER #1, written by Nathan Edmondson with art by CAFU and BIT (the team behind T.H.U.N.D.E.R. AGENTS). 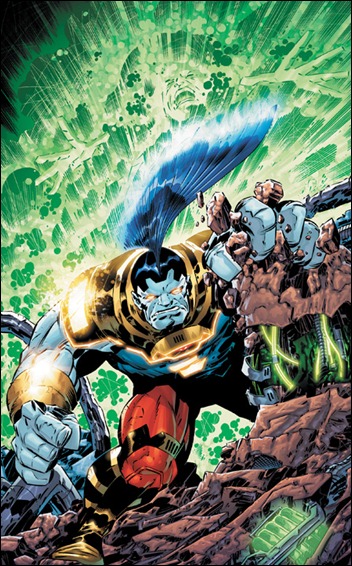 A man loses control of his life as the omnipresent Brother Eye transforms him against his will into a powerful killing machine OMAC #1, written by DC Comics Co-Publisher Dan DiDio and co-written and illustrated by Keith Giffen and Scott Koblish. 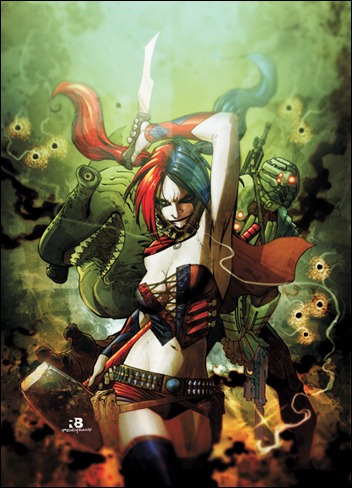 Harley Quinn! Deadshot! King Shark! They’re a team of death-row super villains recruited by the government to take on missions so dangerous – they’re sheer suicide! Who will be the first to crack under the pressure? Find out in SUICIDE SQUAD #1, written by Adam Glass (FLASHPOINT: LEGION OF DOOM) with art by Marco Rudy (THE SHIELD). 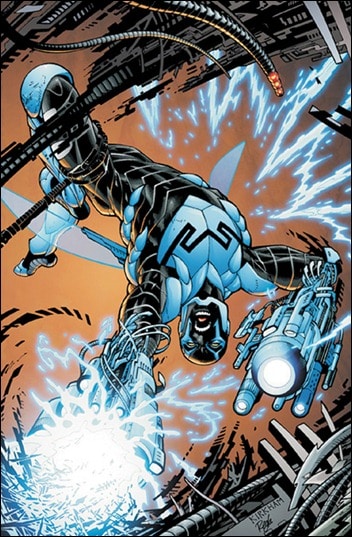 It’s not easy being Jaime Reyes. He has to deal with high school, family and all the drama that comes with being a teenager. Also, he’s linked to a powerful scarab created by an alien race who seek to subjugate planets – or annihilate them. It’s up to one teen hero to turn this instrument of destruction into a force for good in BLUE BEETLE #1, written by Tony Bedard (GREEN LANTERN CORPS) and illustrated by Ig Guara (FLASHPOINT: GRODD OF WAR) and Ruy Jose.