Here’s a 4 page preview of Avengers vs. X-Men #9 by Jason Aaron and Adam Kubert, including variant covers, from Marvel Comics.

Today, the comic book event of the year comes to a head in Avengers VS. X-Men #9, from the blockbuster creative team of Jason Aaron and Adam Kubert! As the remaining hosts of the Phoenix Force continue to round up Avengers, Earth’s Mightiest Heroes stage an all-or-nothing rescue on one of the X-Men’s prisons! But with their backs against a wall with no way out, it all comes down to the decision of one Avenger – Spider-Man!

Plus! Join the Marvel ReEvolution as Marvel brings fans a new comic reading experience! Every issue of Avengers VS. X-Men comes packaged with a code for a FREE digital copy on the Marvel Comics app.

And that’s not all! Take the Avengers VS. X-Men enjoyment even further by unlocking access to exclusive behind the scenes extras utilizing special augmented reality technology with the Marvel AR app powered by Aurasma. This is exciting bonus content that you cannot access anywhere else!

Which team will reign supreme? Join the conversation on Twitter with #AvX!

Here comes the pain as all your favorite super heroes enter the battle—and only one team will emerge victorious! Don’t miss out on this once in a lifetime comic event in, Avengers VS. X-Men #9, on sale now in comic shops everywhere, on the Marvel Comics app, and the all-new Marvel Comics Webstore!

For more on Avengers VS. X-Men, please visit http://avx.marvel.com 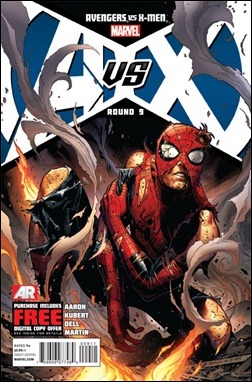 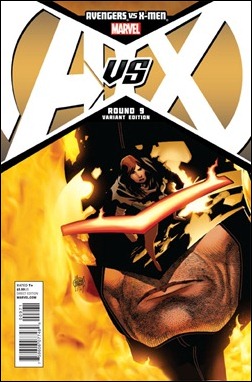 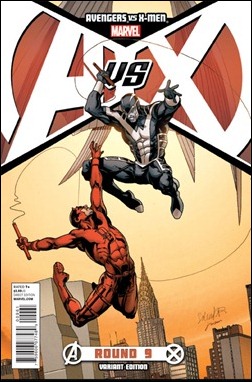 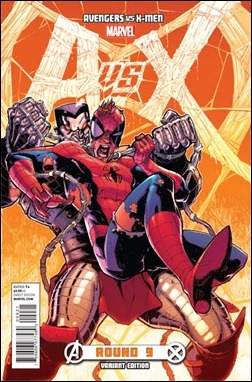 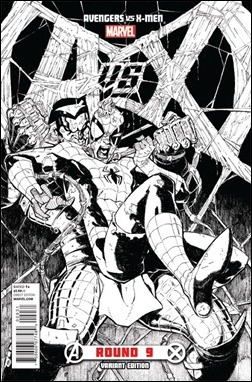 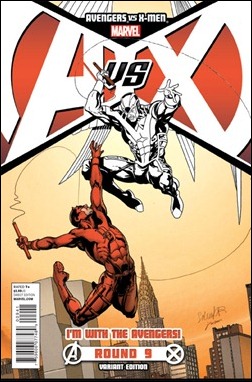 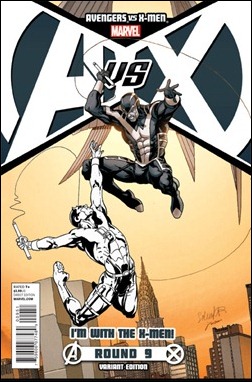 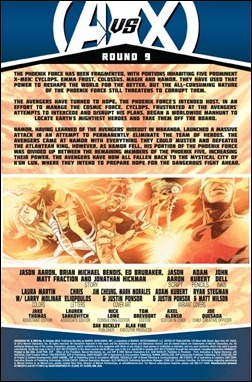 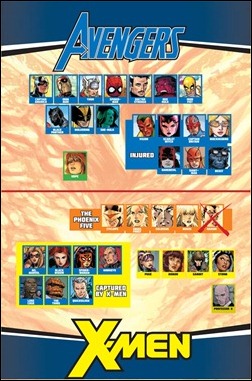 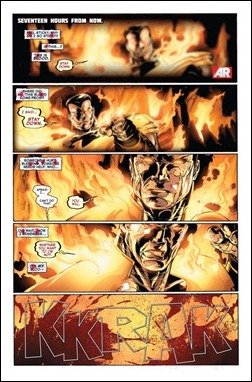 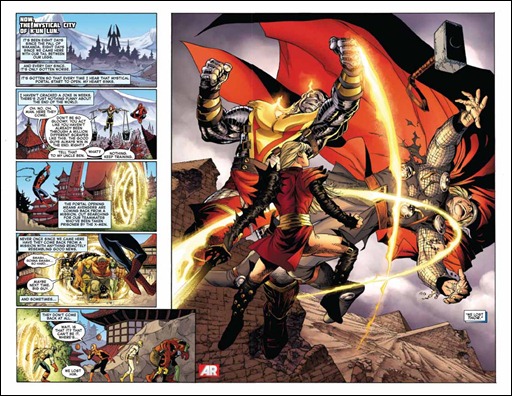