SEX CRIMINALS: BIGGER AND BETTER THAN EVER

SEX CRIMINALS is the story of Suzie and Jon, two people with the same secret: when they have orgasms, time freezes. Suzie is a feisty librarian, determined to keep the local library from closing. Jon is a discontented banker’s assistant, looking for an excuse to turn on his unscrupulous employer. When they discover they can stop time together, it’s obvious what they should do with their extraordinary ability: rob banks to save Suzie’s library.

And of course: complications ensue. And it’s not just that the Sex Police (yes, the Sex Police) are on to the time-freezing bank bandits. Suzie and Jon will have to grapple with what a relationship means when it stops being about just sex and starts being about love.

BIG HARD SEX CRIMINALS, VOLUME ONE will be in comic book stores on March 25 and in bookstores on April 7. 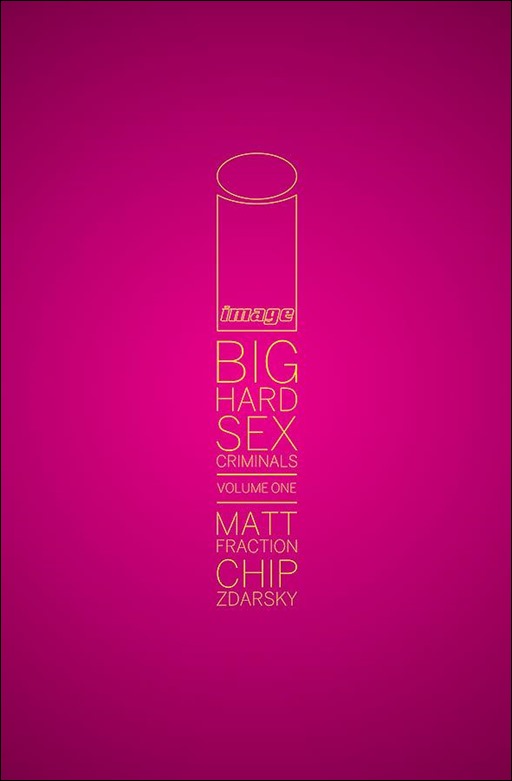 “Sex comedies usually focus on the pursuit of orgasm; the writer Matt Fraction and the artist Chip Zdarsky have devised an ingenious one about the stillness that follows it. Zdarsky’s fluid, brightly hued artwork is dense with smutty gags, but this is a deeper, more understated comedy than it initially seems.” –New York Times

“Fraction’s best work yet. It’s a precision-tuned screwball comedy on its surface, and that surface is gorgeous, thanks to Zdarsky’s ace sense of design and inventive color technique.” –Time

“An honest, heartfelt story about relationships that was more John Hughes than John Holmes.” –USA Today

“I wouldn’t trust most comic creators to turn a sexual awakening into compelling pulp fiction, but Fraction and Zdarsky pull it off masterfully.” –Paste, Best Comics of 2014

“A sex comedy with a splash of crime thriller, the title is a fascinating examination of the pleasures and pitfalls of intimate relationships, using the central fantastic conceit as a metaphor for the way sex distances people but also, under the right circumstances, brings them together.” –The A.V. Club

“There is no other comic out there quite like Sex Criminals. After its strong debut last year, it now qualifies as a phenomenon with sales big enough to make it a career-defining book for its two creators.” –Mental Floss, The Most Interesting Comics of 2014 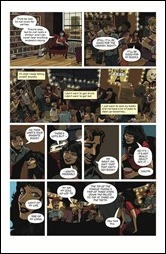 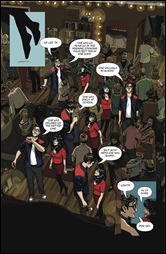 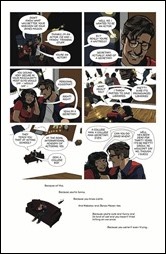 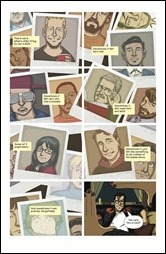 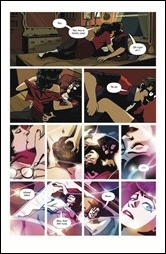