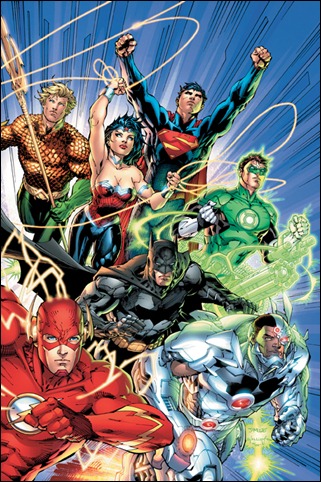 On Tuesday, we made the announcement in USA Today that DC was undertaking a historic renumbering of 52 superhero titles across the line, starting with JUSTICE LEAGUE #1 by our superstar creators Geoff Johns and Jim Lee. The cover to issue #1 is by Jim Lee and Scott Williams.

We’re announcing today that several of DC’s most iconic heroes will receive historic new first issues spinning out of the pages of Geoff Johns and Jim Lee’s JUSTICE LEAGUE: 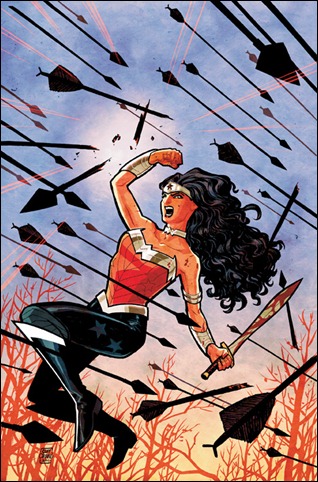 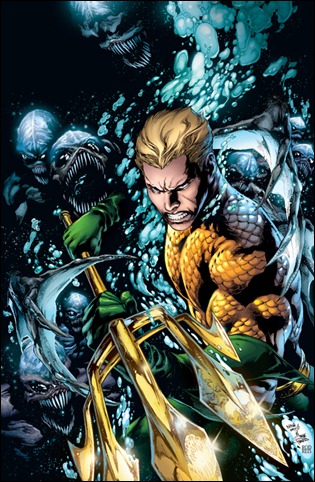 Geoff Johns, one of comics’ greatest storytellers, reunites with GREEN LANTERN and BRIGHTEST DAY collaborator Ivan Reis to bring you a thrilling new take on the fan-favorite hero of the sea in AQUAMAN #1. The cover to issue #1 is by Ivan Reis and Joe Prado. 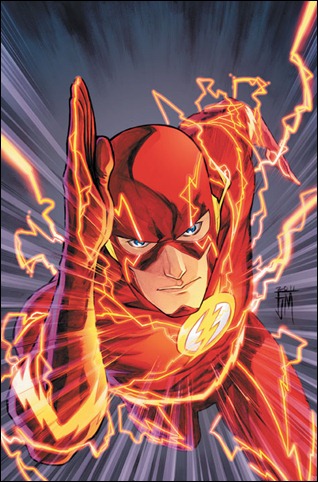 Rising superstar Francis Manapul, fresh off his acclaimed run on THE FLASH with Geoff Johns, makes his comics writing debut in THE FLASH #1, sharing both scripting and art duties with Brian Buccellato. The Flash knows he can’t be everywhere at once, but what happens when he faces an all-new villain who can? The cover to issue #1 is by Francis Manapul and Brian Buccellato. 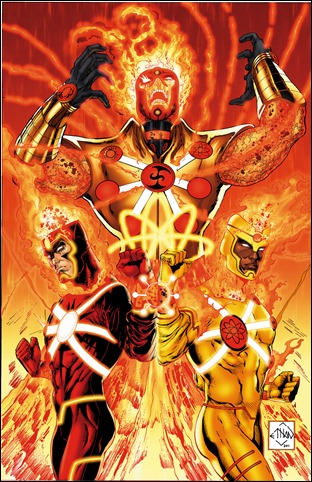 Welcome to a major new vision of the Nuclear Man as writers Ethan Van Sciver and Gail Simone team up with artist Yildiray Cinar to deliver THE FURY OF FIRESTORM #1. Jason Rusch and Ronnie Raymond are two high school students, worlds apart – and now they’re drawn into a conspiracy of super science that bonds them forever in a way they can’t explain or control. The cover to issue #1 is by Ethan Van Sciver. 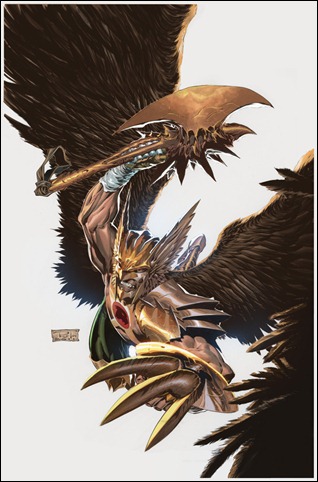 Batman writer Tony Daniel will team up with artist Philip Tan (GREEN LANTERN: AGENT ORANGE, THE OUTSIDERS) for THE SAVAGE HAWKMAN #1. Carter Hall’s skill at deciphering lost languages has led him to a job with an archeologist who specializes in alien ruins – but will the doctor’s latest discovery spread an alien plague through New York City? No matter the personal cost, Carter Hall must don his cowl and wings and become the new, savage Hawkman to survive. The cover to issue #1 is by Philip Tan. 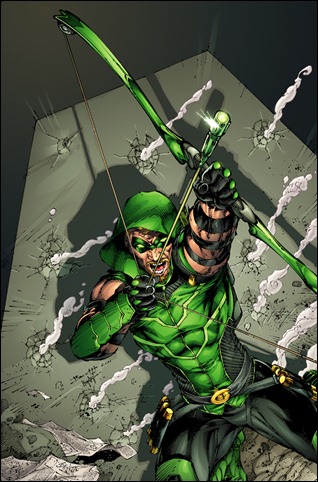 Oliver Queen is an orphan who grew up to fight crime as the Green Arrow, a billionaire playboy who uses his fortune to become a superhero – able to fight the most powerful super-villains in the universe with nothing but a bow and arrow. JT Krul will write GREEN ARROW #1 with art by superstar artist Dan Jurgens. The cover to issue #1 is by Brett Booth. 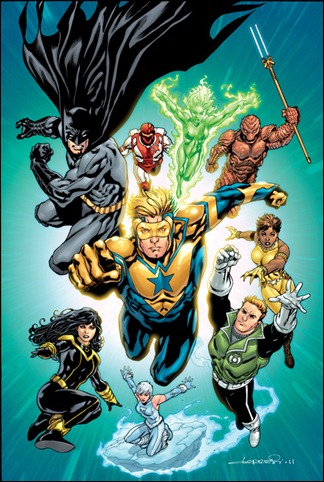 A team of internationally-drafted superheroes fight each other and their bureaucratic supervisors as much as they do global crime in JUSTICE LEAGUE INTERNATIONAL #1 from writer Dan Jurgens and artist Aaron Lopresti. The cover to issue #1 is by Aaron Lopresti. 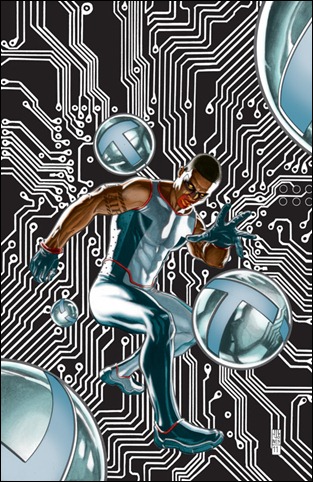 The world’s third-smartest man – and one of its most eligible bachelors – uses his brains and fists against science gone mad in MISTER TERRIFIC #1, the new series from writer Eric Wallace and artist Roger Robinson. The cover to issue #1 is by J.G. Jones. 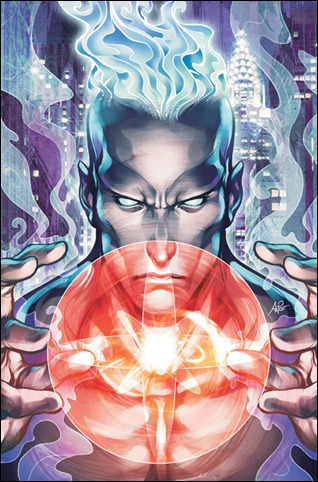 Captain Atom has all the power in the world, but no hope of saving himself. Charged by nuclear energy, possessing vast molecular powers, he has the potential to be a god among men – a hero without limits. But the question is this: Will he lose himself in the process? JT Krul and artist Freddie Williams II take the character in a bold new direction in CAPTAIN ATOM #1. The cover to issue #1 is by Stanley "Artgem" Lau. 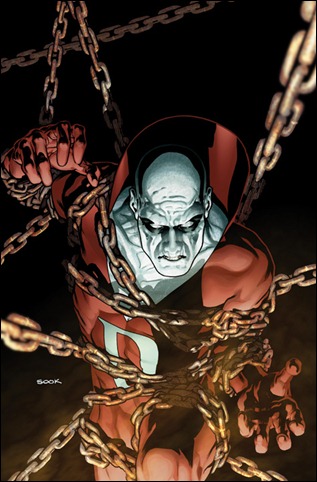 The anthology series gets a new look in DC Universe Presents, a new series that will focus on multi-issue story arcs each featuring a different superhero from the DC Universe’s rich cast of characters, told by some of comics’ most exciting writers and artitsts. DC UNIVERSE PRESENTS #1 kicks off the first arc of the series: a Deadman story by Paul Jenkins and Bernard Chang. The cover to issue #1 is by Ryan Sook.