Here are the Justice League group solicitations for December 2011 courtesy of DC Comics. 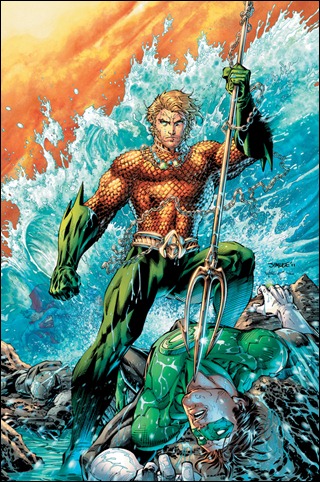 The superstar team of Geoff Johns and Jim Lee continue the origin of the Justice League as The World’s Greatest Heroes face the might of Apokolips – and find aid in an unlikely hero, as Cyborg is created!
Plus, Andy Kubert returns an amazing variant cover – his first new work after the smash-hit FLASHPOINT!
This issue is also offered as a special combo pack edition, polybagged with a redemption code for a digital download of the issue. 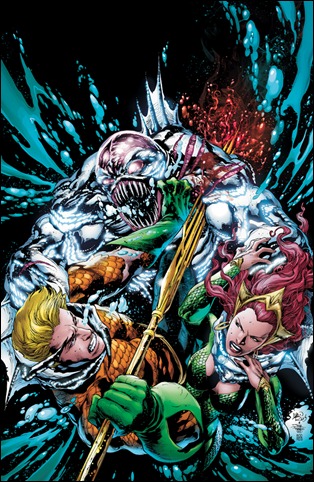 There are parts of the ocean even Aquaman should not enter. Now Aquaman and Mera must descend into uncharted territory: the smoky black crevice at the bottom of the Atlantic Ocean, home of the cannibalistic creatures known only as the Trench. One last secret behind these loathsome creatures will be revealed as “The Trench” thunders toward its bloodcurdling conclusion! 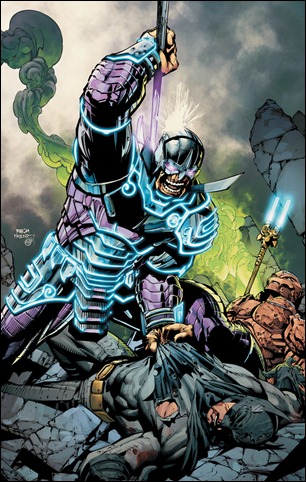 On their first mission, the team has been separated and defeated – or so it seems! But when a new, galactic threat shows its face, will our heroes be able to defeat it or will the whole world suffer destruction on a cosmic scale? 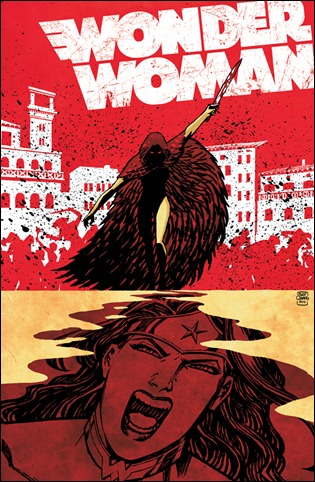 Wonder Woman has left Paradise Island behind, but Hera is just arriving. Without the Amazons’ most powerful daughter to protect them, can they withstand the wrath of a God who once favored them? And why would Zola want Diana to march right back into the eye of the storm? 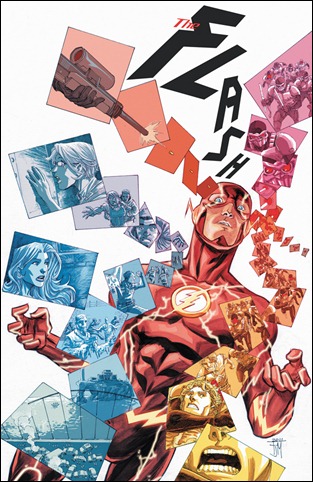 As Central City remains dark from the recent EMP blast, The Fastest Man Alive remains in hot pursuit of the one who set it off: Mob Rule! What does Mob Rule really want? Learn the rest of his origin right here! 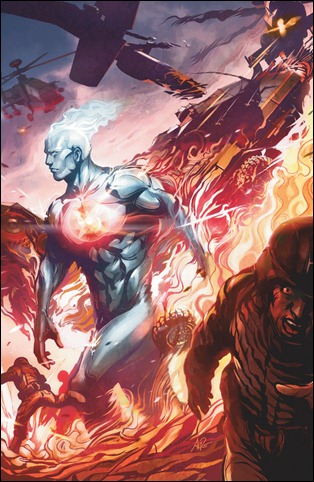 Before he received his godlike powers, Captain Atom was a military man – an Air Force pilot. Now, he’s being recruited again to serve his country as only he can. But will Captain Atom go along with his new role as a weapon of mass destruction? 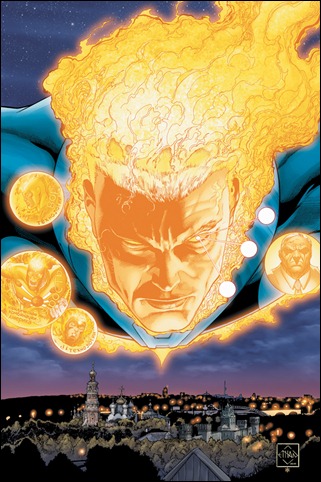 THE FURY OF FIRESTORM: THE NUCLEAR MEN #4

This issue, the spotlight turns toward the Middle East and sinister forces that wish to get their hands on their very own Nuclear Men! But what is the mysterious connection to Ronnie and Jason? Plus, as the action explodes into all-out meltdown, the boys will have to deal with a wounded friend before time runs out! 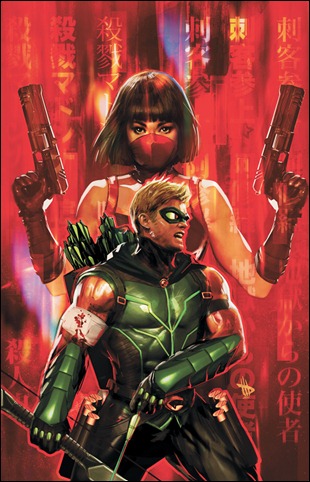 It’s a Tokyo showdown! At an international tech expo that caters to the likes of WayneTech and Queen Industries, party crasher Green Arrow finds himself in the sights of a mystery woman bent on taking down “evil” corporations – like the one Green Arrow owns! 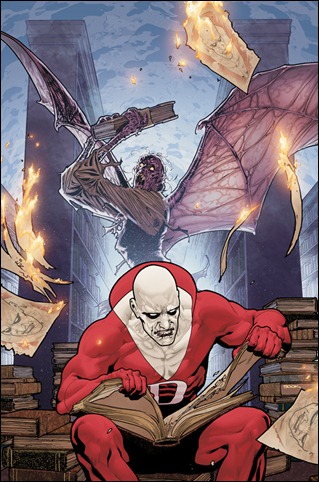 Step right up, step right up! Watch as Deadman plays “20 Questions” with the enigmatic Son of the Morning on a roller coaster ride like no other! Plus: Ever wonder why good things happen to bad people? Why banks put Braille writing on drive-through ATMs? And just what exactly is the nature of your relationship with God? Then you must read DC UNIVERSE PRESENTS #4! 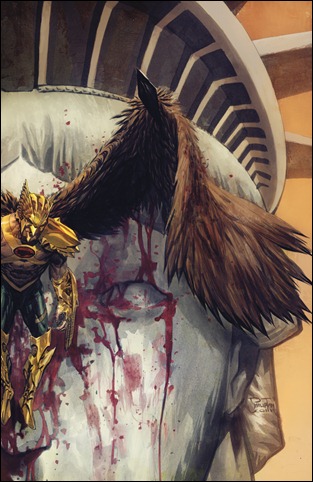 The exciting conclusion to the Savage Hawkman’s first adventure is here! Hawkman battles his way through Dr. Kane’s compound, where the alien monstrosity known as Morphicius is sheltered. But in his quest for alien knowledge, Dr. Kane unknowingly jumpstarts what Morphicius refers to as the Black Plague. Can Hawkman contain this deadly outbreak, or will New York soon become infected with lethal, fast-spreading alien organisms? 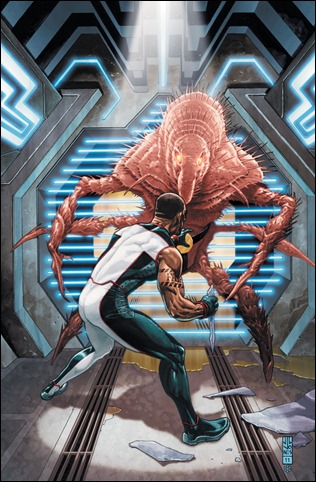 An alien S.O.S. draws Mister Terrific into the ninth dimension. But what begins as scientific exploration quickly turns deadly when he is taken prisoner by the villainous Kryl. Now the world’s third-smartest man must engineer an extraterrestrial jailbreak! Easy, right? But even if he succeeds, how can Mister Terrific escape the inner demons that haunt him?