Here are The Dark group solicitations for February 2012 courtesy of DC Comics. 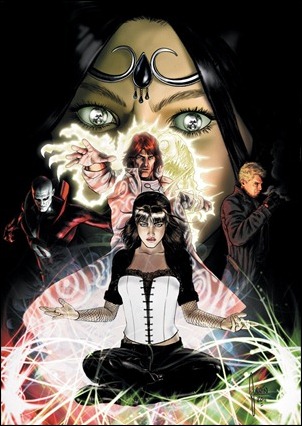 Written by PETER MILLIGAN
Art and cover by MIKEL JANIN
On sale FEBRUARY 22 • 32 pg, FC, $2.99 US • RATED T
Enchantress has been subdued, but this team of misfits hardly knows how to celebrate when each is still wrestling with their own demons. While Zatanna and Constantine try to decide on their next steps, Deadman deals with his loss, and Shade the Changing Man tries to bring Mindwarp back from the edge of sanity – but at what cost? 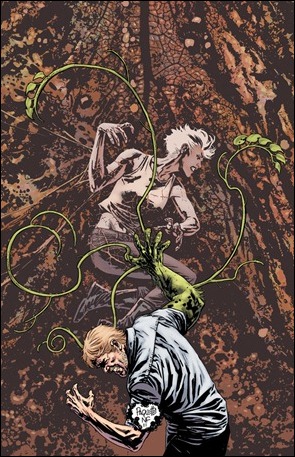 Written by SCOTT SNYDER
Art by MARCO RUDY
Cover by YANICK PAQUETTE
1:25 Variant cover by YANICK PAQUETTE
On sale FEBRUARY 1 • 32 pg, FC, $2.99 US • RATED T+
The Rot is winning, and its necropolis in the American desert is nearly complete. With Abigail Arcane all but lost to its power and the herald of Sethe risen, Alec Holland will bitterly regret trying to flee his destiny as Swamp Thing…but even if he wanted to do the right thing, it’s too late now! 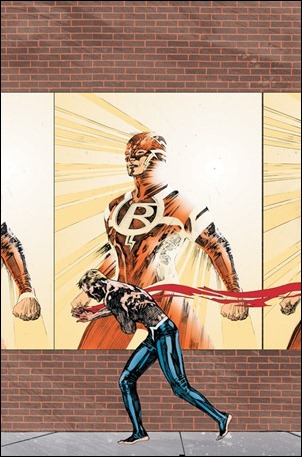 Written by JEFF LEMIRE
Art by JOHN PAUL LEON, TRAVEL FOREMAN and JEFF HUET
Cover by TRAVEL FOREMAN
On sale FEBRUARY 1 • 32 pg, FC, $2.99 US • RATED T+
Before he and his family became hunted by The Rot, Buddy Baker starred in a low budget indie Super Hero film. Now we get to “watch” the movie, courtesy of director Jeff Lemire and guest cinematographer John Paul Leon! 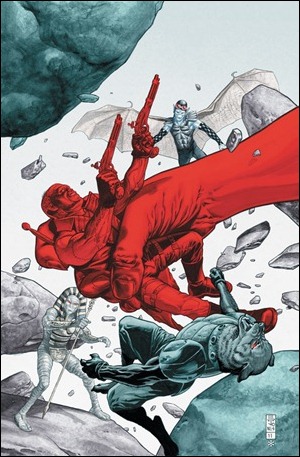 Written by JEFF LEMIRE
Art by ALBERTO PONTICELLI
Cover by J.G. JONES
On sale FEBRUARY 8 • 32 pg, FC, $2.99 US • RATED T
Frankenstein and The Commandos head back to Vietnam to take out a rogue super human whom Frankenstein fought beside back in 1969! Meanwhile, The Humanids stage a revolt in The Ant Farm, and Nina and Lady Frankenstein are all that stands between them and total chaos. But they soon discover other deep, dark secrets hidden in S.H.A.D.E. City. 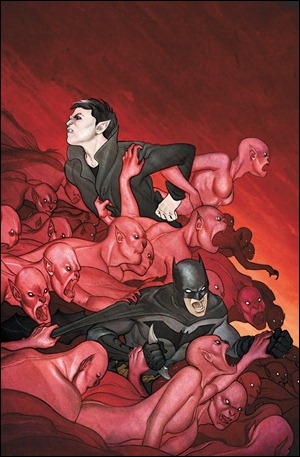 Written by JOSHUA HALE FIALKOV
Art by ANDREA SORRENTINO
Cover by JENNY FRISON
On sale FEBRUARY 22 • 32 pg, FC, $2.99 US RATED T+
It’s a shock ending you won’t see coming! Guest star Batman grudgingly helps Andrew fight the Queen of Blood, who has taken over Gotham City with her army of vampires! But Mary’s going to lose something dear to her in the process! Come see why the Internet is raving about this great new series that mixes Super Heroes and horror! 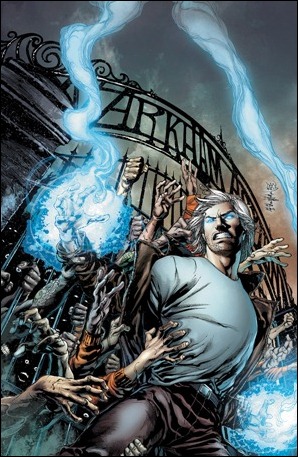 Written by DAN ABNETT and ANDY LANNING
Art by FERNANDO DAGNINO
Cover by IVAN REIS and JOE PRADO
On sale FEBRUARY 8 • 32 pg, FC, $2.99 US RATED T+
Welcome to Arkham Asylum, Mitch Shelley. No one believes you when you say you gain new powers every time you’re reborn. And no one is going to let you die to prove it. You’re going to be here a long, long time… 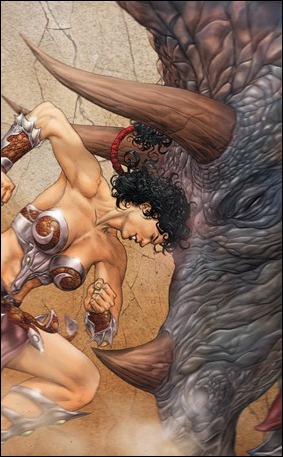 Written by PAUL CORNELL
Art by DIOGENES NEVES and OCLAIR ALBERT
Cover by MIKE CHOI
On sale FEBRUARY 8 • 32 pg, FC, $2.99 US RATED T
Bodies are piling up, and one of their own has switched sides to lead the charge to destroy them! So how will the Knights turn the tide of battle? It all comes down to the deal Etrigan and Jason Blood have made. But can a demon truly be trusted under fire, or would he rather watch you burn?