Here are the Justice League group solicitations for February 2012 courtesy of DC Comics. 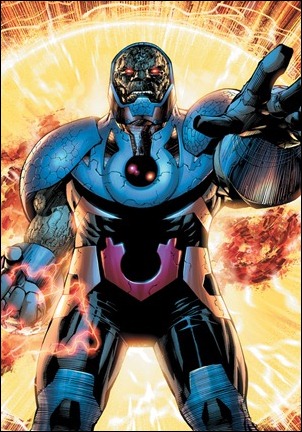 Written by GEOFF JOHNS
Art and cover by JIM LEE and SCOTT WILLIAMS
1:25 Variant cover by ADAM HUGHES
1:200 B&W Variant cover by JIM LEE
On sale FEBRUARY 15 • 40 pg, FC, $3.99 US • RATED T
Combo pack edition: $4.99 US
The Justice League is united at last against Darkseid! The awesome consequences of this high-stakes battle will resonate within the series for years to come! Geoff Johns and Jim Lee end their historic first arc with a bang!
This issue is also offered as a special combo pack edition, polybagged with a redemption code for a digital download of the issue. 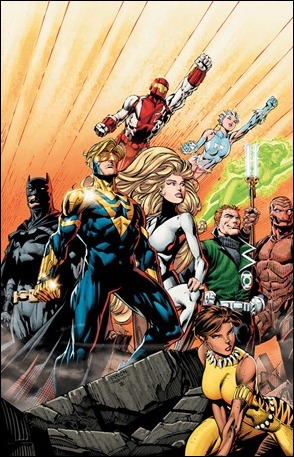 Written by DAN JURGENS
Art by MARCO CASTIELLO
Cover by DAVID FINCH and RICHARD FRIEND
On sale FEBRUARY 1 • 32 pg, FC, $2.99 US • RATED T
The JLI managed to survive their first mission on a wing and a prayer. Now, in the aftermath of Peraxxus’s near destruction of the planet Earth, our heroes gather together to decide the fate of their team. 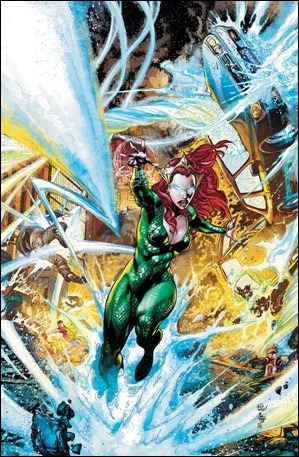 Written by GEOFF JOHNS
Art and cover by IVAN REIS and JOE PRADO
1:25 Variant cover by IVAN REIS and JOE PRADO
On sale FEBRUARY 22 • 32 pg, FC, $2.99 US • RATED T
Who sank Atlantis? Mera, the beautiful Atlantean assassin trained in the Bermuda Triangle, follows a trail of death and deceit to the one man who knows the ugly truth. But what does he want in return for his secrets – and how does it all tie into Mera’s own dark past? 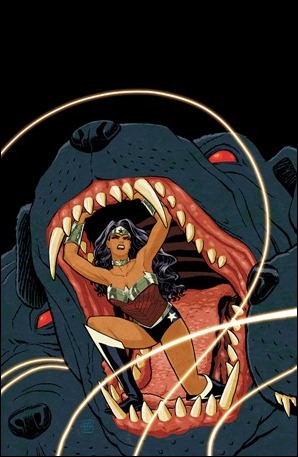 Written by BRIAN AZZARELLO
Art by TONY AKINS
Cover by CLIFF CHIANG
1:25 Variant cover by CLIFF CHIANG
On sale FEBRUARY 15 • 32 pg, FC, $2.99 US • RATED T
Hades and Poseidon both have designs on the kingdom their brother Zeus left behind, but Wonder Woman doesn’t intend to let their turf war decimate the realm of man! It’ll take a big lie and some help from the mystery man known as Lennox to stop a holy war from breaking out – but what does Lennox know that Wonder Woman doesn’t? 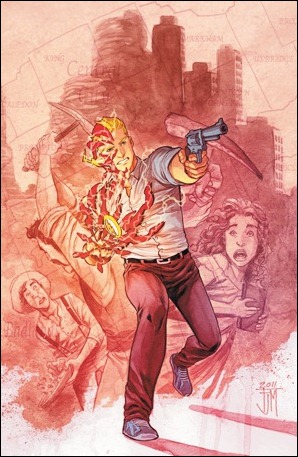 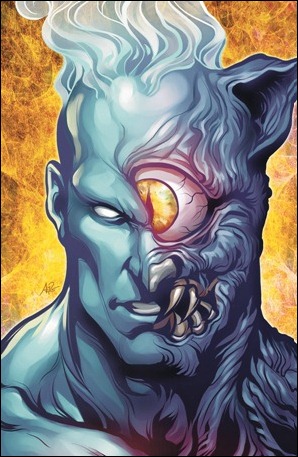 Written by J.T. KRUL
Art by FREDDIE WILLIAMS II
Cover by STANLEY “ARTGERM” LAU
On sale FEBRUARY 15 • 32 pg, FC, $2.99 US • RATED T
A great danger has been lurking in the shadows while Captain Atom continues his crusade to help those in need. Now, the time has come for him to face a threat unlike any other – yet strangely similar to himself. Discover the secret connection between Captain Atom and this unholy beast. And brace yourself for an ending you’ll never see coming! 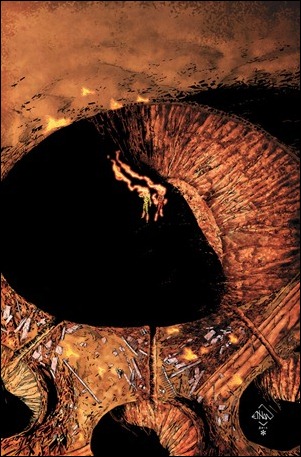 THE FURY OF FIRESTORM: THE NUCLEAR MEN #6

Written by GAIL SIMONE and ETHAN VAN SCIVER
Art by YILDIRAY CINAR and NORM RAPMUND
Cover by ETHAN VAN SCIVER
On sale FEBRUARY 22 • 32 pg, FC, $2.99 US • RATED T
In the blink of an eye, Ronnie and Jason witness a horror so gruesome, the two young Firestorms will question their entire futures as Super Heroes. As if that wasn’t enough, Pozhar, the Russian Firestorm, shows the two boys exactly how dangerous their world has become. 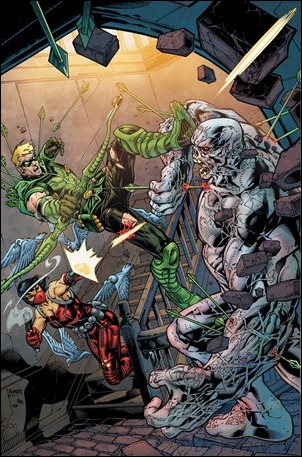 Written by KEITH GIFFEN and DAN JURGENS
Art by IGNACIO CALERO and RAY McCARTHY
Cover by HOWARD PORTER and RAY McCARTHY
On sale FEBRUARY 1 • 32 pg, FC, $2.99 US • RATED T
The secret of Blood Rose revealed! The mystery woman plaguing Green Arrow’s life is exposed, but the shocker isn’t who she is – it’s what she is! Plus: The final battle with Midas, the monstrous half-man whose touch can melt anything – including Green Arrow! 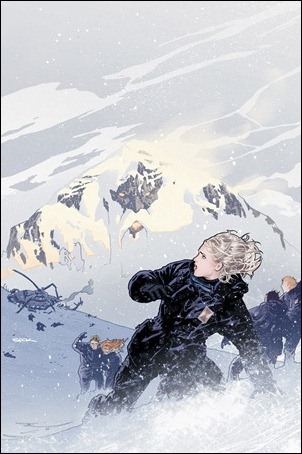 Written by DAN DIDIO and JERRY ORDWAY
Art by JERRY ORDWAY
Cover by RYAN SOOK
On sale FEBRUARY 15 • 32 pg, FC, $2.99 US RATED T
The Challengers. Out of time and on the run. Eight survivors of a fiery plane crash, bound by fate and death, are on a desperate mission to uncover the mysteries of the Unknown before the powers that saved their lives, claim them for eternity. 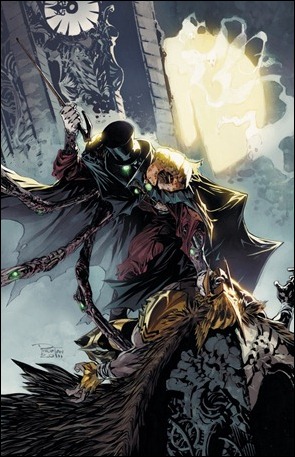 Written by TONY S. DANIEL and JAMES BONNEY
Art and cover by PHILIP TAN
On sale FEBRUARY 22 • 32 pg, FC, $2.99 US • RATED T
Hawkman comes face to face with Jim Craddock, a.k.a. the Gentleman Ghost, a malevolent spirit obsessed with finding an ancient relic called the Mortis Orb. Can Hawkman stop Craddock from using the power of the Orb to unleash hell on Earth? 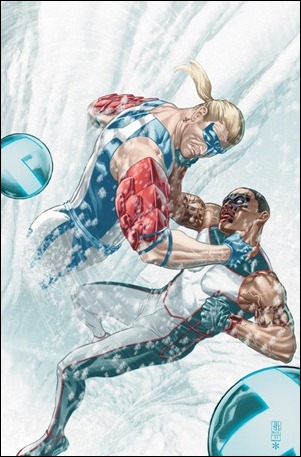 Written by ERIC WALLACE
Art by OLIVER NOME
Cover by J.G. JONES
On sale FEBRUARY 8 • 32 pg, FC, $2.99 US RATED T
It’s Valentine’s Day as Mister Terrific visits Iceland to reconnect with his romantic past. But instead of a warm reunion, Michael ends up fighting for his life on the icy tundra against a deadly new foe: the Tomorrow Thief! And how exactly do you defeat an opponent you can’t touch? It’s a scientific mystery only Mister Terrific can solve!