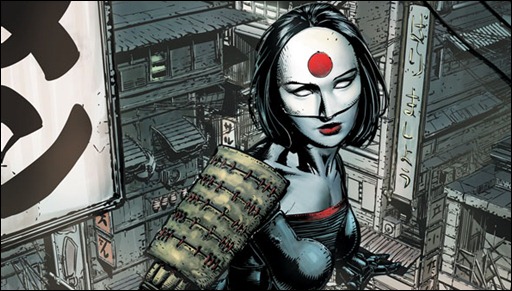 • The epic, full-length conclusion to “THRONE OF ATLANTIS” hits as Aquaman and the League make a sinister discovery that changes both the outcome of the war and the future of the Justice League!

• What is THE GRID—and what does it mean to expanding the Justice League?

• A startling epilogue to “THRONE OF ATLANTIS”!

• With the secrets of Atlantis revealed, Aquaman is confronted by a horrible myth from Atlantis’s past that’s connected to his own. Plus: Mera confronts a longtime enemy.

Written by JEFF LEMIRE
Art and cover by ANDREA SORRENTINO
1:50 Variant cover by DAVID FINCH
“We Can Be Heroes” blank variant cover available

• As Ollie struggles to come to terms with the loss of his fortune, his company and his heritage, he discovers a shocking truth about his father that ties to his time stranded on an island before he became Green Arrow.

• Plus: Green Arrow battles the deadly archer known as Komodo!

Written by GEOFF JOHNS
Art and cover by DAVID FINCH

• The march toward TRINITY WAR begins with part one of “WORLD’S MOST DANGEROUS”!

• Green Lantern! Green Arrow! Catwoman! Katana! Vibe! Hawkman! Stargirl! They aren’t the world’s greatest super heroes—they’re the most dangerous! But why does a team like the JLA need to exist? What is their ultimate mission? And who is pulling the strings?

• Plus: Find out why Martian Manhunter is the most dangerous of them all. Period.

redemption code for a digital download of this issue.

The standard edition cover features the flag of the United States.

This issue is available in 52 U.S. flag variant editions, one for each state plus Washington D.C. and Puerto Rico

In addition, you may order a shrinkwrapped pack of the standard edition of JUSTICE LEAGUE OF AMERICA #1 plus all 52 variant covers, with a suggested retail price of $149.99 US. There is no minimum purchase needed to order this item.

• From the pages of JUSTICE LEAGUE OF AMERICA and BIRDS OF PREY!

• KATANA is a former assassin on a noble quest to restore the OUTSIDERS to their former glory!

• Will she succeed, or will she be overcome by the power of her sword, the SoulTaker?

• No, that’s not a typo. Vibe stars in his own ongoing monthly title, starting with this debut issue cowritten by GEOFF JOHNS!

• One of the most unlikely members of the Justice League of America ever (okay, THE most unlikely) will soon discover he’s one of the most powerful individuals on Earth. But how did Vibe get his abilities? What is the cost to them? And why does the JLA want him on the team so desperately?

• Plus: We’ve seen the Red Room and the Black Room, but what is…the Circus?

• The finale of “GORILLA WARFARE” as Barry’s battle with Grodd comes to its bone-crunching conclusion!

• Don’t miss the introduction of one of The Flash’s greatest foes!

• Wonder Woman, War and Orion must join forces to save Zola’s baby from Hermes!

• Plus: The truth about the dreaded First Born is revealed! Woe to the world…

• THE SHADOW THIEF makes his first appearance in The New 52!

• Hawkman’s mission to uncover the secrets of Thanagarian weapons on Earth leads him into the path of a deadly of Xerxes!

THE FURY OF FIRESTORM: THE NUCLEAR MAN #17

• Are the Teen Titans here to help Firestorm—or will they use any means necessary to stop him from losing control of his powers?

• RED HOOD AND THE OUTLAWS fans take note as ARSENAL takes the stage in this special issue!

• Roy Harper is all too familiar with the road to hell being paved with good intentions, so he’s not totally surprised when an attempt to help Killer Croc leaves him running for his life on the streets of Japan.

• Supernatural powers are emerging on Earth 2, and that means new heroes on the scene—not to mention new villains!

• Plus: The debut of the new Wotan!

• Power Girl and a wounded Huntress are attacked on Power Girl’s island headquarters by a mysterious and deadly new group of villains!

• What do the villains have to do with the missing Michael Holt and the radioactive monster known as Hakkou?