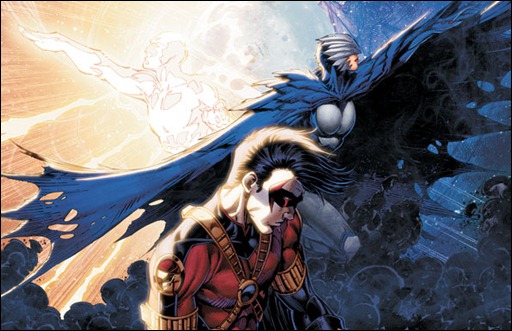 • The legendary LEGION team of Paul Levitz and Keith Giffen are reunited and ready to put The Legion through hell as the Fatal Five make their deadly intentions known!

• The Legion faces the FATAL FIVE for the first time! Is the team ready to go toe-to-toe with the most destructive force of the 31st century?

• Welcome aboard the new art team of EDDY BARROWS and EBER FERREIRA!

• The team is finally reunited in the wake of “DEATH OF THE FAMILY”—but something is very wrong with Red Robin! What did The Joker do?

• As Thunder’s condition worsens, the rest of the team begins to wonder if Caitlin is helping him—or killing him!