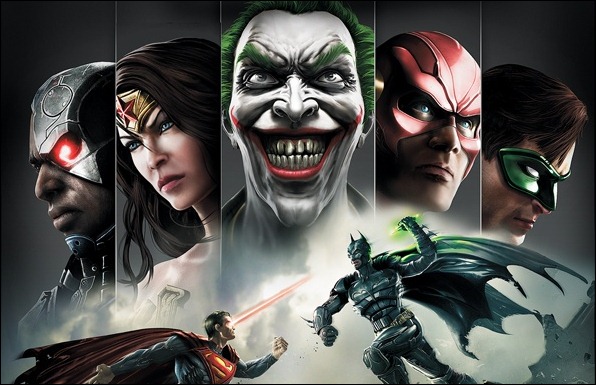 Here are the January 2013 Beyond DC Comics – The New 52 Group solicitations courtesy of DC Comics.

• The first time in print for these digital first adventures, based on the CW TV show!

• In this action-packed issue, The Arrow continues his crusade against the underworld of Starling City!

• An all-female Manhunter force is out to destroy Power Girl!

• Plus: A long-lost relative arrives in Kansas.

• John discovers the secrets of his metahuman gene.

• Who are the Men in Black?

Written by B. CLAY MOORE
Art and cover by TONY HARRIS

• The previous Whistling Skull vanished in Japan, but where is his body?

• Back in Nazi-occupied Europe, the mystery of the missing villagers deepens.

• And Nigel and William encounter an eerie sideshow at Der Karneval.

• The penultimate chapter of the “10,000 Clowns” Batman Beyond epic is here!

• Don’t miss the Beyond debuts of not one but TWO legendary DC characters! (Here’s a hint: one of them is Lobo—because he’d want you to know, anyway.)

• Plus: A look at Barda’s origin from guest artist Ben Caldwell!

• The first time in print for these digital-first stories based on the hit video game Batman: Arkham City.

• The Penguin recruits Deadshot to end his rivalry with The Joker!

• The origin of Deadshot is revealed!

LEGENDS OF THE DARK KNIGHT #4

• There’s a new crime fighter in town, and he’s captured The Joker!

• When a new Batman movie begins filming in Gotham City, it brings out the crazies—literally!

• Plus: Two-Face unveils his most diabolical plan yet!

• An old friend returns to the series with a new look. What terrible secret is he carrying?

• The secret of “Earth Two” Chloe is revealed.

• The Redeemer heads out West for a post-Civil War adventures and encounters Firehair!

• Sam Glanzman’s experiences aboard the U.S.S. Stevens take off on a mystical tangent, and Angel and the Ape return in a brawl!

• When actors start to disappear from a movie shoot, Mystery Inc. joins the cast to crack the case from the inside!

• Can the gang solve this mystery before the producers pull the plug?

• The Red Lanterns attack a ship, leaving only one small survivor!

• Razer has his doubts about the Interceptor crew’s role in saving the child.

• Will there be a happy ending to this runaway tale?

• The mysterious Brainiac arrives! Is he an alien, a robot, or both?!

• Will he shrink Metropolis with his shrinking ray?

• How did he find the Fortress of Solitude anyway?

• Find out in this epic issue!

Written by GREG WEISMAN
Art and cover by CHRISTOPHER JONES

INJUSTICE: GODS AMONG US #1

Written by TOM TAYLOR
Art and cover by JHEREMY RAAPACK

• Based on DC’s latest highly anticipated video game from the makers of Mortal Kombat!

• This prequel explains the events leading up to the start of this epic game!

Written by F.J. DeSANTO and TODD FARMER
Art and cover by FEDERICO DALLOCCHIO

• In the near future, the American government, using a powerful new form of nanotech, builds a secret military force composed of unknowing ordinary citizens…what would happen if a mysterious terrorist group started ACTIVATING these sleeping super soldiers for something far more sinister?

• Former government-sanctioned bounty hunter John Ravane is the one man who could possibly stop the second American Civil War…but that’s ONLY if he can be convinced—or coerced—into returning to active duty!

HE-MAN AND THE MASTERS OF THE UNIVERSE #6

• The epic battle between He-Man and Skeletor comes to an explosive conclusion!

• As the dust settles, who will be left holding the Power of Grayskull?

Written by STEVE NILES
Art and cover by GLENN FABRY

• As the mystery deepens, family members turn to each other for support.

• Will even strong family ties be enough to save them?

• Then things take a turn for the (even more) gruesome!

MASTERS OF THE UNIVERSE: THE ORIGIN OF HE-MAN #1

• Learn how Prince Adam first harnessed the Power of Grayskull!

• Witness the first battle between He-Man and Skeletor!