Here are the Vertigo solicitations for June 2012 courtesy of DC Comics. 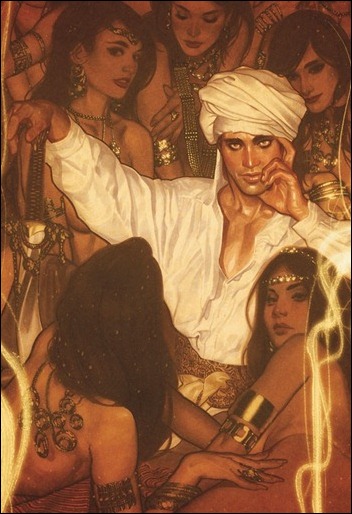 What is it with the Snow Queen and her love of/addiction to stories? And how does that little blue bottle imp plan to take advantage of her weakness? Can he really spin a tale so compelling that the evil queen of ice and sorrow will willingly let them all go in peace? Let’s find out as we hear the rest of Sleeping Beauty’s tale, and learn how Ali Baba ended up stranded in this bleak and snowy world. 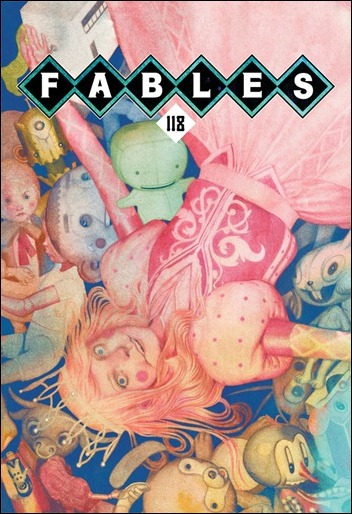 Planning a visit to Toyland? Here are a few simple rules: 1) Bring your own food. Plastic pies and hamburgers won’t fill you up. 2) Stay away from the tattered, broken toys called the Discardia. They’re dangerous and they’re up to something. 3) If you find yourself in trouble, try to find the Fisher King. He’s the only one who can help you now. 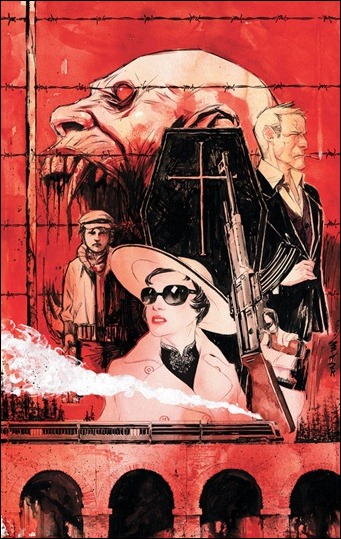 Written by SCOTT SNYDER
Art and cover by DUSTIN NGUYEN

Hot on the heels of last year’s award-winning AMERICAN VAMPIRE miniseries, SURVIVAL OF THE FITTEST, we return to postwar Europe and the vampire-hunting agency known as The Vassals of the Morning Star! Agent Felicia Book has had a dark life, filled with tragedy, but she has finally found peace, raising her adoptive son, Gus. But when the Vassals return for help tracking the most powerful vampire of all time, she soon learns nothing can prepare her for the threat inside The Coffin…

A great companion to the ongoing series and a perfect jumping-on point, LORD OF NIGHTMARES features amazing art by Dustin Nguyen! 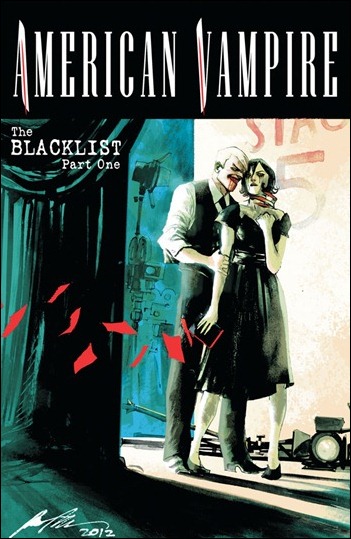 Retailers: This issue will ship with two covers. Please see the Previews Order Form for details.

"The Blacklist" begins here!
The next AMERICAN VAMPIRE epic begins here with part one of "The Blacklist." 1950’s Hollywood is in the grip of "The Red Scare," but in this twisted tale it’s more than just the political scene that runs red. Our gal Pearl and Skinner Sweet return to the town where it all started for them, only to learn that things have gotten much worse since they left This massive story with major revelations is NOT to be missed! Plus, this issue features a variant cover by BATMAN artist Greg Capullo! 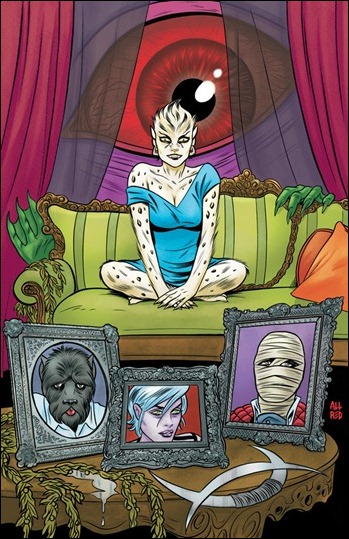 Written by CHRIS ROBERSON
Art and cover by MICHAEL ALLRED

Things have gotten pretty crazy for the good people of Eugene, Oregon, in recent months, and now matters are going from bad to worse. Gwen knows what she has to do if she’s going to be able to stop things from going from worse to WORST, but can she bring herself to do it? What price will she pay to save the world? 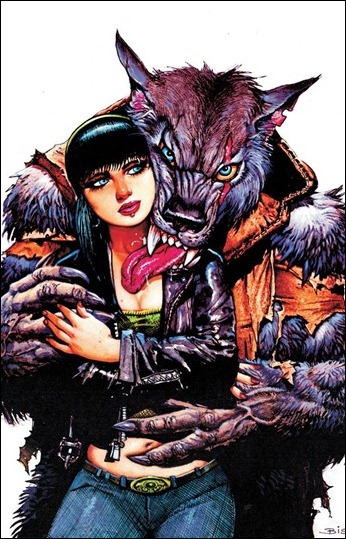 When John Constantine and Epiphany Greaves see a trashy werewolf movie it triggers disturbing memories of guilty sexual stirrings, lycanthropic aristocrats and socially mobile gangsters. But can John remember who was in that little red riding hood? And can Epiphany be sure what kind of beast she’s sleeping with? Find out in the one-shot tale "The House of Wolves" featuring art by the amazing Simon Bisley. 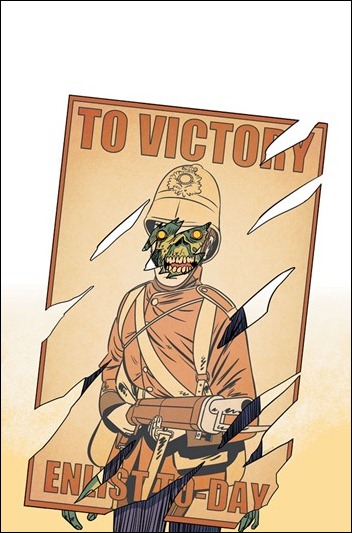 Written by DAN ABNETT
Art and cover by I.N.J. CULBARD

Inspector Suttle, closing in on the perpetrator of the impossible crime, must escape the living terror of Zone B’s East End if he is to chase down the remaining leads. Can the living ever let the dead go free? And if the investigation extends beyond the cordoned comfort of London, into the bleak Restless Wastes, what other horrors will he face? 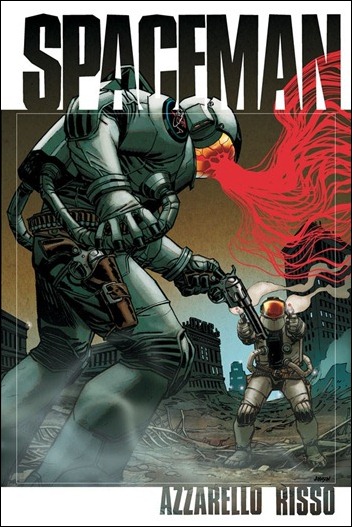 Orson is hunted down by the cops, the bounty hunter, and the gang bent on kidnapping Tara. And as he gets squeezed, something precious slips through his fingers… 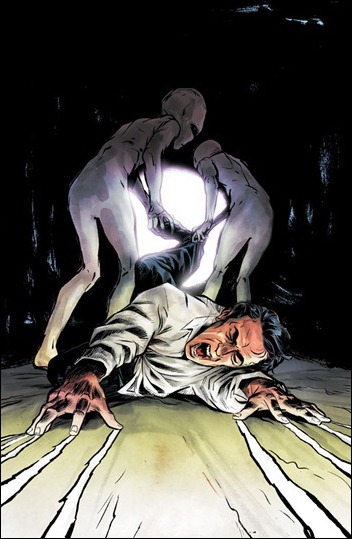 Why is there a gap in the Governor’s files when it comes to Roswell? Michael investigates the secrets of his abduction, powerful enemies gather against the Alvarado campaign, and Arcadia makes the most desperate decision of her life. 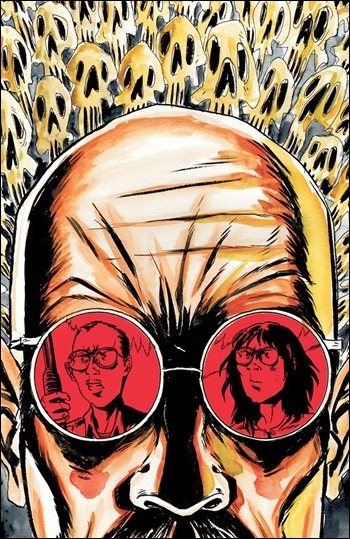 A special stand-alone story called "The Ballad of Johnny and Abbot" with incredible guest art by multiple award-winning artist Nate Powell (Any Empire)! Johnny and Abbot are brothers, but they couldn’t be more different. What created this rift between them, and can Johnny fix it 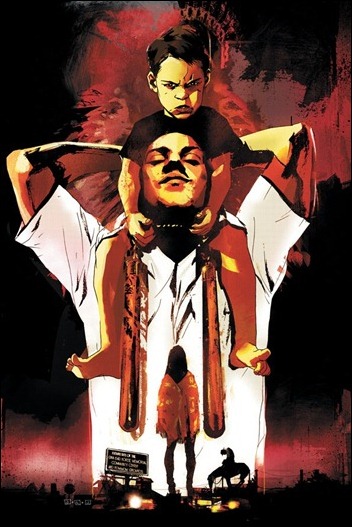 IT ALL ENDS HERE. 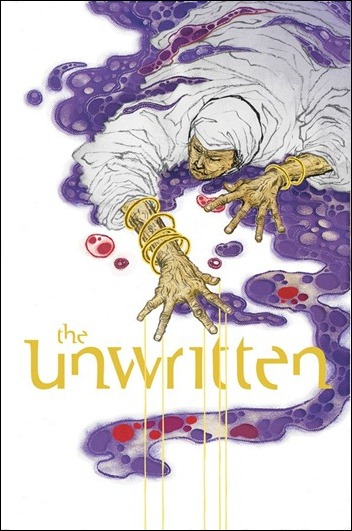 The weird cultists who worship Tommy Taylor are the chief suspects in a series of bizarre disappearances – and a young, relentless detective thinks she’s found a way to crack the case. Plus, puppetmaster Madame Rausch is on her deathbed – but can she find the strength to pull the final strings? 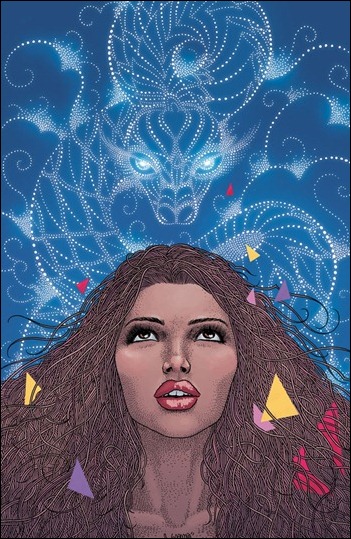 Dominique finds herself trapped at The Crossroads, the pathway between flesh and spirit, where she faces an inquisition from a handful of lethally unpredictable voodoo gods. From sailing the River of Souls with Baron Samedi, god of death, to confronting the overwhelming vastness of the Universe from the back of Damballah the sky serpent, Dominique’s trials will strip her bare… and threaten her very soul.