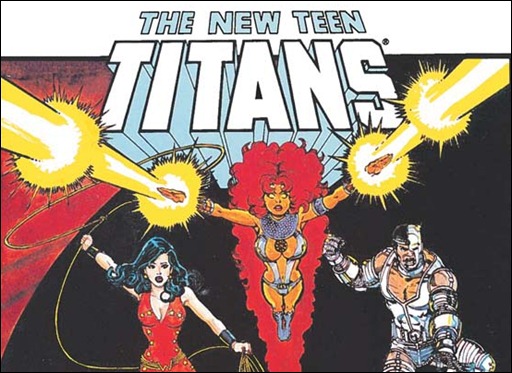 AQUAMAN VOL. 2: THE OTHERS HC

• Aquaman joins up with his old teammates, The Others, to learn who destroyed Atlantis! But as they seek the truth, Black Manta is stalking them all—and Mera learns some dark truths about Aquaman! Don’t miss this second AQUAMAN hardcover!

• In this DC Comics–The New 52 collection, Batman and Robin face off against the assassin called Goatboy as Leviathan’s sinister mission continues to develop!

• Plus: Someone is trying to kill Damian; Wingman and Redbird descend upon Gotham City; and much more!

• Bruce Wayne returns as Batman—and sets his sights on The Penguin, who in turn has his sights on Batman. Plus: Time is running out as Batman works to uncover the secret of the dread Dollmaker!

BIRDS OF PREY VOL. 2: YOUR KISS MIGHT KILL TP

• In this second BIRDS OF PREY collection new villains threaten to expose Black Canary’s dark secret, and the Court of Owls sets its sight on the team!

• Plus, the girls bring an injured Poison Ivy to the Amazon to help her recover.

• In the town of Littleville, CO, a troubled young man stumbles upon the lost H-Dial and all the power it possesses. Can our hero manage harness the power of the H-Dial and protect it from falling into evil hands? Or will this newfound power plunge our hero into madness?

• This new ACTION COMICS hardcover features President Superman, Nimrod the Hunter, The Forgotten Superman and much more! Plus: meet “The Boy Who Stole Superman’s Cape,” in a tale from Clark Kent’s early days in Metropolis!

• Blue Beetle Jaime Reyes has abandoned his friends, family and home, setting out on a path that brings him to New York City. As Beetle struggles with the curse of the scarab that is the source of his powers, a loathsome threat emerges: a predator who stalks runaway children!

FRANKENSTEIN, AGENT OF S.H.A.D.E. VOL. 2: SECRETS OF THE DEAD TP

• S.H.A.D.E. protects the world from supernatural threats—but what happens when the world nearly comes to an end? Frankenstein and his team give their all to help save the world from THE ROT!

• Legendary writer Paul Levitz teams with artists George Perez and Kevin Maguire for this new title starring Power Girl and Huntress! Stranded on our Earth over five years ago, these two heroes are forced to fight evil in strange new surroundings, all while trying to find their way home. In two tales, WORLDS’ FINEST flashes back to how Huntress and Power Girl got to our Earth and what they’ve been doing the past five years, and then back to the present where they fight for the fate of millions against the Irradiated Man.

• In this second collection, Swamp Thing must battle his way through the Bone Kingdom and The Rot to free his ally—and ex-girlfriend—Abigail Arcane. But will the cost of freeing her be…fighting her? Nothing, not even this titanic battle, will prepare Swampy for what he has to face next: a resurrected and even more dangerous Anton Arcane!

• The prophecy of the Blackest Night descends on the DC Universe! Can Hal Jordan lead DC’s champions against an army of Black Lanterns?

• At last, the original run of THE AUTHORITY is collected in hardcover!

• First, the new team battles a nation of super-powered terrorists and stops an invasion from a parallel world. Then, the team faces a godlike invader returns to Earth after eons in exile.

• Different Legionnaires are spotlighted as the team attempts to find a new identity and mission following the epic LEGION LOST. Mon-El, Spark, Magno, Starboy, Karate Kid and Apparition face menaces on their homeworlds while trying to find a way to rejoin the rest of the team.

• Collecting the legendary SECRET ORIGINS annuals from the 1960s, this is an amazing look back at how DC’S heroes gained their powers and abilities.

• A new edition of the acclaimed title from writer/artist Paul Pope!

• In Gotham City, 2039, a federal agent is murdered, leaving The Batman, a forgotten icon from the past, wanted for the murder.

• Collects BATMAN YEAR ONE HUNDRED #1-4, plus a story from BATMAN CHRONICLES #11.

Written by BRIAN AZZARELLO
Art and cover by EDUARDO RISSO

• BATMAN NOIR: EDUARDO RISSO spotlights the art of 100 BULLETS illustrator Eduardo Risso, which casts the Dark Knight in deep shadow on every page. Written by his frequent collaborator Brian Azzarello, this title includes tales from a variety of Batman projects, including “Broken City,” a profound examination of the Dark Knight Detective and the grim metropolis that he protects. While hunting the murderer of a small boy’s parents, Batman is caught up in his own investigation and ruminations, only to fall prey to a deadly new pair of killers who have been stalking him.

• Collecting BATMAN #620-625, the Batman serial from WEDNESDAY COMICS #1-12, FLASHPOINT: BATMAN—KNIGHT OF VENGEANCE #1-3 and a story from BATMAN: GOTHAM KNIGHTS #8.

• In this third massive collection of the hit 1980s, the team battles the villainy of H.I.V.E., face the evil Dr. Light, witness the trial of Deathstroke, and try to rescue the dark hero known as Raven from her own father, Trigon.

• These tales from legendary writer Archie Goodwin focus on The Dark Knight as a hero who stands against the monstrous forces of the night. Includes the Manhunter saga, which culminates in a Batman team-up.

• In this fourth volume collecting The Flash’s 1960s adventures in chronological order, the Fastest Man Alive battles Mirror Master, The Trickster and Captain Boomerang. This volume includes “Flash of Two Worlds,” in which The Flash first meets his Golden Age predecessor.

Written by KURT BUSIEK
Art and cover by STUART IMMONEN

• Set in the real world, SECRET IDENTITY stars a young man named Clark Kent. All he wants is to be a writer, but his daily life is filled with the taunts of his peers, comparing him to the Clark Kent with superpowers—until the day he discovers he really can fly…

SUPERMAN BEYOND: MAN OF TOMORROW TP

• Starring the Superman from the era of BATMAN BEYOND! As Superman’s powers decline, he must stop a foe more powerful than any he’s faced before.

• Collects SUPERMAN BEYOND #0, SUPERMAN/BATMAN ANNUAL #1 and stories from BATMAN BEYOND UNLIMITED #1-10.

• Following the end of the long-running CW hit series, SMALLVILLE SEASON 11 explores Clark Kent’s understanding of his true power as Superman, as well as his ability to inspire the people of Earth. This title features fan-favorite characters including Oliver Queen/Green Arrow, Chloe Sullivan-Queen, Lois Lane, Lex Luthor and General Lane.

• It’s the final TINY TITANS collection, and Batgirl and her pals take over the Batcave! Plus: Coach Lobo’s Secret Soccer team plays the Birds of Prey, our heroes get lost in Metropolis, and the Tiny Titans take a big step toward becoming grown-up heroes!

Written and illustrated by THE USUAL GANG OF IDIOTS

Don’t miss the latest sensational scoop of stuff from MAD — it’s totally useless, but that’s never stopped us before!