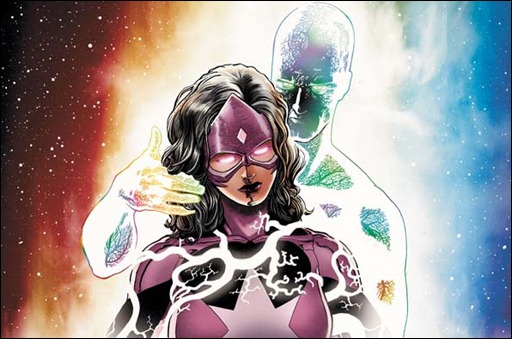 • The epic, universe-shattering “WRATH OF THE FIRST LANTERN” continues!

• Don’t miss the shocking fates of Hal Jordan and Sinestro!

• And the First Lantern continues his cosmic life experiments, but with a great cost to the Corps.

• “WRATH OF THE FIRST LANTERN” continues!

• After having ripped apart Guy Gardner, the First Lantern now directs his singular and horrific power at John Stewart, forcing the Corps to see the light and darkness of their lives in a frightening new way!

• “WRATH OF THE FIRST LANTERN” continues!

• The First Lantern has already devastated Kyle Rayner. Now he sets his sights on Carol Ferris and the rest of the New Guardians.

• How will the First Lantern’s unique, sadistic power shatter the lives of Larfleeze, Saint Walker, Arkillo and the rest?

• “WRATH OF THE FIRST LANTERN” continues! • The First Lantern turns his formidable gaze on Atrocitus and shows the high king of vengeance that everything he believed about himself, the universe and rage has been pitifully wrong. And that’s just for starters.

• Meanwhile Rankorr’s attempts to live a normal life end in tragedy…and a fight to the death with Bleez!