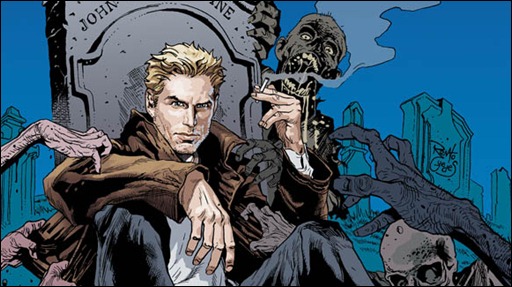 Here are the March 2013 The Dark Group solicitations courtesy of DC Comics.

• The star of JUSTICE LEAGUE DARK is unleashed in his all-new ongoing series!

• Liar, cheater, manipulator…John Constantine is all of these, and yet he uses these skills and more to protect the world from the darkest corners of the DC Universe.

• What Constantine learns in this first issue will shake the very foundations of the New 52…and only he knows how to deal with it!

• The conclusion to the “DEATH OF MAGIC” comes crashing down upon our heroes, as its consequences dramatically shift the status quo of the team moving forward!

• This issue also has ties to the new ongoing CONSTANTINE series, also on sale this month.

• Phantom Stranger is sucked into a metaphysical poker game against the three sons of Trigon!

• The stakes of this game couldn’t be any higher thanks to the host: Lady Luck, in her New 52 debut!

• Amaya becomes the Lady Regent of House Turquoise and discovers the startling truth behind its power!

• A mysterious evil originating from Nilaq is now on Earth, and John Constantine doesn’t like that one bit!

• And in the backup feature, Stalker must defeat Lucifer to save his scion!

• The horrible tragedy of ROTWORLD weighs heavily on the Baker family.

• Nothing will be the same for Animal Man after this issue!

Written by SCOTT SNYDER
Art and cover by YANICK PAQUETTE

• Swamp Thing makes the ultimate sacriface in an attempt save the world from the Rot!

• This issue marks the end of life as Swamp Thing knows it!

• This issue marks a turning point in Roxy and Nelson’s quest for knowledge and delves into the mysteries of the H Dials.

• The information contained in the issue will expand your knowledge of the known universe!

• A major character dies in this issue as the struggle for Andrew Bennet’s soul comes to a conclusion!

• Find out what happens next after this huge change in the status quo of the series!

Written by ROBERT VENDITTI
Art and cover by BERNARD CHANG

• After thirty years, the Demon Knights are slowly pulling themselves back together—but there’s an army of vampires waiting to tear them apart!

• What punishment does Xanadu have in store for Etrigan the Demon?