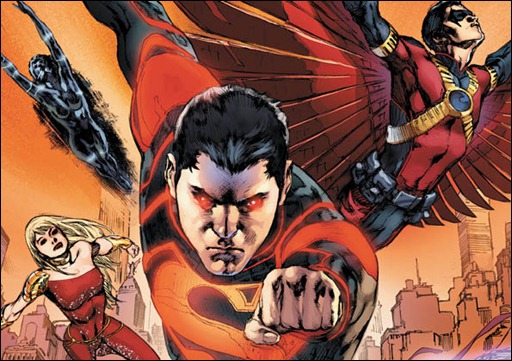 • Separated and in great danger, the Legionnaires must face their greatest foes yet: the new FATAL FIVE!

• Can the Legion’s newly appointed leader handle their greatest enemies?

• Unknown to the Teen Titans, Red Robin’s condition is worsening after the events of “DEATH OF THE FAMILY.” And now Red Robin must face an even greater tragedy!

• The new Dr. Light is coming for Solstice!

• Someone claiming to be Terra’s brother comes to the team. Unfortunately, Deathstroke the Terminator isn’t far behind him!

• The Ravagers are having serious trust issues already, so a visit from the world’s deadliest assassin certainly won’t help!