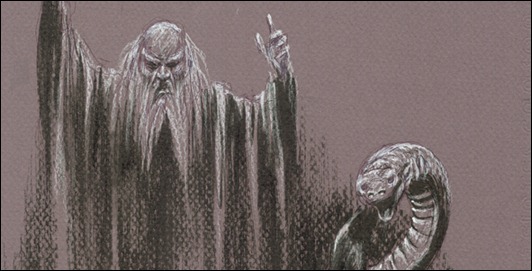 Here are the November 2012 Beyond DC Comics – The New 52 Group solicitations courtesy of DC Comics.

• At last: A lost Joe Kubert classic sees print! The amazing sci-fi epic THE REDEEMER begins in this issue!

• New stories with classic characters ANGEL AND THE APE and the crew of the U.S.S. STEVENS!

• Part 2 of the first Ame-Comi storyline starring female versions of Batman and Robin.

• Based on events directly from the ARKHAM CITY videogame

• The final, climactic battle between Batman and The Joker leads to traumatic ramifications in this epic-length adventure

• The entire digital first, 60-page story, in print for the first time!

• The Joker and Penguin gangs fight for control of the tunnels under Arkham.

• The digital-first saga continues in the print debut of these Beyond adventures!

• Witness the last stand of the Justice League against Kobra in this storyline’s cataclysmic conclusion!

• Superman settles into his new civilian identity as a ghost from his past appears to torment his future!

• “10,000 Clowns” continues as Batman and his allies desperately try to stop the assault on Gotham City!

• The first time in print for these digital first adventures!

• It’s a four-way, knock-down, drag out rumble as Intergang guns-for-hire

• Can BATMAN and SUPERMAN survive these villains and protect the life of – Joe Chill?!

LEGENDS OF THE DARK KNIGHT #2

Written by B. CLAY MOORE
Art and cover by BEN TEMPLESMITH

• The first time in print for these digital first adventures!

• The Dark Knight battles some of his greatest foes in this oversized adventure!

• Who is the Terrible TOYMAN? What does he want, anyway? Where does he get all those cool toys?

• Can’t a Super Family have a Tooth Fairy Party in peace?

• Better save your receipts, because these toys are about to malfunction!

• Hal Jordan is stranded on a hostile planet – and his power ring is running low on energy!

• Will the change last long enough to help the Hammer Tribe defeat the Lizardriders?

• A day at the beach turns into a watery whodunit!

• What other monsters lurk in the depths of this murky mystery?

• One thing’s for sure: Scuba-Doo is on the case!

• DC NATION is back with an all-new, Bat-tacular issue!

• Featuring an exclusive sneak peek at the much-anticipated new series Beware The Batman!

Written by GREG WEISMAN
Art and cover by CHRISTOPHER JONES

• Brainiac has Metropolis under glass and Lex Luthor’s secret weapon is on the loose!

HE-MAN AND THE MASTERS OF THE UNIVERSE #4

• Teela and Adam journey to a mysterious volcano where they’ll face Evil-Lyn and her warlord, MAN-AT-ARMS!

• Can Adam and Teela defeat their former ally?

Written by STEVE NILES
Art and cover by GLENN FABRY

• An overnight stay turns into a terrifying hell for a young family!

• As the horror mounts, the question becomes this: How far would you go to protect your family?