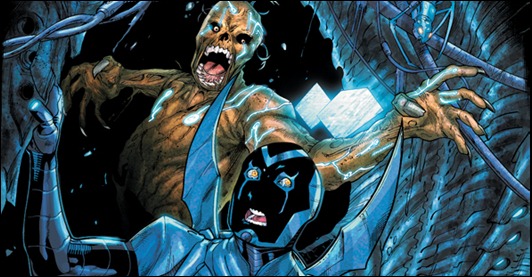 • Wonder Girl must battle her former lover for possession of her stolen armor!

• Is something wicked coming for Tim Drake?

• Caitlin and Superboy reunited – and that’s not a good thing for Ridge!

•Beast Boy’s powers become dangerous as he feels the effects of “Rotworld: The Red Kingdom,” from ANIMAL MAN!

Written by TONY BEDARD
Art and cover by IG GUARA and J.P. MAYER

• Jaime is stranded on Reachworld!

• For the first time, you’ll see the hidden secrets of the galaxy’s most dangerous homeworld!

• The Legion take on space pirates!

• Harvest returns as Kwark the Space Barbarian comes forth to kill!

• The team may have survived The Culling, but will they make it through this adventure?