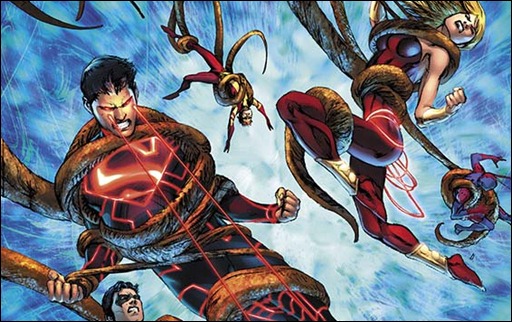 Here are the Young Justice Group solicitations for April 2013 courtesy of DC Comics.

Art and fold-out cover by KEITH GIFFEN and SCOTT KOBLISH

• The Legion of Super-Heroes is lost and hurtling into the sun—is it possible to save them all?

Art and fold-out cover by EDDY BARROWS and EBER FERREIRA

1:25 MAD Variant cover by The Usual Gang of Idiots

• Which new member of the Teen Titans reveals his true colors?

• The latest creature to escape from N.O.W.H.E.R.E. brings death to The Ravagers—but is it animal, vegetable or mineral?