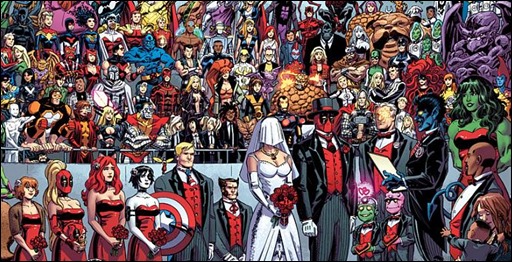 A day you never dreamed would come has finally arrived – as Deadpool and his mysterious bride to be (wouldn’t you like to know?) tie the knot in front of friends and family alike. And in a way only the Merc With a Mouth can! Believe us, this one is going to be…interesting.

“We’re complicating his life and we’ll be pulling him in different directions,” said writer Gerry Duggan in an interview with Marvel.com. “I think that’s something everyone can relate to, and will lead to some more fun comic books.”

The ceremony will be followed by a reception unlike any other – as ‘pool writers of yesteryear return for new stories featuring the garish groom-to-be.  Including Fabian Nicieza, Mark Waid, Joe Kelly, Christopher Priest, Jimmy Palmiotti, Frank Tieri, Gail Simone, Daniel Way & Victor Gischler.

Though gifts are not required, the happy couple has requested you bring your own weapons to the reception. Please RSVP at your local comic shops when DEADPOOL #27 walks down the aisle this April! 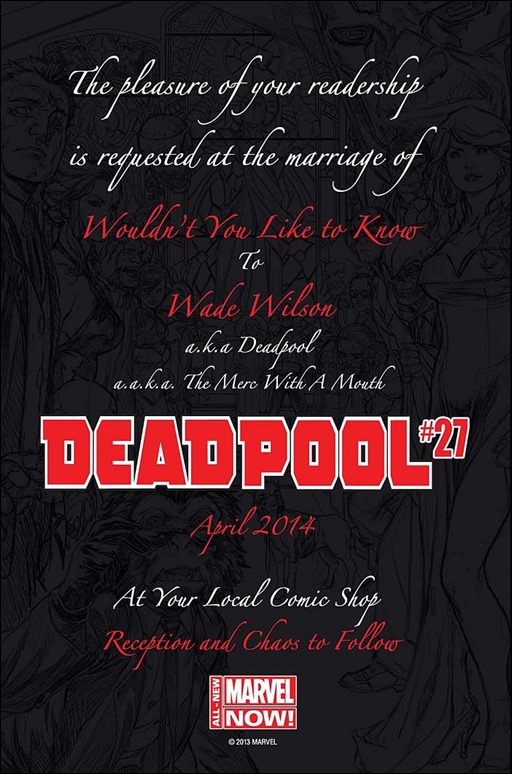 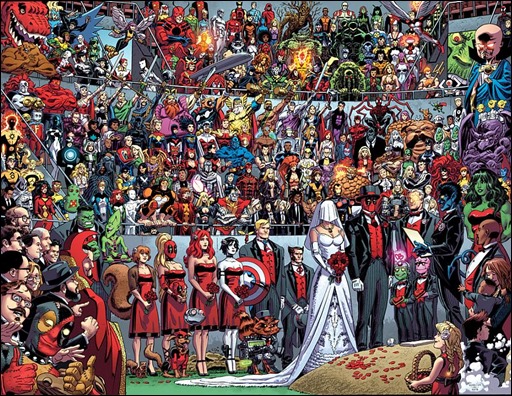