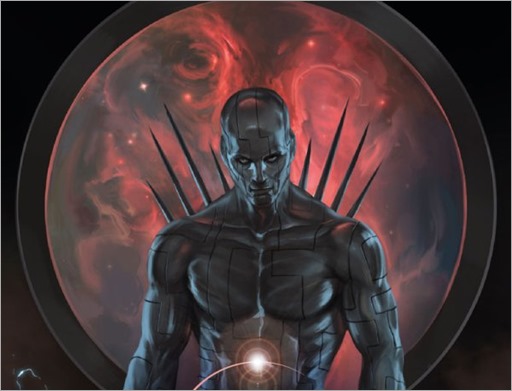 As revealed today at SyFy Wire, Valiant is proud to present the first look inside ETERNITY #1 (of 4) – the FIRST ISSUE of A VISIONARY NEW SERIES coming from the minds of New York Times best-selling writer Matt Kindt (X-O MANOWAR, Mind MGMT) and blockbuster artist Trevor Hairsine (DIVINITY, X-Men: Deadly Genesis)! On October 25th, a brand-new expedition into the unknown awaits… Beyond time… Beyond space… And beyond reality itself! At the farthest edge of all that is… Eternity awaits!

This fall, in the sold-out, critically acclaimed footsteps of DIVINITY, DIVINITY II, and DIVINITY III: STALINVERSE, two of Valiant’s most formidable creative minds unveil a new plane of existence beyond our own and unleash a universe of new worlds, new beings, and new myths… Jump into the year’s most astonishing journey as Abram Adams, the lost cosmonaut known as Divinity, travels beyond the borders of the Valiant Universe to explore the most distant frontier of imagination…to a realm only known as Eternity…

“It’s going to be as big and crazy as we can make it – BUT – with purpose,” series writer Matt Kindt told SyFy Wire. “There are real characters with real heart in this thing, and it’s not weird for weirdness’ sake. There is method and meaning to all of the madness and a sort of larger idea… The themes of fiction and stories and how they impact our thoughts and life decisions – all of that ends up being played out on a large psychedelic canvas in this series. It’s what everything has been building to for the last couple of years.”

On October 25th, go beyond the bounds and into Eternity itself as Matt Kindt and Trevor Hairsine witness the cosmic ignition of a fantastic new plane! A new pantheon of good and evil awaits, only in ETERNITY #1 (of 4) – featuring transcendent covers by Jelena Kevic-Djurdjevic (FAITH), Tom Muller (DIVINITY), Trevor Hairsine (Ultimate Six), Matt Kindt (Dept. H) and Felipe Massafera (Shaper)!

PLUS: Reserve your copies of Valiant’s visionary new adventure with the ETERNITY #1–4 PRE-ORDER EDITION BUNDLE – spanning all four issues of the must-read VALIANT PRESTIGE format limited series! Released monthly from October 2017 through January 2018, each PRE-ORDER EDITION comes packed with trade paperback-style extras and bonus content, including creator commentary, behind the- scenes looks at the creation of the comics, process character designs and artwork, and first looks at upcoming issues – plus an exclusive cover by interior artist Trevor Hairsine that can’t be found anywhere else! 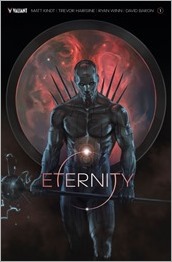 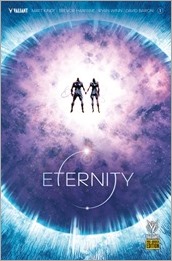 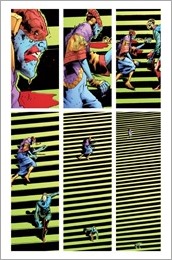 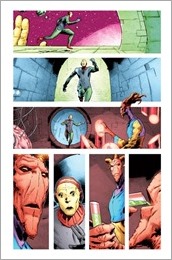 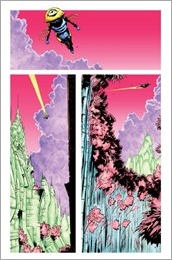 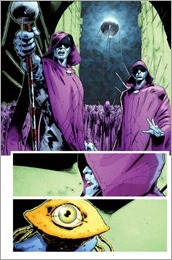 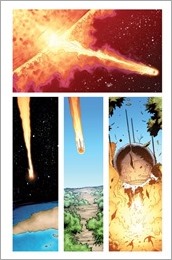 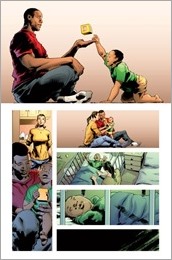