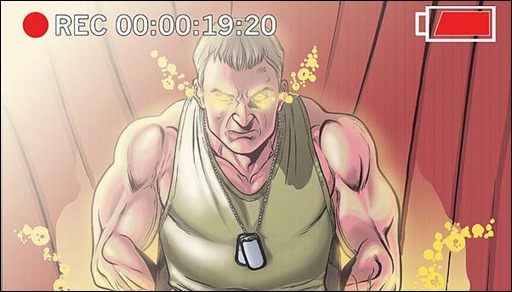 A WORLD OF SUPERPOWER-FUELED CRIMINAL INSANITY
GIVES BIRTH TO ITS FIRST SUPERHERO.

What if everyone who ever had superpowers had gone insane and became a threat to society?  If one man were to manifest powers yet somehow keep his sanity, would he choose to use his new abilities to help the innocent?  Or would he keeps his powers a secret to protect himself and his loved ones from a world that hates and fears his kind?  These are the questions asked in THE F1RST HERO, the latest release from Action Lab Entertainment.

Written by radio host/pop culture commentator and professional wrestler Anthony Ruttgaizer, the series is couched in real world events.  Jacob Roth, a US Marine serving in Afghanistan, is just a few days shy of returning to the States.  In the heat of battle, Roth discovers that he is an “extrahuman”, a being whose extraordinary abilities normally come at a horrible price.  But even if he masters his new powers, Roth must still deal with a society that will see him as a ticking time bomb, easier to dispose of than to defuse. 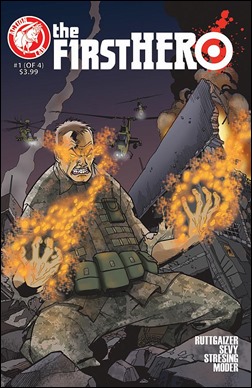 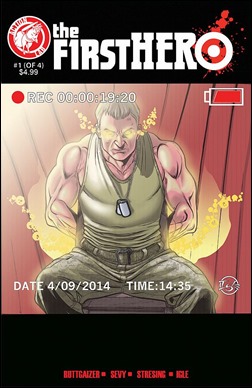