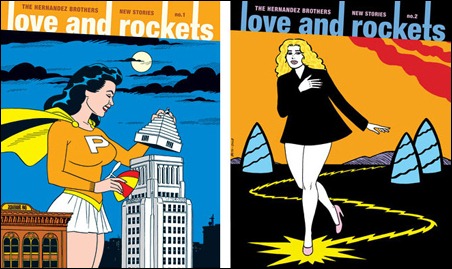 Today in a wide-ranging panel celebrating the 30th anniversary of publishing the Hernandez Brothers’ groundbreaking Love and Rockets series co-publisher Gary Groth, president of the 36 year-old publishing house, announced Fantagraphics Books’ entrance into the digital age through a brand new digital distribution agreement with comiXology, the revolutionary digital comics platform with over 75 million comic downloads to date and a library of more than 25,000 comics and graphic novels.

To mark the occasion, Fantagraphics Books and comiXology have immediately made available the first four issues of the Hernandez Brothers’ phenomenal Love and Rockets: New Stories. Groth also announced that following Comic-Con, comiXology will debut Love and Rockets: New Stories #5 on the same day as the print release is available in comic book stores this September. Subsequently, Fantagraphics will begin to release certain titles from their extensive front list and back catalogue across the entire comiXology platform.

“Fantagraphics Books is one of the longest running, independent comic publishers around with an incredible array of titles. I’ve been chasing them for three years to be a part of our platform and am thrilled not only to bring their books to the digital world, but also to be a part of celebrating the 30th anniversary of Love and Rockets," said comiXology co-founder and CEO David Steinberger. "I’ve long been a fan of Hernandez Brothers’ work, and couldn’t think of a better way to kick off our new relationship with Fantagraphics. There are many happy people in the comiXology offices today.”

"We’ve been exploring our digital options for a few years now, and the more I learned, the more I kept coming back to ComiXology," said Eric Reynolds, Fantagraphics Books Associate Publisher. "Seeing these first four issues of Love and Rockets: New Stories in comiXology’s Guided View is exciting.”

Fantagraphics and comiXology worked closely together to acquire the highest resolution source material to make sure these volumes of Love and Rockets: New Stories look great in comiXology’s new high–definition comic format — CMX-HD — for Love and Rockets fans that are reading on the new iPad. 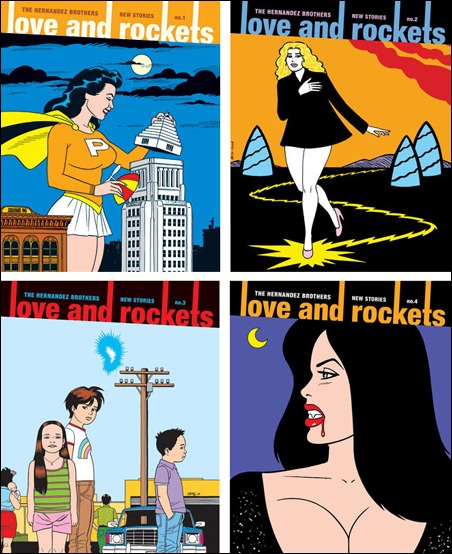