Fantagraphics Underground Press (FU Press) is a new micro imprint of Fantagraphics Books that deals with projects that fit in between the self-publishing and mainstream markets. Beginning in October 2014 FU Press will not only offer, but help promote, titles that inhabit the rarified air of the small press and niche markets. 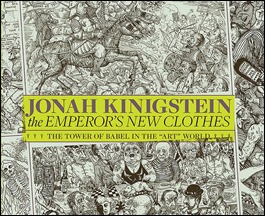 been to publish comics and cartoons that take risks and reflect the uncompromising vision of the artist. It’s also crucial for us to put out books that will survive in an unforgiving mass market, but, what about work that doesn’t quite fit into our standard business model? Work by relatively unknown cartoonists that’s innovative, quirky, idiosyncratic, oddball, experimental, or downright crazy, work by established cartoonists that’s simply off-kilter or too obscure to sustain a mass market release, or archival work by significant cartoonists who have been overlooked and that might otherwise be short-shrifted due to the commercial demands of the traditional marketplace.

The FU Press imprint will inhabit a space between self-publishing and mass-market publishing. We’ll print limited editions (between 100 and 500 copies), market them on our website, help arrange signings and convention appearances, and sell them at comic festivals and to a select few comics shops across North America. New Jersey based independent printer, Jon Barli, will be supervising the printing and production of all the FU Press books. With such an ever-changing landscape, we have the opportunity to produce exciting and hand-crafted editions in short runs here in the United States utilizing a wide gamut of printing methods and formats: everything from a traditional digital-offset paperback to a hand sewn jacketed softcover to an epic accordion book; as projects demand, we can utilize silkscreen or letterpress, or any combination, and create truly artisanal books.

“I’m terrifically excited to be a part of Fantagraphics’ new effort to bring noteworthy projects out from underground,” explains printer Jon Barli. “We’re not placing any limitations on ourselves and aim to break new ground.”

Fantagraphics wants the cartoonist to be as involved in all of these areas as he or she wants to, but we’re willing to do the heavy lifting, allowing the cartoonists to focus on their creative work without worrying about every step of the commercial process – the logistics and financial hassles of printing, distribution, and promotion. 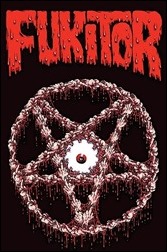 The first two FU books will debut at Small Press Expo (SPX) in Bethesda, MD and be available for purchase by mail in October of 2014. They are both violent responses to different aspects of pop culture, high and low. Jonah Kinigstein’s The Emperor’s New Clothes: The Tower of Babel in the “Art” World is an 80-page oversized landscape-format softcover collecting Kinigstein’s political cartoons inveighing against the trends of abstract and modern art through the 20th century. Meticulously rendered in pen and ink in the tradition of George Townshend and James Gilray, the elaborate compositions skewer artists, curators, and critics. Jason Karns’ Fukitor is an attack of a different kind: reprinted from the artist’s self-published zine, the book is a 144 page compilation of full color comics that reside uneasily between a straight and satirical response to the violence, xenophobia, and sexual and racial stereotypes found in pop culture.

Future projects include portfolios of drawings by Richard Sala and Guy Colwell, and a reprint of seminal underground/alternative cartoonist George Metzger‘s Beyond Time and Again.

It’s fitting that the name of the imprint is Fantagraphics Underground (FU Press) – since underground comics were a source of inspiration when Fantagraphics started publishing The Comics Journal in 1976; in 1981 Jack Jackson’s Los Tejanos was the first “graphic novel” we ever published. The underground comics movement was a guerilla model we looked up to: uncensored expression, author ownership, and work that could only be published outside of mainstream channels. FU Press is a return to our roots.