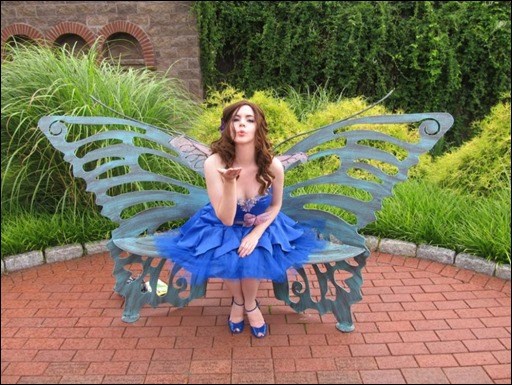 The Comic Book Critic Featured Cosplayer for April 22nd, 2013 is: 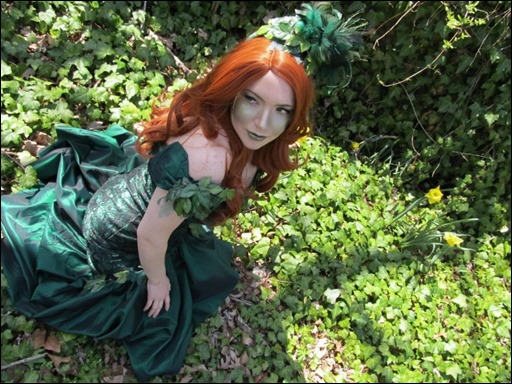 It came about pretty naturally. I always got creative with Halloween costumes. Even as a kid, I never wanted to settle for store bought. I like playing with designs and ideas, I enjoy the creativity costuming allows me. I worked at a haunted event for several years and often did ‘thrift-store costumes’ that I added onto myself. Heading to a con in costume was pretty much inevitable!

That’s hard to answer. I made an Asuka costume for my first convention. But really, I consider my first costume the Catwoman I put together when I was but a wee cosplayer, maybe six or so. 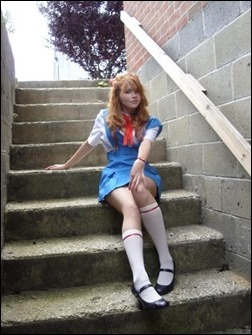 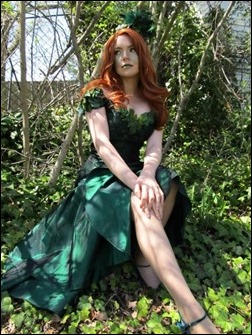 Do you model other than cosplay?

Any ‘modeling’ I do is through cosplay. I wear costumes to paid events at comic book shops from time to time, and I wear costumes or costume pieces for Logan’s Closet and other commissioners on occasion. I certainly couldn’t pay the bills by modeling, but it does take the edge off convention expenses.

Do you make and/or design your own costumes?

It’s a mixed bag. I’ve made some from scratch, I’ve ordered base suits or dresses and added on to them, I’ve taken catsuits apart and put them back together differently, I’ve also commissioned costumes from some very talented people! I enjoy making hats, belts, ‘hard’ accessories and pieces best. I don’t love sewing but it’s a necessary evil in costuming. When I plan on doing a classic version of a character I like to be as accurate as possible. But some of my favorite costumes are the ones that I’ve put my own spin on, adding a vintage or pin-up styling to them. 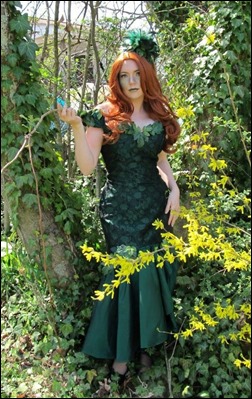 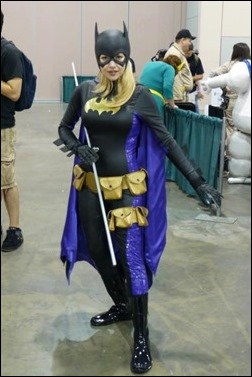 What are your favorite characters?

This is a tough one. I have cosplayed already or intend to cosplay a lot of my favorite characters, so differentiating is a bit hard. My list of overall favorites includes Asuka Langley, Dana Scully, Niles Crane, Stephanie Brown, Jean Grey, Himura Kenshin, Kamiya Kaoru and Harley Quinn among countless others. Playing Rogue was a ton of fun and got a great response, but I feel really powerful and awesome as Jean.

Which character do you find the easiest to play and which is the hardest?

Stephanie Brown (Batgirl) was the hardest. Imagine wearing a plastic-coated catsuit, heavy pleather cape, gloves, boots, itchy wig with rubber cowl over it in the middle of the summer. I felt as if I would pass out at any moment in that costume, it was difficult even to hold it together for poses. I also bleached my eyebrows to match the wig which I regretted during the growing-in process. The easiest… I can’t say that there’s an ‘easy’ costume to wear. I like wearing Jill because it’s a more realistic outfit, and I found Rogue to be rather comfortable. 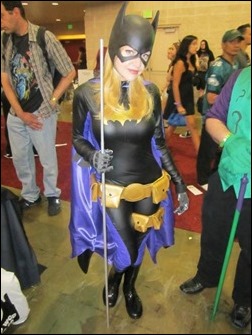 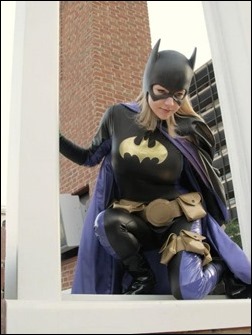 What do you like to do in your spare time, other than cosplay?

I just bought my first house, so lately I’ve had no shortage of things to do. I’m working on painting several rooms and putting in new flooring, cleaning up the yard and hunting down good deals on furniture. So my spare time is more or less spent decorating! There’s a good chance that if you ran into me randomly I’d be covered in paint. Other than that, I enjoy watching horror movies and going to amusement parks. I really can’t have enough roller coasters in my life. I love dancing, having a drink with friends and relaxing at home. I have a personal goal of getting back into community theatre or improv troupe acting within the next year.

I prefer trade paperbacks to individual comics, so I do read comics– but I’m always behind. Overall my favorites include The Astonishing X-Men, Stephanie Brown’s run as Batgirl, and the Dark Avengers and Thunderbolts series. 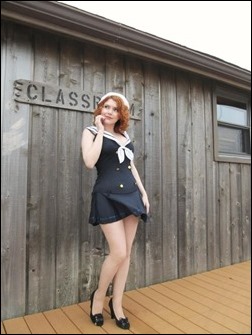 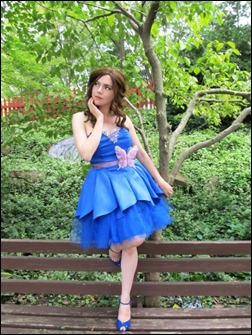 Are there any particular events or conventions that you prefer to appear at and how many do you usually attend in a year?

Urgh, I always plan to attend a million cons but generally make it out to two a year. My favorite cons are mid-sized, I’d prefer a good Wizard World to the insanity of SDCC. I try to get to other events like the Renaissance Fair every year as well. Here’s to hoping I can get to Dragon Con or NYCC this year!

At the top of the list is the time I met Stan Lee. A group of friends and I were walking around the dealer’s room when we happened by the man himself. He pulled us over for photos and we had a nice long chat! It was really surreal. There’s a picture of me sitting on his lap that is pretty much the icing on my cosplay cake. I feel really honored and lucky to have been there. Another great memory is from my first con, I was dressed as Asuka and stopped to grab a bite to eat. A man approached me and asked me to "double-fist punch him" over the head in a photo. I realized that I’d found my place in this world, among fellow nerds who aren’t ashamed to be different. 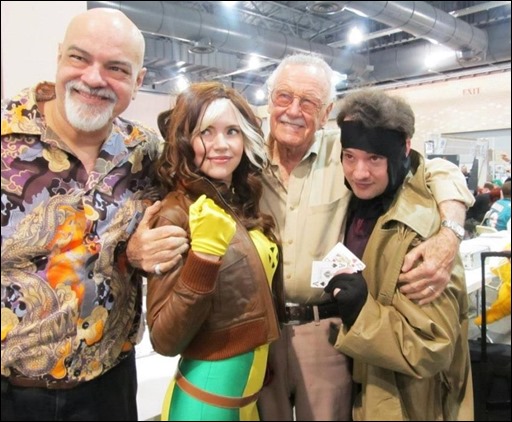 Yes. There’s a tremendous pressure I put on myself to look as good as I possibly can, to make sure the costume, makeup and wig are perfect, to be in the best shape I can possibly be in, to master the poses and really bring that character to life. I’m sure others feels this way. You don’t want to let yourself down, to not do your favorite character justice, or to feel like you could have done more. There’s also the dark side of this community. We all know what that is. Cruel online remarks from overly critical strangers can really kill the joy in this hobby. There’s also the expense to consider, and that expense is CERTAINLY considerable. Between travel, hotel, food and costumes the money really adds up quickly. However, there’s so much that’s wonderful about this hobby. I’ve made some amazing, kind, talented friends through cosplay and I’ve had some experiences I wouldn’t trade for the world. 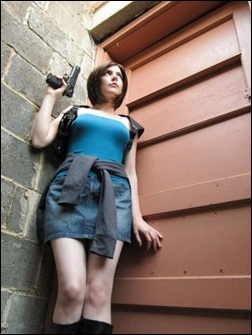 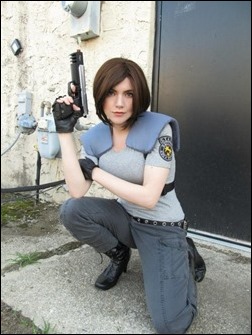 Oh my. My friends Lulubird and Ayanamirei*yay*, the wonderful Larry of Beyond Creative Costumes, Dan the Man of Logan’s Closet, the super-talented Nokindoflife, the awesome Freddie Nova and the most amazing and funny Aaron, I could just make this a huge list of my friends really. I’m constantly blown away by their talent! Friends, you are incredible. Though I don’t know her personally, Royoko-demon completely rocks. She knocks it out of the park with every. single. costume! I met the gorgeous Vampy Bit Me at a comic con and she was the sweetest thing in the world, and didn’t mind me bashfully geeking out over her. <3

Errr, let’s see. Five years now? On and off? Now I feel old. 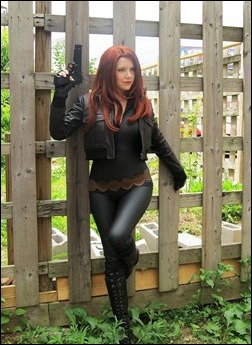 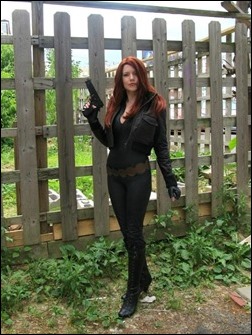 Too much! Well, sometimes, none at all. But I’m often thinking about it, even if I’m not actively making a costume. If I’m preparing for a con then it pretty much sucks up most of my free time for several weeks or months.

Not everyone will like you. Ignore them. This in no way way should impact your feelings towards yourself or this hobby. Make friends, ask for advice, don’t be afraid to try something and fail. It’s only a hobby, it’s about fun! Be kind to others, don’t be jealous. Get your hands messy. Dig in. Don’t forget to pay your bills! 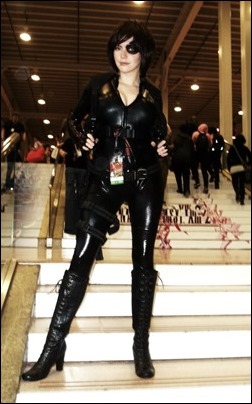 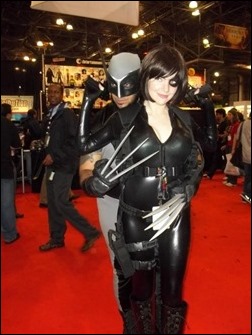 I wish I could go back and tell myself, during stressful times, that everything would work out okay. "Remember, the sun will still rise if that seam is crooked," I would have said, and then the other me would completely disregard myself. I wish I could have planned certain cons and costumes differently and saved myself a lot of money and frustration. Live and learn!

Hopefully…  Doritos, comic cons, a good nap, the ability to move objects with my mind, silly cat antics, and an excellent hug or two. 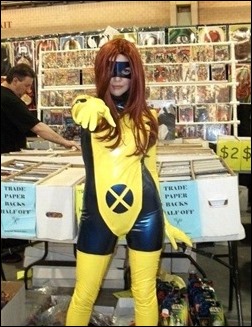 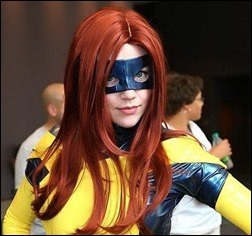 Chosplay, thanks for taking the time to answer our questions. We look forward to seeing more of you in the future!

If you want to see more of Chosplay, check out the information below: