FIRST LOOK OF DYNAMITE’S ASH AND THE ARMY OF DARKNESS #1! 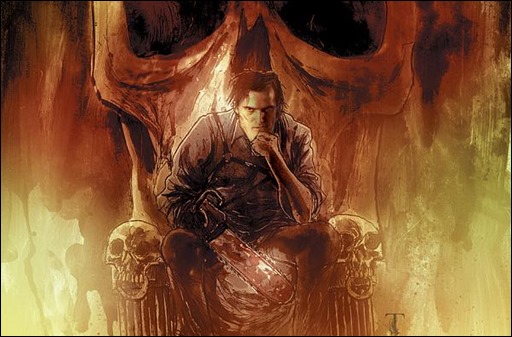 Your first look at Ash and the Army of Darkness #1 by Steve Niles and Dennis Calero, featuring a cover by Ben Templesmith, courtesy of Dynamite Entertainment.

Dynamite is proud to show the first look at interior pages for Ash and the Army of Darkness #1, a new comic book that continues the story the smart-mouthed hero of the 1992 cult-favorite film!

Written by Steve Niles, acclaimed author of 30 Days of Night and Batman: Gotham County Line, this series horror/action series with dark comedic overtones will please all Army of Darkness fans! Ash and the Army of Darkness #1, with interior art by Dennis Calero and covers by Ben Templesmith and Dennis Calero hits stores October 30th!

Here’s an interview with Ash and the Army of Darkness writer, Steve Niles!

At times, Ash Williams is a square-jawed, resolute bad-ass. At other times, he’s a complete spastic goofball.  What are your thoughts on how these two very divergent aspects of his personality may play a role in your storyline?

Ash is kind of the perfect horror character because of the way he responds to danger. Ash is capable of extreme violence but at the same time he has a pretty good sense of humor about things. I think that’s one of the things that makes him invulnerable, because he laughs at the most horrible things and can joke in the most dangerous situation. His sense of humor and goofiness is sorta his super power. Ash is our eyes on the world and it’s his reaction to heinous events that brings out the humor. It’s one reason I chose the Dark Age setting. I love how he reacts to what he sees as primitive. Always cracks me up.

You’ve penned some very dark horror comics over the years – really pushing the boundaries and showing us that comics can be truly scary again.  What should we expect from the tone of the new ASH AND THE ARMY OF DARKNESS series?

I am shooting for equal parts scary and funny without either stepping on the other. That’s why almost all the humor comes from Ash’s reactions. The curse of the dead is very serious and it is only through Ash’s eyes we are able to laugh. I don’t want people to feel too safe because of the jokes. There will still be extreme horror. Dennis’ art is perfect for what we are going after. It’s very realistic so the horror is in your face and the comedy plays much better.

ASH AND THE ARMY OF DARKNESS returns the titular hero to the familiar setting of the Middle Ages.  What’s the appeal of the medieval time period for this new adventure?

There is nothing better for scares and humor than placing characters completely out of their element. The Dark Age setting offers so much in the way of keeping Ash off balance, which is when he is at his best. We see a side of him I love, a romantic adventurous side.

You should anticipate those and many many more. The world that Ash returns to is much worse than the Dark Ages he left. Armies of the dead have destroyed kingdoms and are spreading fast. In the film the curse was limited, in the new series it threatens to go global. We’re going to see all kind of dead and undead creatures, twisted version of Ash and others. There will be deadites and cults and witches and all evil.

You’re a longtime ARMY OF DARKNESS fan.  Would you be willing to share a particularly fond memory of how the film impacted you, or perhaps your thoughts on AOD fandom?
The Evil Dead films were huge for me. As an indie guy seeing Raimi and crew do what they do and without the help of major studios was a huge. I remember seeing the end of Evil Dead 2, which sets up AOD, and just about losing my mind. That was the last thing I expected and in that one scene they turned the franchise on its head and expanded the scope.

ARMY OF DARKNESS is Dynamite’s flagship title, a series with many contributors and incarnations over the past decade.  What will readers need to know coming into ASH AND THE ARMY OF DARKNESS?
Readers are going to get what they want I hope. I am loading this thing with so much action and horror weirdness. Ash is more than just a funny action hero in this series, he is crucial to the survival of the world as we know it. THAT in itself cracks me up. Ash is our savior? We are doomed! Haha. Seriously though, this comic is writing itself. Ash and the world of darkness is so rich and full of shocks and surprises.

What parallels would you expect your fans to see between the type of story you wish to tell in ASH AND THE ARMY OF DARKNESS, and those stories told in your past projects?
If we had to make comparisons I’d say people can expect a tone not unlike my series Criminal Macabre or The Ghoul or even Mystery Society where action, horror and humor go hand-in-hand.  I’m not going to hold back of laughs or scares. We will see extremes of both.

What’s the most important thing you want fans and retailers to know about the new, improved ASH AND THE ARMY OF DARKNESS?
Fans can expect the Ash they know and love in an amped-up, new series full of terror and laughs. I have signed on for the long haul so they will get books monthly. Besides Simon Dark, I have never done a monthly title so I am getting to use muscles I’ve never used before. I want old and new fans to enjoy the ride so I am putting everything into this one. 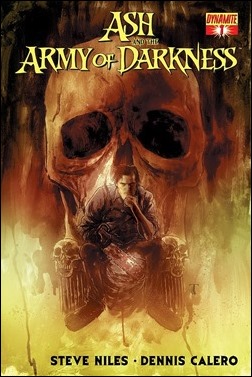 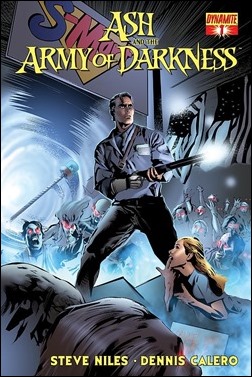 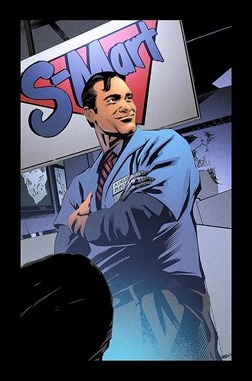 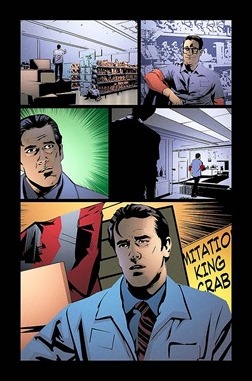 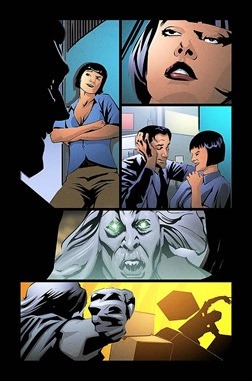 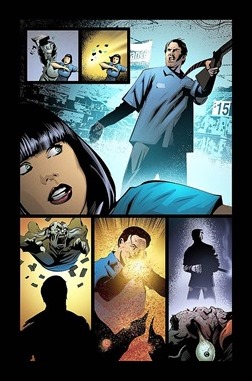 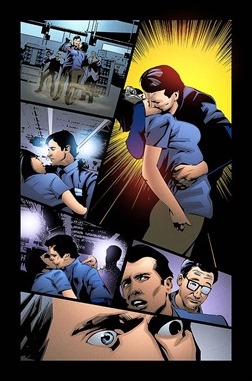 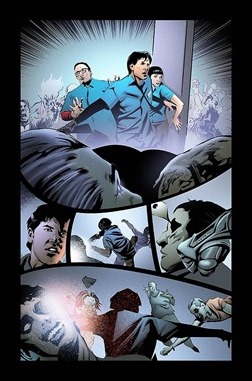