One of These Heroes Will Become a Villain! Your First Look at
AVENGERS UNDERCOVER #1! 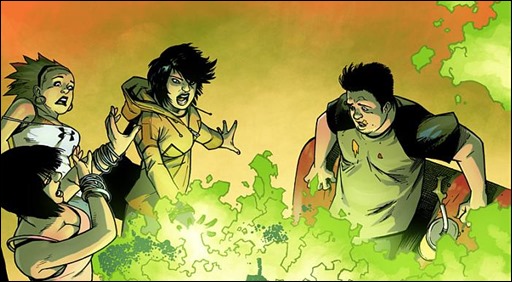 This March, ask yourself the question: If you were a teen superhuman and all the adult heroes failed you when you were kidnapped and tortured, would you switch sides and break bad? Marvel is pleased to present your first look at AVENGERS UNDERCOVER #1 from Harvey Award winning writer Dennis Hopeless and critically acclaimed artist Kev Walker!

Damaged, broken, and forever changed by their experiences in Murder World, five conflicted young superhumans are out to prove to the world they can still be heroes. Now, Bloodstone, Hazmat, Deathlocket, Cammi, Anachronism, Chase, and Nico are going rogue and heading deep undercover with the Masters of Evil. And they’re going to take them down from the inside!

But the longer these teens spend undercover, the deeper they descend into darkness. And the line between good and evil blurs. Before it’s all over – a new super villain will be born!

“In many super hero comics, the series jumps from adventure to adventure, never taking the time to dig deep and explore how a traumatic event would truly effect the protagonists. AVENGERS UNDERCOVER turns that situation on its head by using this trauma as the starting point, “ says editor Bill Rosemann. “What happens after your teachers abandon you? Where do you go when you no longer fit in with your old life? When the world has rendered their judgment as to what lies in your heart, how to you prove otherwise? Dennis and Kev have the answers—and to get them you’ll have to follow our heroes down a rabbit hole of pure evil.”

“There aren’t any rules this time,” says writer Dennis Hopeless in an interview with Marvel.com. “The game is over and the kids who have survived have to go back to real life. AVENGERS UNDERCOVER is the story of what that feels like. We explore the PTSD of the thing.”

“What sorts of life decisions do these kids make once they realize that they don’t really fit into their old lives anymore?” continued Hopeless. “Can they get any of it back? If so, how? And if not, what’s next?”

Their time in Murder World prepared them for death. But nothing can prepare them for their new lives among the Masters of Evil. The longer they stay undercover, their path’s become more clear: Join up with the Masters of Evil for real, or be discovered and killed! If you thought Murder World was dangerous, you haven’t seen anything yet – and it all starts this March in AVENGERS UNDERCOVER #1! 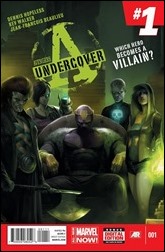 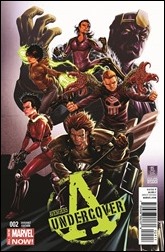 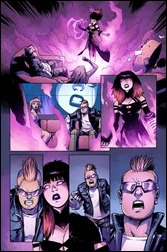 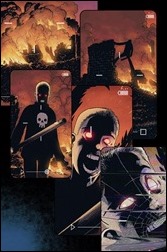 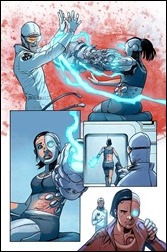 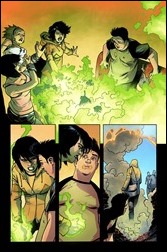