As revealed today by the Associated Press, the landscape of the Valiant Universe is changing forever this January in the Harbinger #20 – the FIRST ISSUE of “RESISTANCE,” an all-new story arc from New York Times best-selling creators Joshua Dysart (Harbinger Wars) and Clayton Henry (Suicide Squad)!

A whistleblower named Ax has just unleashed a secret with the potential to change the course of human history – superhumans walk among us…and billionaire philanthropist Toyo Harada may just be the most powerful of them all. As a “psiot” with nearly unlimited telekinetic potential, Harada and his secret Harbinger Foundation have shaped the world from the shadows for more than half a century, using their abilities to secretly control the balance of power. Treason. Conspiracy. Mass murder. Harada’s crimes are too numerous to count…but he won’t be held accountable by the laws of mortal men. Instead, he’s about to seize the opportunity to inflict his agenda on the governments of the world…and his former protege Peter Stanchek will soon become humanity’s only hope of nullifying a tyrant from whom no secret is safe.

The Valiant Universe discovers the true of face of its very first super-villain – and meets the Renegades who would oppose him – when “RESISTANCE” ushers in humanity’s next great upheaval beginning on January 15th in Harbinger #20!
Read the complete coverage here at the Associated Press.

For more information on Harbinger and the rest of the Valiant Universe, visit Valiant on Facebook, on Twitter, and at ValiantUniverse.com.
For Valiant merchandise and more, visit Valiant.CinderBlock.com. 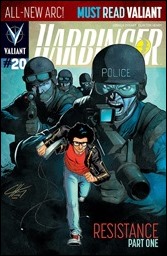 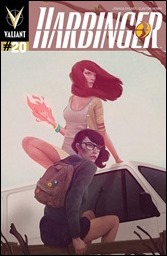 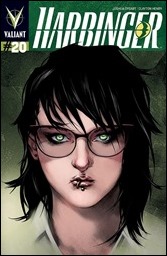 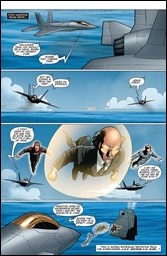 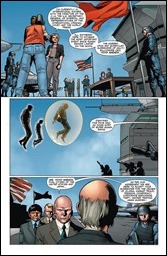 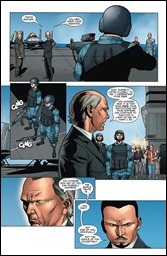 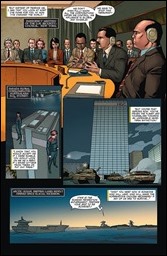 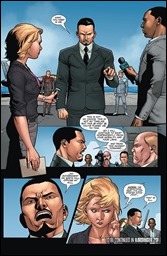