Your First Quacktastic Look at
HOWARD THE DUCK #1 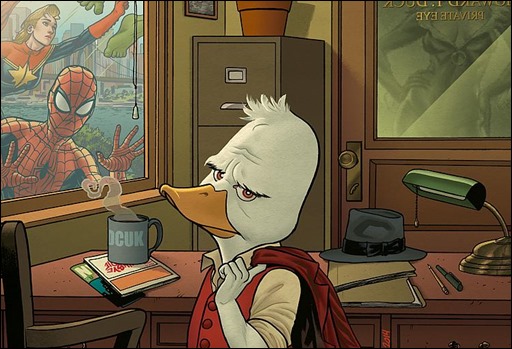 Here’s your first look at a couple of interior pages from Howard The Duck #1 by writer Chip Zdarsky and artist Joe Quinones, on sale March 11th, 2015 from Marvel Comics.

He’s a person just like we are….only he’s also a duck. This March, that fine fowl returns to the pages of Marvel Comics in HOWARD THE DUCK #1 – the new ongoing series from writer Chip Zdarsky (Original Sins) and artist Joe Quinones (Savage Wolverine)!

Today, Marvel is pleased to present your first look inside the highly anticipated debut issue. Get in on the ground floor for the new series that will have the whole industry talking! Be there when Howard the Duck ventures through the Marvel Universe, trapped in a world he’s grown accustomed to, as the Marvel Universe’s new resident private investigator.

Marvel as he takes on the Black Cat, She-Hulk and mysterious forces from outer space! Plus maybe even a gun-toting Raccoon! (Three guesses on that one!)

“We’re thrilled to be bringing Howard back to the stands!” says series Editor Wil Moss. “The stuff Chip & Joe have planned for this series…well, to be honest, I don’t know if we’ll be able to publish most of it. But the stuff that does clear with legal is going to be amazing!”

Don’t miss the ongoing adventures of Howard T. Duck, Private Investigator as he gumshoes his way through the Marvel Universe in HOWARD THE DUCK #1 – coming to comic shops and digital devices this March! WAUGH! 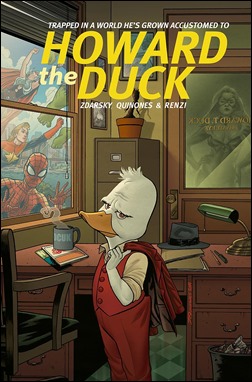 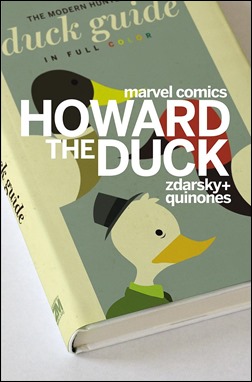 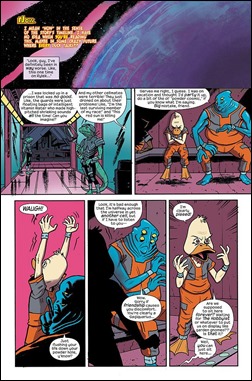 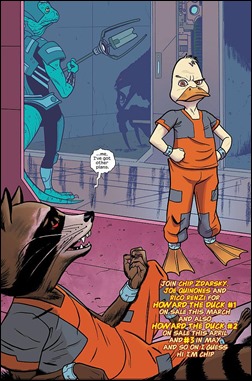