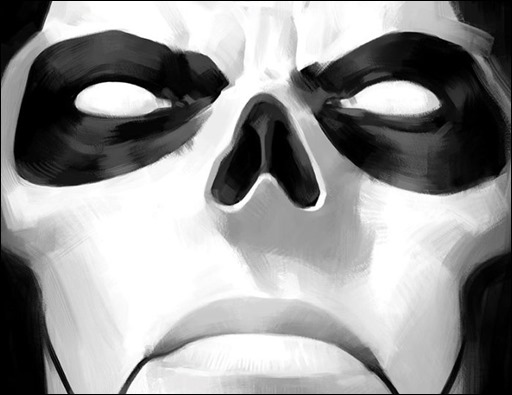 In the epic tradition of X-O MANOWAR and BLOODSHOT REBORN, a staggering new beginning for Valiant’s supernatural icon starts here on March 28th with PART ONE of “FEAR OF THE DARK” – a tense and gripping three-issue introduction pushing Jack Boniface to the farthest edge of fear itself…and into a startling, adrenaline-fueled fight for survival as Shadowman takes command of the birthright he was born to uphold!

“It’s a story about stepping out of the shadows and embracing the light. Trying to move on from your own mistakes and be a better man. Of course, it’s not easy,” said writer Andy Diggle. “As Shadowman, Jack will never fully be able to escape his own demons. It’s about learning to live with them. And as he comes to a better understanding of himself and his family’s legacy, he’ll discover whole new worlds and new powers he never even imagined he had.”

Don’t fear your demons… Fight them! Orphaned at birth and raised on the margins of society, Jack Boniface never knew his place in the world. Until he discovered it waiting for him…in a darkness far older than the reign of men…

But now, after years of self-imposed exile, the man once known as Shadowman is returning home to sharpen the weapon within…and unleash a reckoning on the evils of our world that will soon send shockwaves through heaven and hell alike… 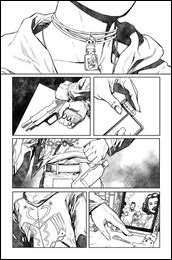 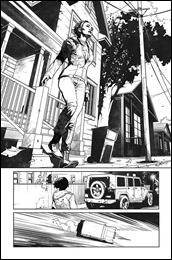 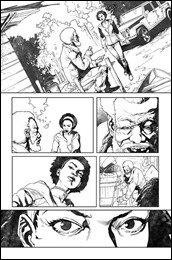 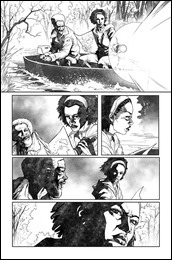 “Andy Diggle is a phenomenal new addition to Valiant, and he brings an incredible amount of vision and precision to his long-term plans for one of Valiant’s most seminal characters,” said Valiant Editor-in-Chief Warren Simons. “Together with the exceptional Stephen Segovia – who is delivering page after page of stunning, career-defining work on this series – this team is gearing up to unleash what will be one of Valiant’s most important series and a central new pillar for our publishing line.”

In the wake of “FEAR OF THE DARK”’s blockbuster-level gauntlet of action and intrigue across issues #1-3, SHADOWMAN will then continue in 2018 and beyond as Andy Diggle forges ahead with a riveting, two-year roadmap that will redefine the boundaries of Valiant’s paranormal underworld…and that together will encompass the most ambitious and fearsome Shadowman tale ever told.

“Make no mistake: SHADOWMAN #1 will be Valiant’s single most important monthly series launch of 2018,” said Valiant CEO & Chief Creative Officer Dinesh Shamdasani. “Over the past year, we’ve dedicated a vast amount of time and resources to cementing tentpole series for our most beloved and demanded characters, and Shadowman has long been at the top of that list. This is one of the most vital, but as-yet unexplored, mythologies in the whole of the Valiant library. Together, Andy Diggle and Stephen Segovia are going to be leading off a massive slate of surprises – wait until you see the second arc! – that are going to make Shadowman an integral component of Valiant’s bold plans for the future.” 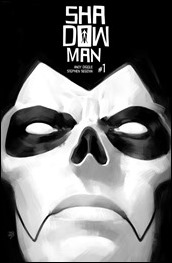 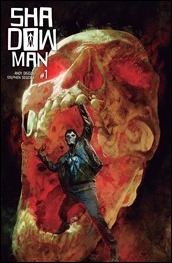 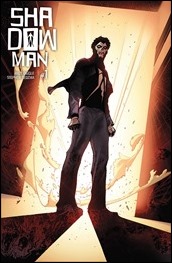 PLUS: Valiant is rewarding fans who reserve the first arc of Valiant’s next essential ongoing series with specially expanded, limited editions of each issue in the SHADOWMAN #1-3 PRE-ORDER EDITION BUNDLE – available only as a pre-order set! Released monthly from March through May 2018, each Valiant PRE-ORDER EDITION comes packed with trade paperback-style extras and bonus content, including creator commentary, behind-the-scenes looks at the creation of the comics, process character designs and artwork, and first looks at upcoming issues – plus an exclusive cover by visionary artist Raúl Allén (SECRET WEAPONS) that can’t be found anywhere else!

The only way to obtain the SHADOWMAN #1-3 PRE-ORDER EDITION BUNDLE is to reserve this limited item with your local comic shop by the initial order date (IOD) of January 24th, 2018! No more copies will be made available beyond that date and subsequent issues will not be offered in later solicitations! 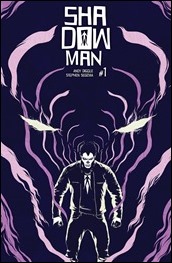 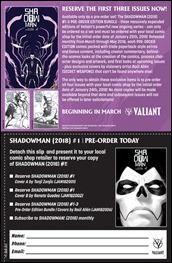 THEN: In honor of the all-new SHADOWMAN #1’s long-awaited debut, Valiant can also reveal that the series’ must-read first issue will also feature the publisher’s first fully GLOW-IN-THE-DARK variant cover! Available to retailers who place qualifying orders for SHADOWMAN #1, this ultra-limited edition of Valiant’s most anticipated ongoing series debut of 2018 will recast the cover artwork of Tonci Zonjic (Lobster Johnson) in hauntingly luminescent glow-in-the-dark ink!