Be Superior! Presenting Your New Look at SUPERIOR IRON MAN #1! 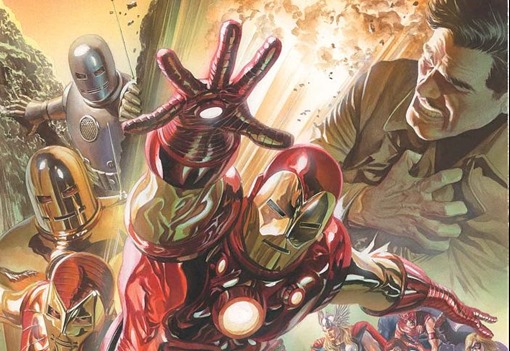 Today Marvel is proud to present your first look inside SUPERIOR IRON MAN #1, the brand new ongoing series launching as part of Avengers NOW! The new creative team of critically acclaimed writer Tom Taylor (Earth 2, Injustice: Gods Among Us) and fan-favorite artist Yıldıray Çınar (Supergirl) make their Marvel debuts for a Tony Stark like you’ve never seen him before!

“This is a Tony we haven’t seen since before that fateful heart injury that turned him into one of Earth’s Mightiest Heroes,” says Senior Editor Mark Paniccia. “The smug, over-confident quintessential capitalist is back…and readers are going to get a real kick out of it. Even the most loyal IRON MAN fans will find this a guilty pleasure.”

Spinning directly out of the events of the blockbuster Avengers & X-Men: AXIS, the Tony Stark of old is back! More stylish, more confident, more cunning and more ruthless than ever before. And he’s ready to lead the world into the future – starting with San Francisco! How far would you go for beauty? Power? Immortality? Tony Stark will give it to you, for a terrible cost. Extremis 3.0 has been unleashed upon San Francisco, transforming the City by the Bay into a gleaming metropolis with the “perfect” society.

Only not all is golden this side of the Golden Gate. Daredevil isn’t down with Stark’s new vision of the future, and he’s going to stop at nothing to end this new threat to the city he calls home.

“Tony Stark’s idea of Utopia isn’t everyone’s idea of perfection,” says writer Tom Taylor in an interview with Marvel.com. “…and even a blind man can see the cracks in Tony’s Brave New World.”

He’ll make you better. He’ll take away the pain. He’ll make you…SUPERIOR! And he’ll stop at nothing to do it. But just how far will he go? Will he save the world, or pull it apart at the seams? Good or bad, it doesn’t matter – he’s superior. And he’s coming to comic shops in November for SUPERIOR IRON MAN #1!

For more on Superior Iron Man & Avengers NOW!, please visit www.marvel.com. Join the conversation on Twitter with hashtag #AvengersNOW and don’t forget to follow us at @Marvel [www.twitter.com/Marvel]! 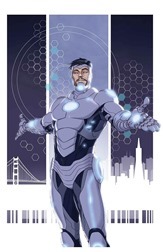 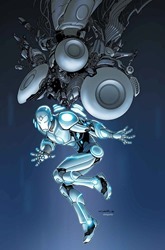 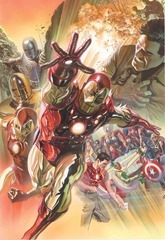 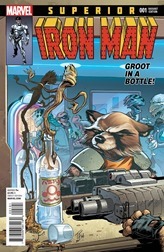 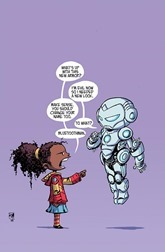 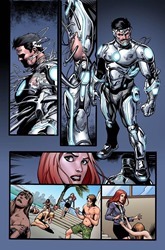 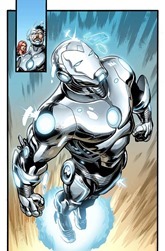 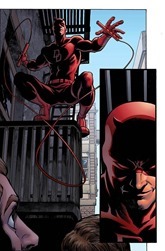