Who Withstood the Cataclysm?
Your First Look at SURVIVE #1! 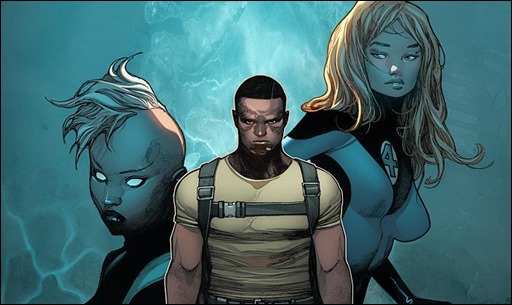 This March, the Ultimate Universe attempts to rebuild from total devastation at the hands of Galactus. But with every ending there comes a new beginning – and the next stage of the Ultimate Universe starts here!  Today, Marvel is pleased to present your first look at SURVIVE #1 from the blockbuster creative team of Brian Michael Bendis and Joe Quinones!

Galactus, the Devourer of Worlds descended upon the Ultimate Universe with an insatiable hunger. Though he was defeated by the bravery of a small band of heroes – the cost was devastatingly high. New York City lays a smoldering ruin, and not everyone made it back alive. Many of the Ultimates are dead – and the remaining heroes are all beaten, broken, and emotionally drained.

“You’ve got all these characters [that] have been through hell together and now they’re coming out the other side and they’re kind of committed to each other, now that Captain America’s gone and some other characters aren’t making it back,” says writer Brian Michael Bendis in an interview with Marvel.com.

“A lot of these characters are very young, and with that comes a lot of emotion, a lot of drama, a lot of people making some disastrous mistakes both in their professional and in their personal lives; and all of that will be on display right away.”

Witness the birth of a new team of Ultimates! Who survived the fury of Galactus? Who didn’t make it out alive? What will become of S.H.I.E.L.D? The future of the Ultimate Universe is happening now! All your questions will be answered this March in SURVIVE #1! 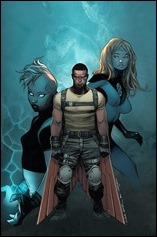 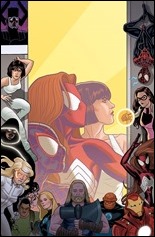 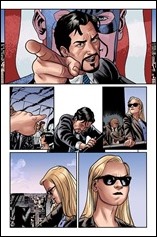 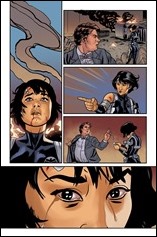 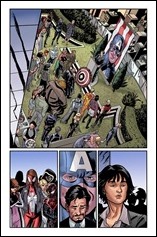