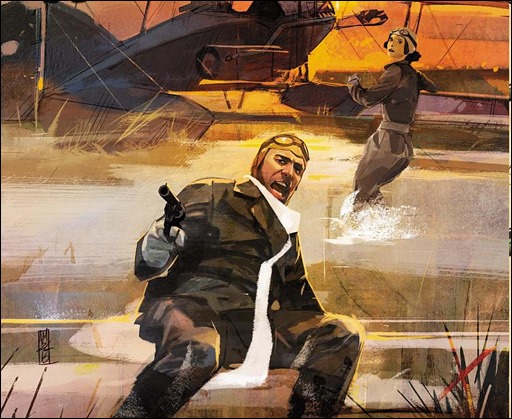 Here’s your first look at Where Monsters Dwell #1, a Secret Wars series featuring Phantom Eagle, by writer Garth Ennis and artist Russ Braun, on sale may 20th, 2015 from Marvel Comics.

This May, legendary comic writer Garth Ennis is joined by his The Boys collaborator Russ Braun for a Secret Wars series unlike any you’ve seen before!

Today, Marvel is pleased to present your first look at WHERE MONSTERS DWELL #1! Dinosaurs! Dogfights! Dames! Danger! This book has it all! Enter the Valley of Flame, Battleworld’s home to prehistoric monstrosities and many other deadly creatures. Stranded amidst its Pterodactyl-filled skies? Karl Kaufmann, the high-flying aerial ace known as the Phantom Eagle! Marooned in this new world alongside socialite Clementine Franklin-Cox, he’ll face down dinosaurs, cannibals, and the worst that Secret Wars has to offer from inside the cockpit of his biplane!

You won’t want to miss the most racous tale on Battleworld when WHERE MONSTERS DWELL #1 soars into comic shops this May! 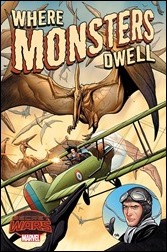 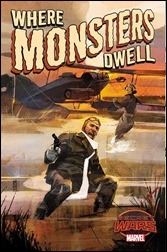 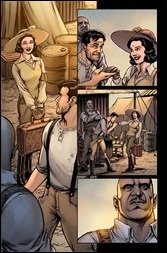 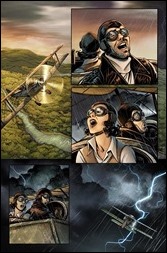 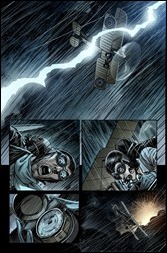