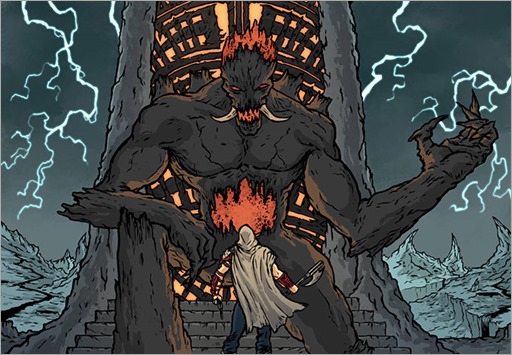 On February 17th, even Hell will meet its match…
in the unrelenting fury of the Eternal Warrior!

Here’s your first look at Wrath of the Eternal Warrior #4 by writer Robert Venditti and artist Raul Allen, on sale February 17th, 2016 from Valiant Comics.

Valiant is proud to present an advance preview of WRATH OF THE ETERNAL WARRIOR #4 – the grand finale of “RISEN,” the critically acclaimed debut story arc of Valiant’s latest hit ongoing series by New York Times best-selling writer Robert Venditti (X-O MANOWAR, Green Lantern) and visionary illustrator Raul Allen (BLOODSHOT REBORN, Hawkeye)! Stepping out of the ashes of the most successful independent crossover event of the decade, BOOK OF DEATH, join one of the year’s most extraordinary new series here as the Eternal Warrior begins the harrowing final confrontation with the forces of Hell…and begins the long march back to the land of the living!

In the wake of BOOK OF DEATH…the Earth’s immortal champion is dead…but his battle is far from over. Cast out of our world and into a fearsome afterlife of pain and punishment, Gilad is determined to return to our world and resume his duty… But can even history’s most formidable master of war forge ahead in an unearthly domain built to break the human spirit? Now, on the cusp of freedom, the Eternal Warrior rises to fight an enemy with a grudge as old as himself…only to the find that the price of victory might just be everything and everyone he has ever loved…

On February 17th, join Gilad Anni-Padda’s never-ending crusade here to find out why fans and critics are heralding WRATH OF THE ETERNAL WARRIOR as a daring new vision of the Valiant Universe:

“★★★★★… After their success in 2015, Valiant are hitting the ground running in 2016, and this gorgeous piece of work sees the bar that’s been set, and vaults over it with ease.” – Big Comic Page

“★★★★★… WRATH OF THE ETERNAL WARRIOR is exactly what you should want from the superhero genre.” – Comic Bastards

“★★★★½… WRATH OF THE ETERNAL WARRIOR is an engrossing, action-packed experience. –Infinite Comix

“★★★★… Engrossing… Another darkly beautiful installment.” – IGN
“A vivid, compelling page-turner of a fantasy story… If you’re longing for a little barbarian action, this is a must-read.” – Uproxx

The year’s heart-shattering new ongoing series is about to step out of Hell and into the battle for life itself as spectacular storytellers Robert Venditti and Raul Allen force the Eternal Warrior into the next brutal level of rebirth in a world beyond our own! Featuring covers by David Lafuente (A&A: THE ADVENTURES OF ARCHER & ARMSTRONG), Raul Allen (NINJAK), Marcos Martin (The Private Eye), Clayton Henry (HARBINGER WARS), and Adam Pollina (X-Force), “RISEN” reaches its unforgettable conclusion right here in WRATH OF THE ETERNAL WARRIOR #4 – in stores February 17th!

WRATH OF THE ETERNAL WARRIOR #4 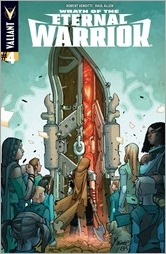 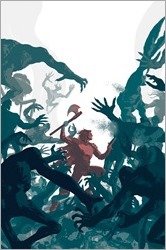 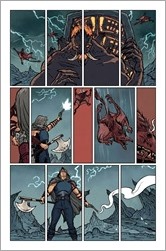 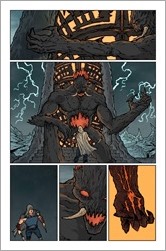