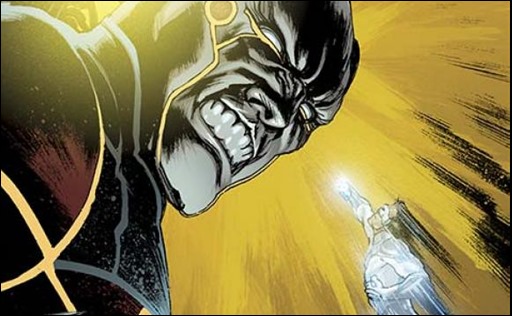 Here are the Green Lantern Group solicitations for August 2013 courtesy of DC Comics.

Art and cover by BILLY TAN and RICHARD FRIEND

Hal struggles with his new role as leader of the Green Lantern Corps while he tries to solve the mystery of why the universe is atrophying! And an escaped prisoner has gotten hold of a power that makes her nearly unstoppable! The stage is set for the ultimate test against Relic!

Art and cover by BERNARD CHANG

John Stewart is the new training officer for the Green Lantern Corps, but he’ll have to put his new job on hold when the Durlans attack! Meanwhile, Fatality’s on a mission of her own—one that could make John’s life even more difficult! And what is going wrong with the Corps’ rings?

Relic deals a game-changing blow to the Corps as the final pieces are put in place for the ultimate battle to save the universe! Do not miss this issue!

Art and cover by ALESSANDRO VITTI

Guy Gardner is embedded deep within the Red Lantern Corps—but did he just lose his only way out? And what does Atrocitus intend to do with the terrible power of the embodiment of rage known as the Butcher?

Larfleeze and Stargrave find an unlikely ally when the Wanderer comes calling!