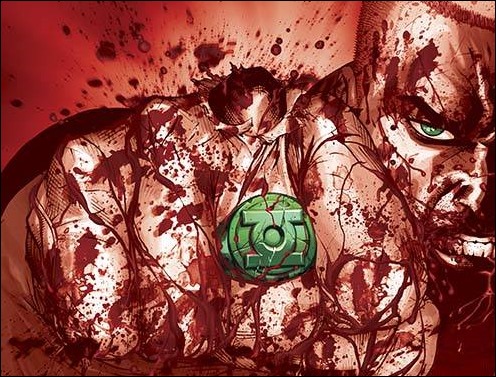 Here are the Green Lantern Group solicitations for June 2013 courtesy of DC Comics.

Larfleeze, the breakout character from BLACKEST NIGHT, last seen in the pages of THRESHOLD, is back in his own solo, ongoing series—and he’s not sharing it with anyone! In his debut solo adventure, Larfleeze meets Laord of the Hunt, a pan-dimensional cosmic entity that believes all living things are prey—and he’s out to turn the universe into his own private hunting reserve! And the only thing worse than Laord is the deadly beings he can summon!

Written by ROBERT VENDITTI
Art and cover by BILLY TAN

Hal Jordan becomes the leader of the most feared and hated group in the universe: The Green Lantern Corps! New faces, new threats and a new beginning for the GREEN LANTERN monthlies!

It’s nonstop action as the Green Lantern Corps faces attacks on Oa and Earth…and Guy Gardner is presented with a choice that could change the balance of power between the different Lantern Corps forever!

The Templar Guardians have been locked away for millennia, but they have a VERY clear idea of what they need to do next — and of all the Lanterns in the universe, they need Kyle Rayner’s help. So it’s a shame he wants nothing to do with them! But once he sees the strange anomaly lurking at the edge of the universe, he may have no choice but to get on board with their mission…

It’s recruitment time for the Red Lanterns, and no one in the universe is safe…especially with the most volatile Green Lantern, Guy Gardner, suddenly in their corner! But why has Guy turned his back on his own Corps?