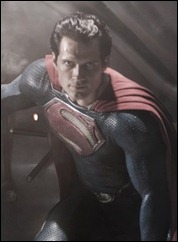 Today Warner Bros. released the first still from Zack Snyder’s upcoming The Man of Steel film. It features Henry Cavill as Superman in front of a bank vault that’s been broken open as sparks shoot from severed power lines.

One thing that’s immediately apparent is that the coloring on the suit seems to be darker than the bright blue and red we’re used to seeing on Superman. It also has that glossy, textured look similar to the Spider-Man costume in the newly rebooted The Amazing Spider-Man.

It’s hard to tell from the still if Superman is wearing his trademark red shorts, but we do know that he’s wearing a belt. Although DC is currently relaunching their DC Universe with altered costumes, it looks as though they are staying true to the character’s original look for the film.

The Man of Steel, directed by Zack Snyder is set for a June 14, 2013 release date. Superman was created by Jerry Siegel and Joe Shuster. 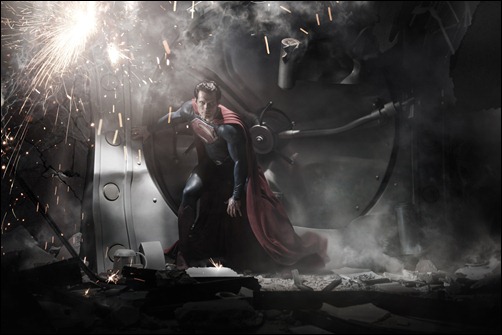 Here is a still of Henry Cavill as Clark Kent on the set of The Man of Steel! (via Bleeding Cool) 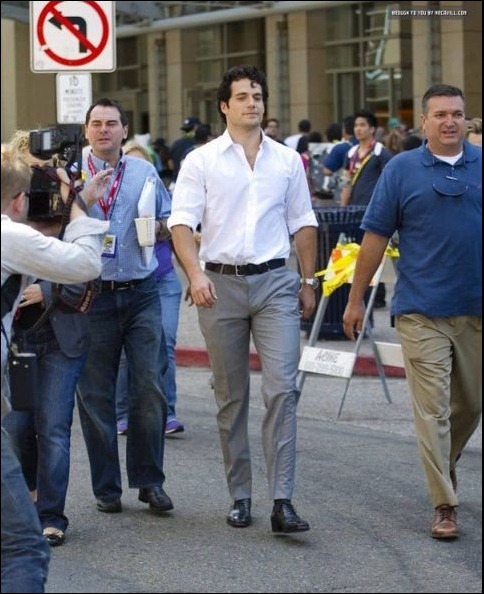