COMIC FANS CAN HELP SELECT THE TITLE FOR THE CLIMACTIC ISSUE OF “IDOLIZED”! 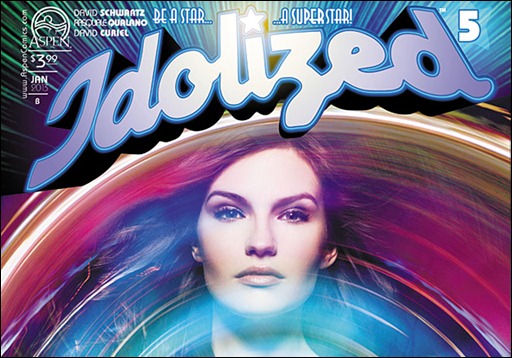 “IDOLIZED”, the hit new comic book series from Aspen Comics, focuses on a reality TV show where viewers vote to select the next “Superhero Idol”.

In keeping with that theme, Aspen has consistently given readers exciting opportunities to vote on – and help to create – various aspects of the critically-acclaimed series. First, fans voted on the costume designs for the IDOLIZED characters, then they voted on which reader-created character would be featured in the comic.

Now, as Aspen prepares the final issue of IDOLIZED volume 1, they’re offering fans the chance to vote on the climactic issue’s title.

“Each issue of IDOLIZED has had a title that’s a play on the title of a classic song, and readers have really gotten a big kick out of that aspect of the series” said Aspen’s Editor-in-Chief Vince Hernandez. “It seems like such a small detail at first, but people have really been responding to it.”

The prior issue titles were:

Issue Zero: ”Every Little Things She Does is Tragic”

“For issue five, we needed to find a title that reflected the themes contained in this big, over-sized final issue,” said IDOLIZED writer David B. Schwartz. “This issue is about redemption, about trying to find ways to let go of anger, fear and hatred, and to see what you can amount to, what kind of life you can live, if you finally stop harboring those destructive emotions. It’s also about unity, about a team of former competitors coming together to try and achieve something grand and heroic. So, each of these potential titles had to reflect that in some way.”

Starting today, and running through January 1st, all comic fans can visit www.Facebook.com/IDOLIZEDComic to cast their votes for any one of these potential titles:

“Contestants of the World, Unite and Take Over”

fans can enter their own potential titles into the mix!

As an added bonus, two fans will win copies of all 3 covers of IDOLIZED #5, signed by David. One set will go to the first person who correctly identifies each of the original song titles being used, and the artist who originally recorded that song. Another set will go to a randomly-selected person who entered their own suggested title into the voting options.

More info on the series can be found at: www.Facebook.com/IDOLIZEDComic 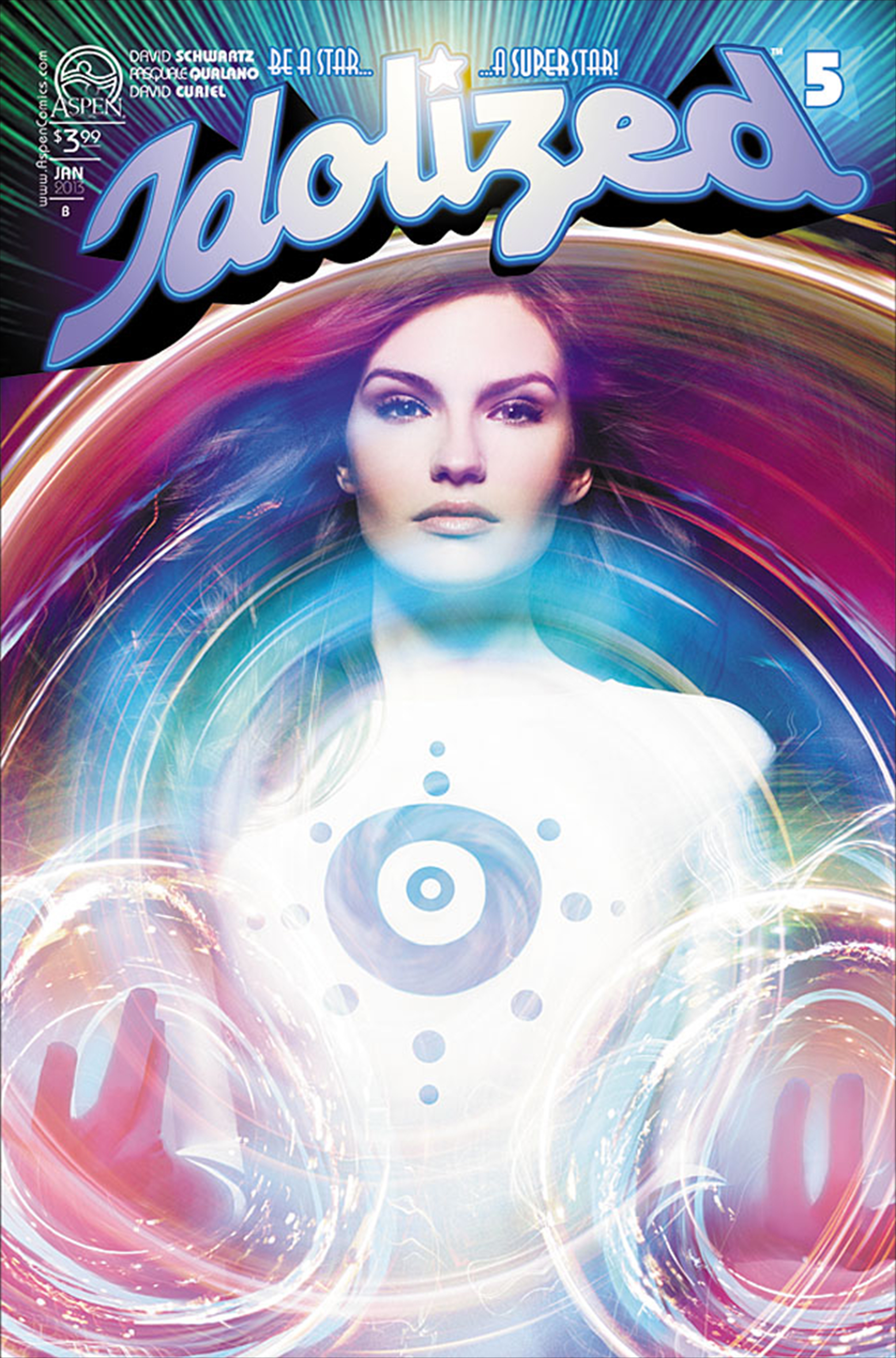