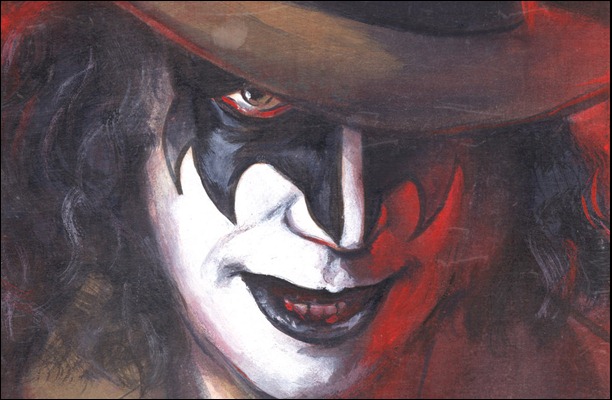 This June, IDW Publishing is bringing back the rock group KISS in comic form. Last year, Archie Comics released a story in which Archie Meets Kiss, this time IDW is giving them marquee status.

According to IDW, the series is rooted in KISS fandom, featuring KISS characters like “Wicked” Lester, the Destroyer, She, the Elder, and more, but it will be very accessible to all comic readers.

KISS will be written by Chris Ryall (Zombies vs Robots) with art by Jamal Igle (The Ray) and KISS #1-4 come with a special “solo album” covers by artist Michael Gaydos.

Variant covers will also be available, including a Michael Gaydos “Demon” cover and a KISS photo cover!

KISS has been the subject of several comic book series with several different publishers. Why did IDW pick the group to work with?

Chris Ryall: It pretty much follows the way we choose to pursue any license: we’re fans of the material. Both Tom Waltz and I are lifelong KISS fans; and add to that the fact that we produced a line of Simmons Comic Group releases with Gene Simmons a few years back and it’s just been something we’ve always wanted to do. Some of my earliest comic-reading moments are of enjoying the KISS Super Specials that Marvel produced in the ’70s, and it’s a personal thrill to not only be able to carry on with Kiss comics but to now write them myself, too.

Tom Waltz: As Chris states, we tend not to pursue any license at IDW that won’t have an editor behind it who is a fan and willing to champion it through the long process of getting it approved and into print. In the case of KISS, Chris and I are not only champions of the license, we’re uber-fans of the band and their music, not to mention the KISS comics from various other publishers in the past. Like Chris, I ate up those Marvel KISS comics and to now be able to be a part of the ongoing adventures of our hard-rockin’, kabuki-wearin’ heroes is a real highlight of my career as a writer/editor.

You Wanted the Best, You Got the Best! KISS is back in an all-new comic series that will appeal to longtime fans and new readers alike! Four ordinary humans in 1920s Chicago find themselves caught up in a battle of epic proportions that will reverberate across time and space in “Dressed to Kill,” part 1! 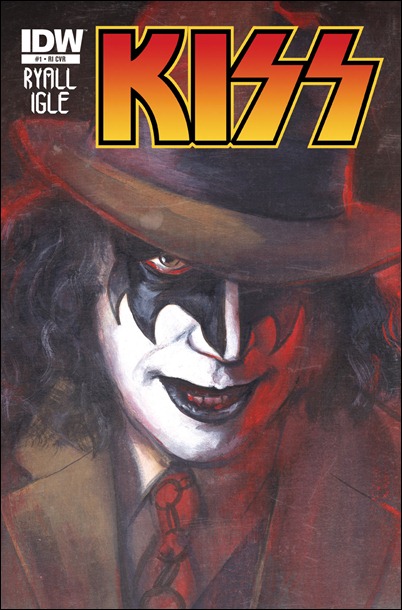 Also in June, IDW is reprinting the KISS Marvel Super Specials originally released in the 1970’s by Marvel Comics!

In 1977, Kiss was not only the biggest band in the world, they were the biggest comic-book stars around! For the first time ever, both classic Marvel Super Specials are collected in one in trade paperback, with story and art from Stan Lee, John Buscema, John Romita Jr., and more! Featuring an all-new cover recreation by Kiss: Avatars cover artist Nick Runge!

· The perfect companion piece to the all-new KISS series launching this month!

· Collects the two classic Marvel KISS comics in one edition! 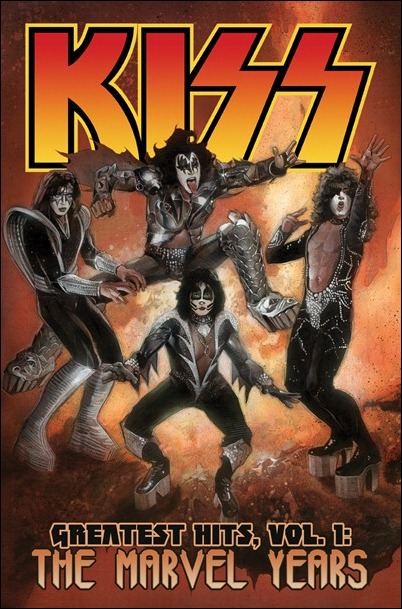 2 thoughts on “IDW Brings KISS Back To Comics”