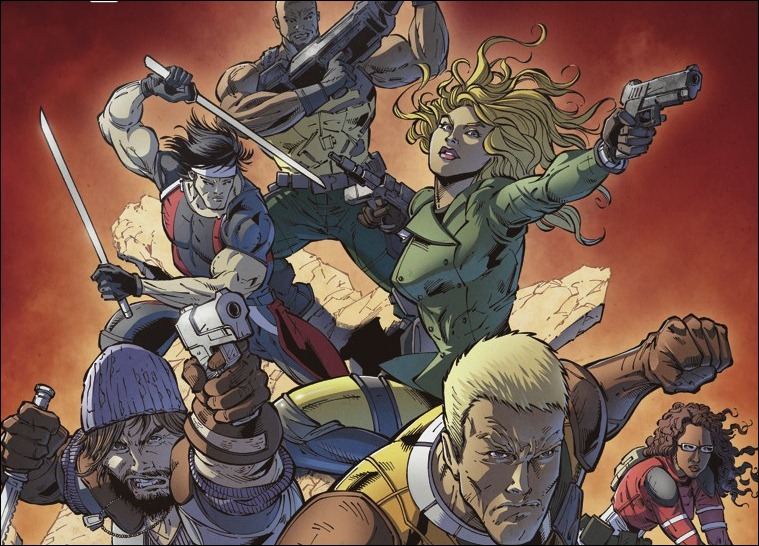 The new series features an big turning point for IDW’s flagship series and is expected to be a great jumping-on point for new readers. Having read Fred Van Lente’s excellent work on the recent Archer & Armstrong series from Valiant Comics, I’m excited to start reading this new series in February.

IDW is pleased to announce not only a new creative team on their flagship G.I. JOE comic, but also an exciting new era for the beloved heroes based on the iconic Hasbro brand!

Beginning in February with G.I. JOE #1, the anti-terrorist titans will be up against a new threat: publicity! With their formerly secret identities compromised, Duke must lead his squad of Real American Heroes up against the legendarily evil COBRA in the public eye. Written by Fred Van Lente (The Comic Book History of Comics, The Incredible Hercules) with art by Steve Kurth (Ultimate Iron Man, Avengers Vs. X-Men: Consequences), the all-new G.I. JOE is an explosive turning point for those following the Joes ongoing adventures and a perfect jumping-on point for new fans to join the action.

“As a longtime G.I. JOE fan it’s very exciting to be able to launch the series in a bold new direction, with a new status quo that develops organically from events in the current ongoing series,” said Van Lente. “In the first arc, Homefront, the G.I. JOE team gets a new (but familiar) commanding officer, a new (and unfamiliar) public role — and discover that Cobra has brought their war to America in a major way for the first time. We hit the ground running with all-out combat on U.S. soil,” he continued.

This new spin on America’s classic fighting force is also an exciting opportunity for the book’s explosive artist, “It’s G.I. JOE with a superhero spin. This is the G.I. JOE comic I’ve wanted to make for 10 years and the one I’ve wanted to read for 20!” said Kurth.

If all of that weren’t enough, fans will also be treated to eye-melting covers by Juan Doe, Steve Kurth, and Jamal Igle, and a special G.I. JOE “comics history” cover by Van Lente’s The Comic Book History of Comics co-conspirator Ryan Dunlavey! This relaunch also comes with a special treat for the G.I. JOE super fans in the form of a suitably bombastic subscription variant cover by legendary artist Arthur Adams!

It’s a very exciting time to be a G.I. JOE fan, and IDW couldn’t be happier to help rid the world of the COBRA menace! 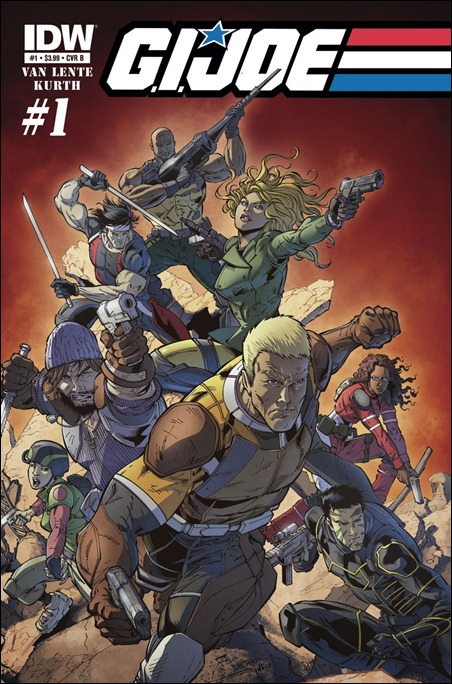