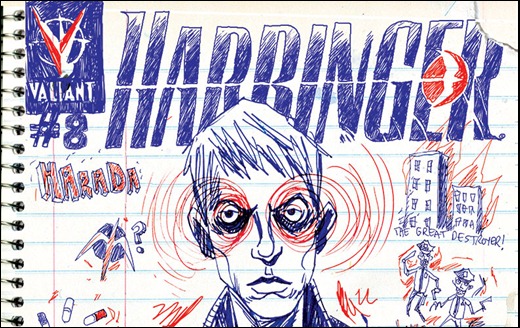 "Josh Dysart is one of my favorite people and favorite writers in comics. We’ve wanted to work together for a long time now, but things never seem to line up with both of our busy schedules. When I heard Josh would be a part of the incredible Valiant relaunch with Harbinger, I immediately asked editor Jody LeHeup if I could do a variant. It may not be a full comic, but at least Josh and I have finally done something together," said Lemire.

"I’m really excited about the high quality books Valiant has been putting out and it’s great to be a part of it in even this small way. I was so thrilled that Jody and the Valiant guys let me go nuts with my lo-fi ballpoint pen idea," he added. "I had a blast!"

"Jeff routinely conjures some of the most engaging images and stories in comics and I’m thrilled to have had the opportunity to work with him again," said Associate Editor Jody LeHeup. "This incredible cover is a testament to that fact and to his love for the outstanding work that Joshua Dysart, Khari Evans, Phil Briones and the rest of the Harbinger crew are doing right now."

Out of the ashes of the Harbinger Foundation, the rise of the Valiant Universe’s first super-team continues this January! After fighting their way out of Toyo Harada’s secret academy for superhumans, Peter Stanchek and Faith "Zephyr" Herbert are out to recruit the next generation of psionics and strike the Harbinger empire wherever it may stand. Peter Stanchek. Zephyr. Kris. Flamingo. Torque. Meet the latest member of the resistance on January 23rd in Harbinger #8 – the next awesome installment of the series Comic Book Resources calls “a must-read." 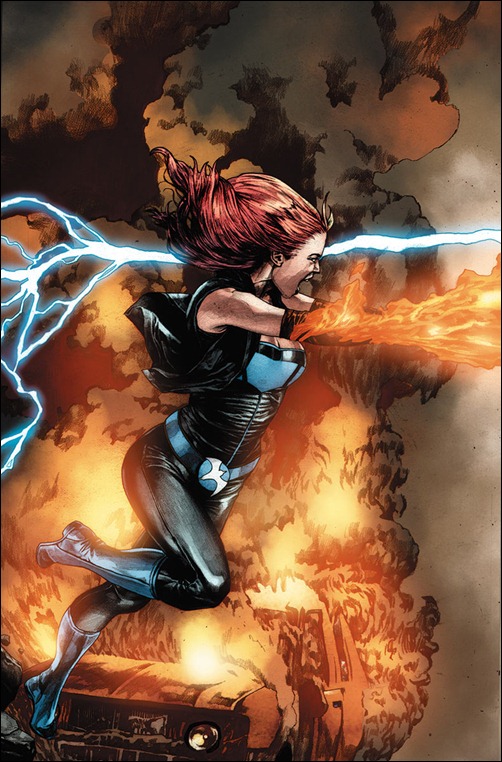 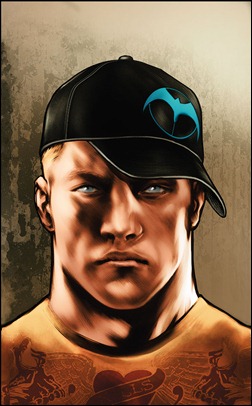 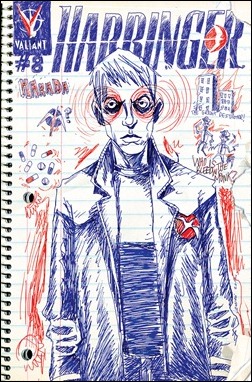