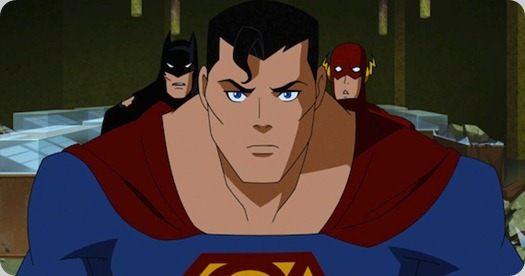 The teaser trailer for Justice League: Doom was shown on Friday October 14th at the NYCC ‘11 DC Animated panel.

Justice League: Doom is the last DCU Animated movie to be written by the late, great Dwayne McDuffie who passed away earlier this year. The animated film is based on Mark Waid’s Tower of Babel storyline from the pages of JLA. The original villain in the story, R’as al Ghul, is replaced with the immortal Vandal Savage and his Legion of Doom.

Cyborg is a member of the Justice League and the plot revolves around Batman’s contingency plans for taking down each member of the JL “in case they go bad.” Of course those plans fall into the wrong hands – The Legion of Doom – who is comprised of Vandal Savage, Bane, the Royal Flush Gang, Star Sapphire, Mirror Master, and others.

Justice League: Doom is scheduled to be released in early 2012.