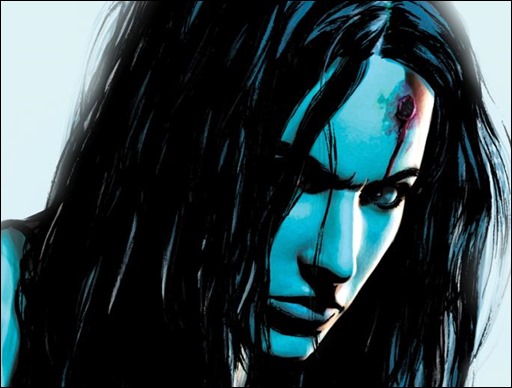 He continued, "That’s how the world was born, this idea that wealth equals power, until such a point that the wealth becomes almost irrelevant to that power because everything is now owned, and power settles amongst a very select few, and everyone else is on the outside.”

Concentration of power leads to the powerful using all means to protect what they have — and that is where Forever comes in. Manipulated by her Family patriarch to believe she is his beloved daughter, Forever is willing to kill and die for him. But even though she lives in the elite world, she will never be part of it. Regarded variably as a tool, pet, and science project, Forever must break through her lifelong conditioning to find out what and who she really is in a world that sees her as something less — and more — than human.

"If you ask me what the series is about, yes, it’s about this dark vision of the future, certainly,” said Rucka. "But it’s about Forever, her journey, the questions of nature versus nurture, and of power, and of corruption.”

Lark’s art, on gorgeous display in the four-page "prelude” released after its unveiling at Emerald City Comicon in March, renders Forever’s world in deep shadow and is heightened with moody colors by Santi Arcas, perfectly capturing the fractured, violent world of LAZARUS as well as Forever’s vulnerability and naïveté, which her deadly exterior belies.

"I’m trying to demonstrate the contrast between the ‘haves’ and the ‘have-nots,’” said artist Lark. "Because one side has, literally, EVERYTHING, and the other has NOTHING, the contrast is strong. In issue two we are really going to see that, with scenes in the homes of the Carlyles juxtaposed with scenes of the extreme poverty facing the rest of society. I realize that while we in the United States haven’t seen this come to pass — yet — there are other parts of the world where it is already a stark reality.”

Lark agrees that his and Rucka’s main character is the key to LAZARUS’s story. "We are seeing this world through Forever’s eyes, and her journey in this story is not going to be an easy one. The readers need to be able to feel her confusion and pain, as well as her toughness and strength.”

"LAZARUS is a book I’ve been looking forward to from the moment Greg shared the rough idea with me," said Image Comics Publisher Eric Stephenson. "Every step of the process leading up to this series’ debut has just further fueled my anticipation: learning that Greg would be collaborating with the amazing Michael Lark, reading the first script, seeing Michael’s initial pages, see the first colored work… This is truly inspired work by a pair of comics’ absolute best, and I can’t wait for everyone else to be able to love this book as much as I do."

LAZARUS #1 will be in stores on June 26 and is available for pre-order now (Diamond Comics code APR130420) from the April issue of Previews. 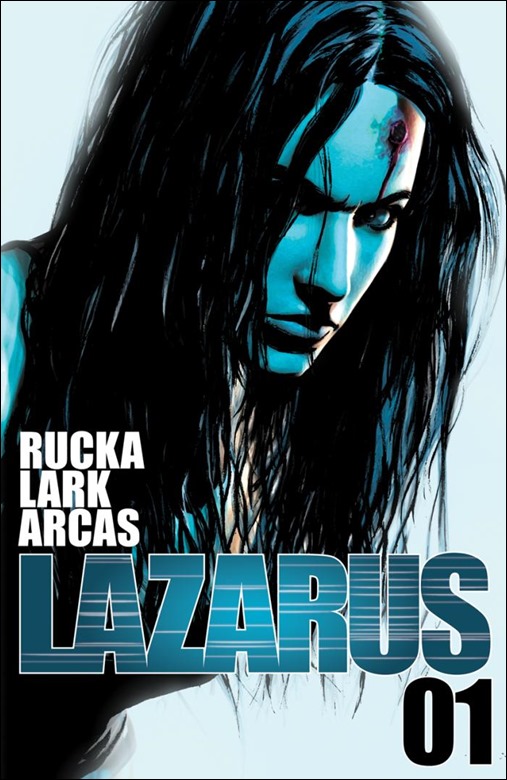 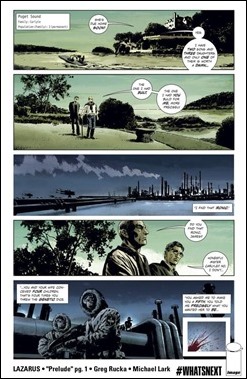 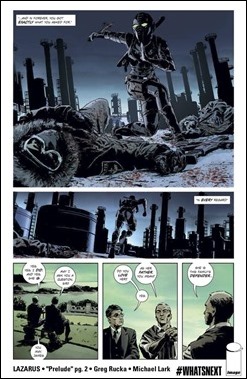 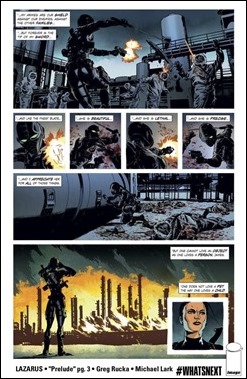 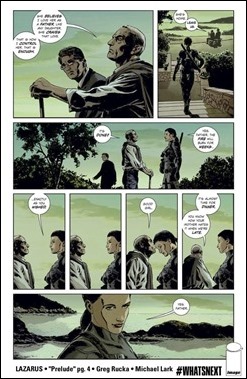