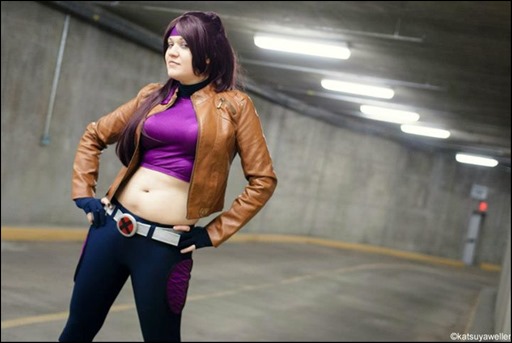 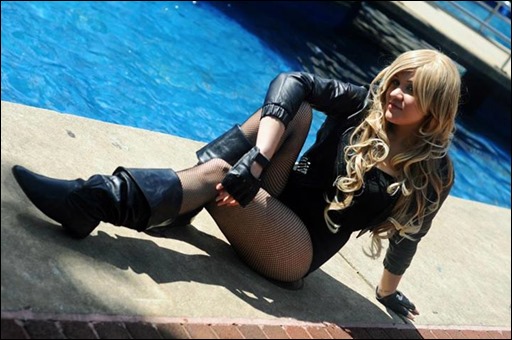 Marie Grey is a cosplayer, gamer and DC Comics nerd from Brooklyn, NY who’s been cosplaying for almost half a decade. She not only likes to be photographed while in costume, she’s also a photographer of cosplayers herself, having formed Alchemist Photography.

While she enjoys cosplaying, Marie does it mostly on the weekends because of her full time job. For a weekend cosplayer, she does an amazing job on her costumes!

We caught up with Marie Grey and asked her about the experiences she’s had while cosplaying.

I’ve been cosplaying for four and a half years. My first cosplay was Soi Fong from Bleach.

What made you decide cosplaying was something you wanted to pursue?

Initially, I wasn’t at all interested in cosplaying. It was something I had done to appease a friend. But once I realized how easy it was to meet amazing new people with similar interests, I caught the bug. 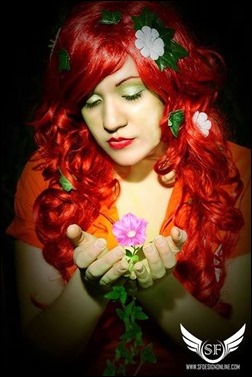 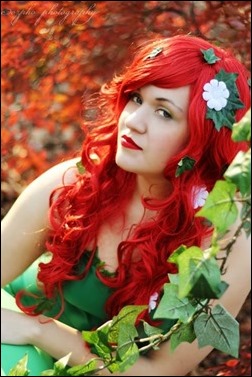 You look amazing in your costumes, have you ever done any modeling work outside of cosplay?

No. I’m nowhere near the body type for modeling, and it’s not anything I really have an interest in.

When I first started, no. I bought all of my cosplays online or commissioned them from friends. Now that I’ve had enough practice in front of the sewing machine, I make almost everything from scratch or buy things and alter them. I’m not at all experienced with props, though, so I’ll commission those if it’s not something in my skill set.

Which was the most challenging or satisfying to make?

Every costume is challenging for me. I’ve only been sewing for a little over a year and I still have so much to learn. As long as I finish the costume and I’m able to wear it, that’s satisfying for me.

Who are some your favorite characters to portray?

I like too many things. Every character I’ve cosplayed is a favorite character. Though because I mostly attend comic conventions, I wear more comic book characters than anything else. So I’ve made multiple cosplays for Poison Ivy, Black Canary, and Wonder Woman. 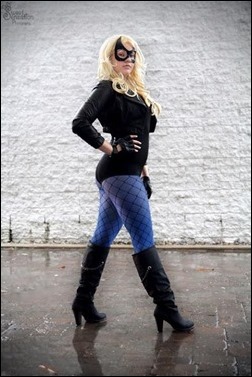 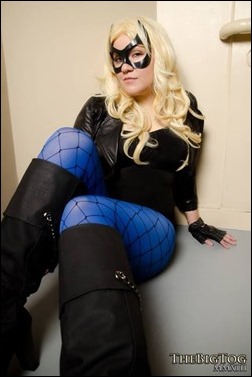 Did you read any comics while growing up and what are your current favorites?

My mom used to buy me those little Archie comics at the grocery store. When I got older, became fascinated with Batman. The cast of characters in Gotham is just incredible. I’m following entirely too many comics now, but my absolute favorite is Image’s Saga. 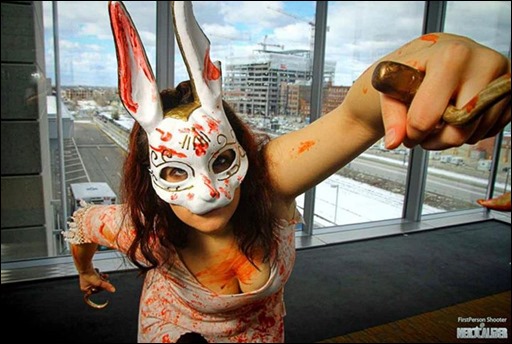 Are there particular things that are bothersome when cosplaying in public?

Not sure how to answer this. I only ever cosplay at conventions where most people are also cosplaying. 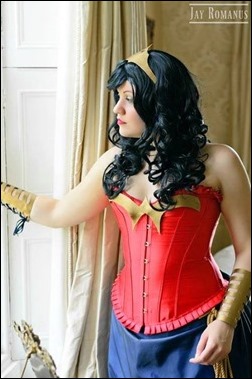 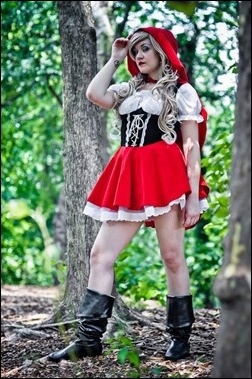 What do you enjoy the most about it?

I enjoy being able to look at a 2D drawing and bring it to life. It’s always a challenge for me, and it’s rewarding when I’m able to overcome difficult obstacles to complete a costume in time for a convention. Then once it’s all done, I can wear my work and easily find other people who are interested in the same things as me. 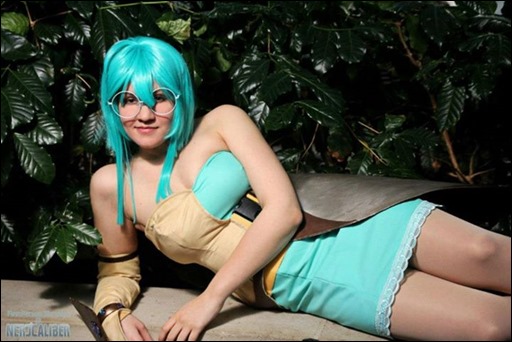 At this past Katsucon, this guy Aaron gave me fingerless Batman gloves. It rendered me speechless. I go to conventions expecting to meet awesome people…I don’t expect them to give me presents because they thought of me when they saw something! 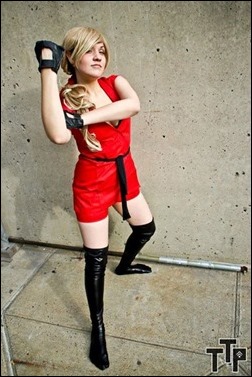 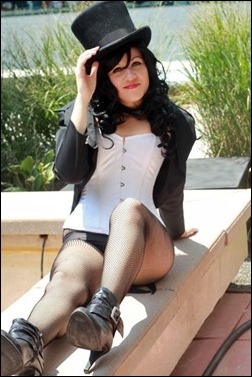 Anyone who has the courage to step out there in costume is worth applauding. It takes a great deal of courage to put yourself out there even if you don’t make your own costumes. I’m inspired by anyone with a friendly and positive attitude.

What’s the biggest change that you’ve noticed since you began cosplaying, for good or bad?

It’s become more mainstream, and that apparently has people up in arms. I personally like to focus on myself rather than what everyone else is doing in this hobby. The only change I’ve noticed is that no one can seem to do the same. People are too concerned with what aspects of cosplay others are involved in rather than what aspects of cosplay they themselves want to be involved in. I’m a big fan of, “If you don’t like it, walk away and do your own thing.” Instead, you get catty Facebook statuses complaining about other cosplayers because they aren’t doing what you think is fun. It’s silly. People would be a lot less angry and argumentative if they stopped complaining about everyone else and focused on their own cosplays. 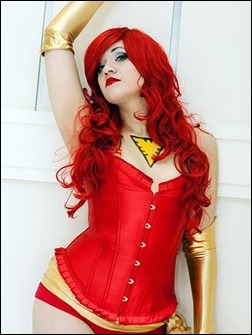 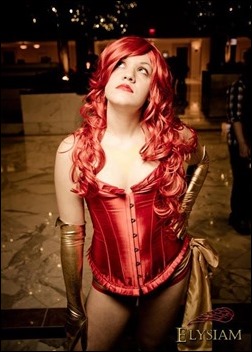 Since you’re also a photographer (Alchemist Photography), how do you balance your time between attending cons in costume AND photographing other cosplayers? Or do you prefer to do private  photoshoots instead?

I don’t! I’m really terrible at balancing photography and cosplay. I don’t have any secret to doing both because I do it differently at every convention. Sometimes I cosplay while I’m photographing, sometimes I don’t. Sometimes I schedule private shoots at conventions, sometimes I just find people while walking around the con floor. Other times I just feel like shooting something and I invite friends to meet up with me. 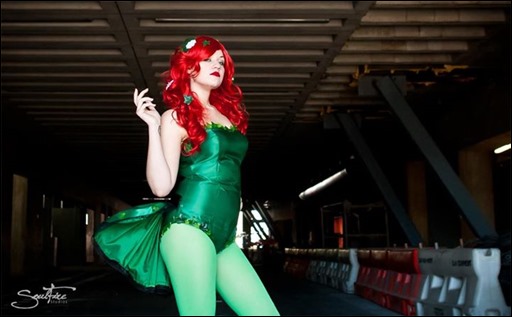 Do you attend both Anime Cons and Comic Cons, and if so, what do you find to be the biggest differences between the both of them?

I used to attend anime conventions, but I no longer do after this summer. The programming is usually catered to new anime series (which I have no interest in) and a much younger crowd. I’ve also found that many anime conventions are disorganized and rude in terms of staffing. I’m inching toward 30, so that kind of attitude is just intolerable. Comic conventions are targeted toward all ages and the crowds are much more mature. Staff is more organized and knowledgeable of what’s going on. 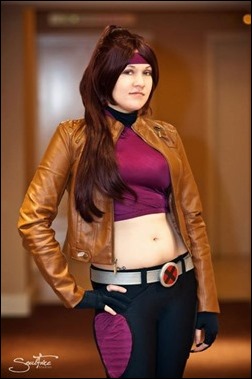 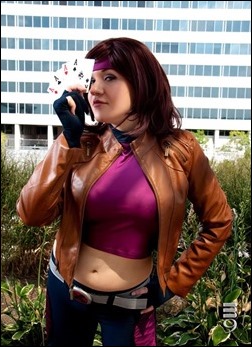 Start small. Your first cosplay probably won’t be that great, but you’ll learn from it. As you progress, you can learn new skills while improving on others. 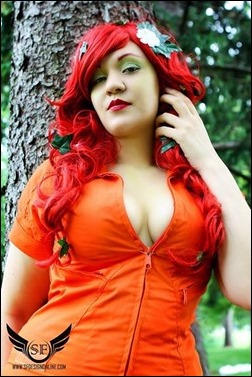 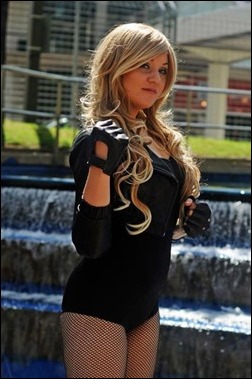 I wouldn’t change anything. I’ve learned from all of my experiences along the way, and that’s really all that matters in life.

I’m not sure! Costuming is just something I do on the weekends, but it’s not something I’m looking to give up any time soon. I love the creative outlet it’s become in my life. I’d like to eventually attend conventions off the east coast…I just can’t afford the travel. 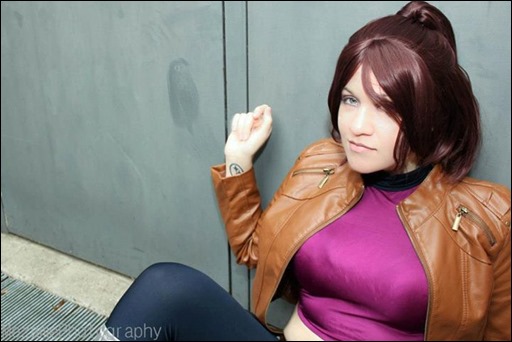 Share your thoughts about Marie Grey in our comments section below!