Secrets of the Marvel Universe Revealed – This is ORIGINAL SIN! 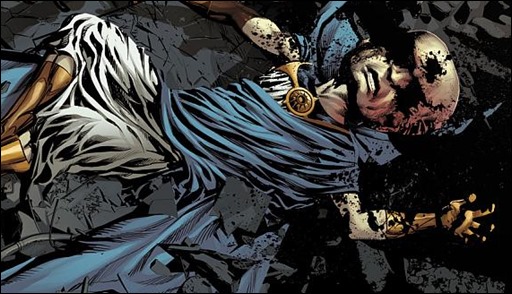 On the moon, the dead body of Uatu, the Watcher is discovered. His home destroyed. Looted of its valuable alien technology. Now, the manhunt is on. And the biggest heroes of the Marvel Universe – Captain America, Iron Man, Wolverine, Black Widow, and more are on the hunt for his murderer.

But no one is ready for the secret knowledge the Watcher held. Secrets that will shake the Marvel Universe and its heroes to their very core!

“This is basically a crime story. A murder mystery. A manhunt. But with the entirety of the Marvel Universe as its backdrop,” said Jason Aaron. We’re taking all the toys out of their packaging for this one. Everyone and everything is in play. For some characters, life will never be the same again. And it’s only a matter of time before more bodies are popping up.”

What did the Watcher see? And who wanted him dead because of it? With the greatest secrets of the Marvel Universe in the hands of his killer, it’s won’t be long before the shocking truth comes out! And even the greatest heroes of the Marvel Universe are not safe from the skeletons in their closets. All sins come with a price, and this summer – the truth can cost your life! This is…ORIGINAL SIN!

ORIGINAL SIN #1 also includes a code for a free digital copy of the very same comic on the Marvel Comics app for iOS and Android devices.

ORIGINAL SIN #1 arrives in comic shops this April!  For more on ORIGINAL SIN, please visit marvel.com and join in the conversation on Twitter with #originalsin. 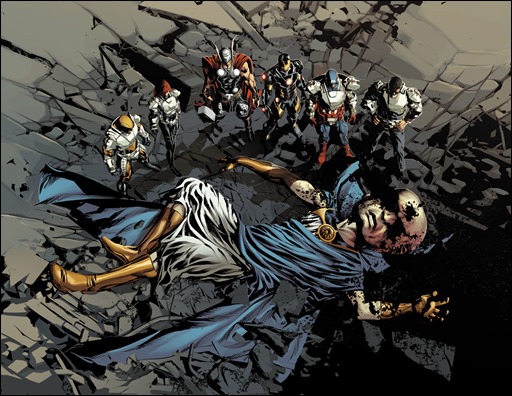 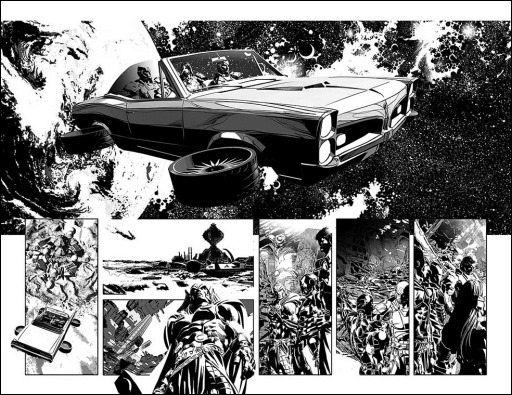