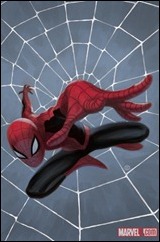 The interview included a very interesting answer from David Gabriel:

DG: I understand why you might make that assumption, but I want to be clear that the direct market is still our #1 source for getting this type of material out to all consumers. It’s up to us and our retail partners to work on methods of driving new faces into those stores. This content in every Season One story is what we believe is perfect for bringing new readers into both comics and comic stores.

As far as book store markets go, while of course we are all dismayed at what has happened with Borders, keep in mind that there is still a vibrant market for graphic novels out in the world. The point here is to get fresh new content out there and work with those existing book market retailers to do what we 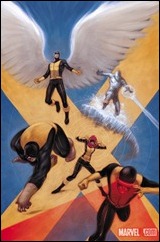 can to make this as successful a launch as possible.

Don’t forget, the fans are still out there, the readers and consumers still exist. They will find places to go and our job is to now get these titles into as many outlets as possible so they have the widest selection.

I see that Mr. Gabriel has made 2 conflicting statements in his answer: 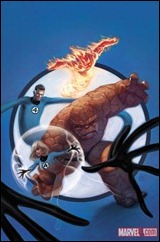 But here lies the problem. While GN sales have increased overall, they’ve had a downward trend in the Direct Market. Graphic Novel sales in bookstores (and Amazon) are roughly double what they are in comics shops. So by saying that Marvel wants “get these titles into as many outlets as possible,” it directly contradicts the first statement.

It’s understandable that Marvel does not want to alienate the Direct Market, but there comes a time when potential sales outweigh their current DM efforts. Usually money always wins, and it’s just a matter of time when we see alternate distribution on titles like these.

When that time comes, Marvel can do good by both sets of retailers by allowing their entire selection to be available to all parties. Or at least not let the DM weaken by not being able to get product that’s available elsewhere.