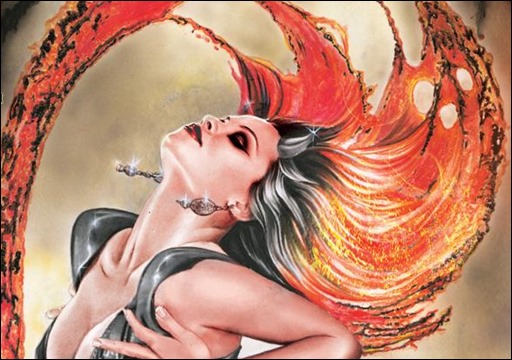 Big Dog Ink believes in bringing fans consistent quality, which is why the art team of JB Neto on pencils and Oren Kramek on colors for interiors and “A” covers also return when Penny for Your Soul marches one seal closer to the final battle and the next horseman of the apocalypse appears! A new addition to the team, superstar up and coming artist Jen Broomall is bringing the sexy back as she lends her pencils to the “B” covers. Issue #1 will also feature an amazing 1/10 retailer variant with a painted cover by total package artist Natali Sanders!

Available for pre-order in the June Diamond Previews catalog and releasing this August, Penny for Your Soul: Death will follow in the tradition of its predecessors as a 7-issue mini-series event. This hot and provocative comic will ship monthly and retails for $3.50.