Witch Slaying Warriors in the WARZONES! Your New Look at 1602 WITCH HUNTER ANGELA #1! 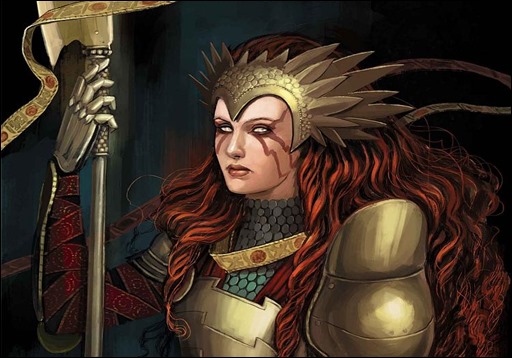 This June – magic and might battle marvelous monstrosities as Angela and Sera take the fight to Battleworld!

Today, Marvel is pleased to present your new look at 1602 WITCH HUNTER ANGELA #1 – a brand-new Secret Wars series! Blockbuster writers Marguerite Bennett and Kieron Gillen are joined by artists Stephanie Hans and Marguerite Sauvage for an adventure fueled tale that has to be seen to be believed!

In King James’ England, two names are feared above all else – Angela and Sera, scourges of all creatures that haunt their Battleworld domain. They seek a new, seductive evil – not witchbreed, but deal-making Faustians, those who bargain with ancient creatures in return for unnatural power. As wicked evil and malicious shadow creep over the land – will Angela and Sera destroy this evil, or will they succumb to it?

The answers lie within this June in 1602 WITCH HUNTER ANGELA #1! 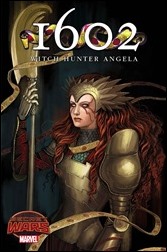 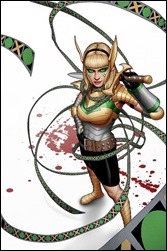 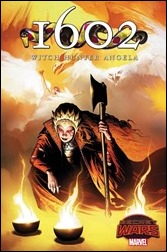 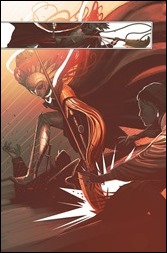 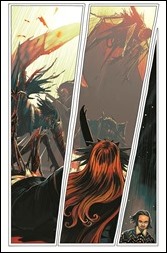 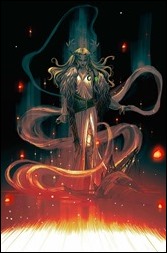 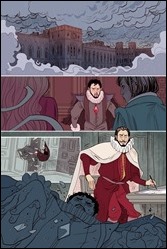 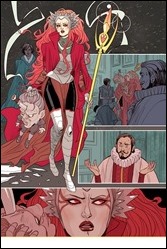