The Cat With A Really Big Head Preview 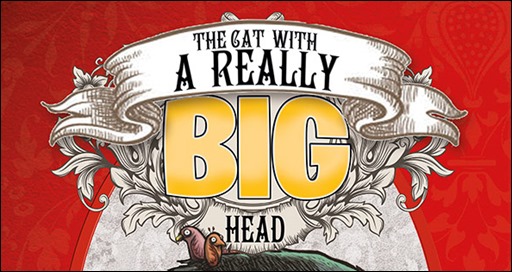 Here’s a short preview of the upcoming 96 page hardcover collection of The Cat With A Really Big Head by creator Roman Dirge, on sale May 6th, 2015 from Titan Comics.

THE CAT WITH A REALLY BIG HEAD 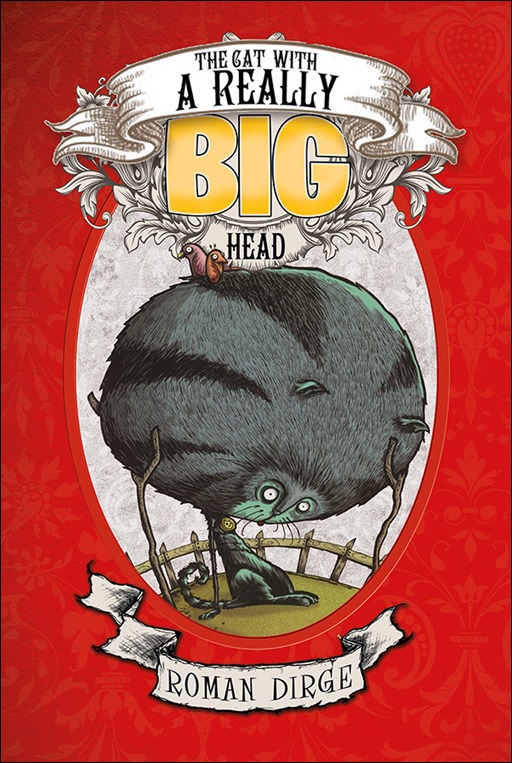 PERFECT FOR FANS OF TIM BURTON’S THE MELANCHOLY DEATH OF OYSTER BOY!

The gothic Michelangelo of the macabre and creator of LENORE: THE CUTE LITTLE DEAD GIRL, Roman Dirge is back with a collection of two of his strangest and weirdest tales that take us from the biggest headed cat in the whole universe into the centre of a man’s body! 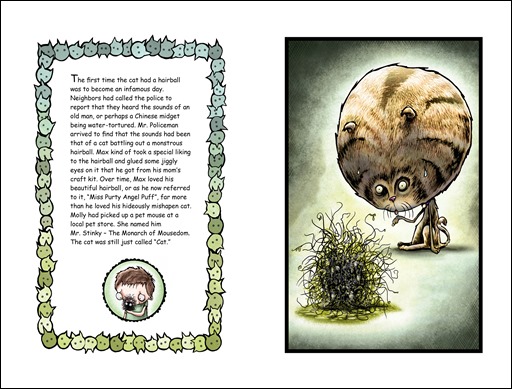 Cat With The Really Big Head.

The lead story is the tragic tale of a cat called Cat and his stupidly enormous over-sized head as he struggles with day-to-day problems like coping with hairballs, trying to eat Chunky Beef Chunk With Beef catfood or dealing with the neighbourhood mouse, Mr. Stinky and his army of annoying mice. Life hasn’t dealt Cat a good hand, but still there’s always the prospect of reincarnation and a better life, isn’t there..? 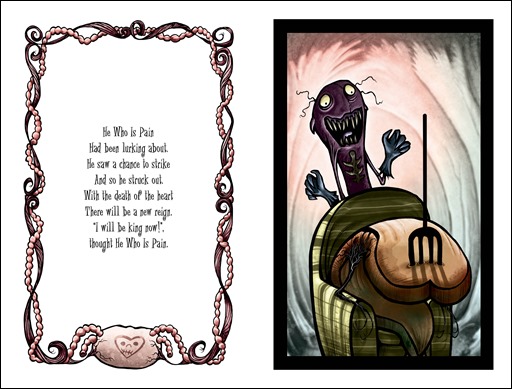 Monsters in my Tummy:

Ever wonder what madness happens inside you during times of severity and heartbreak? Feels like a war is being waged in your stomach? Anyone who’s ever been crushed by a loved one will instantly be able to relate to this inner saga.

The Cat With A Really Big Head is available to order now from your local comic book store using Diamond order code: JAN151597