FATIMA: THE BLOOD SPINNERS #1 (of 4) by Gilbert Hernandez 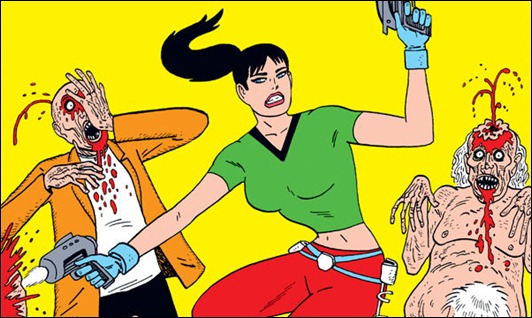 Here is a six page preview of Fatima: The Blood Spinners #1 by Gilbert Hernandez, courtesy of Dark Horse Comics. The first issue is available in a variant cover by Peter Bagge!

Despite the side effect, the drug is so popular that the human population is dying out! With no cure to be found, the beautiful, lovesick Fatima may be the only thing standing between the survivors and the apocalypse.

Get ready for four issues of zombies, drug lords, and gorgeous women!

“Hernandez’s art is as assured and potent as ever; he draws in black-and-white as if color had never been invented.” —ComicMix 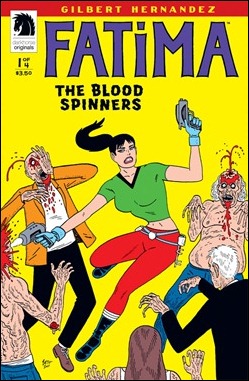 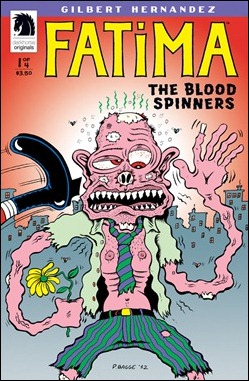 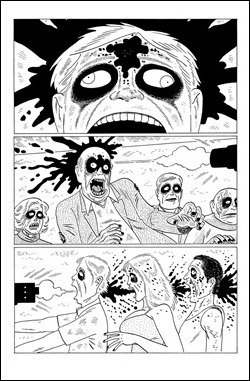 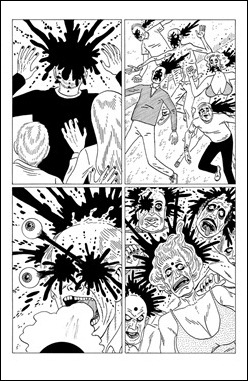 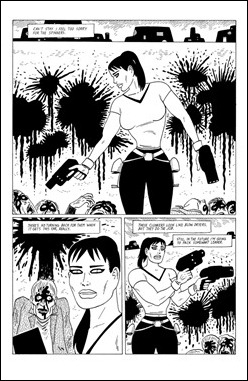 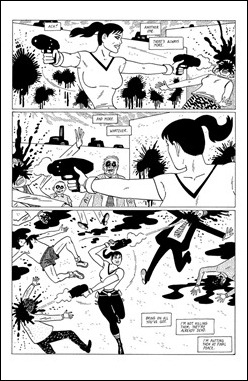 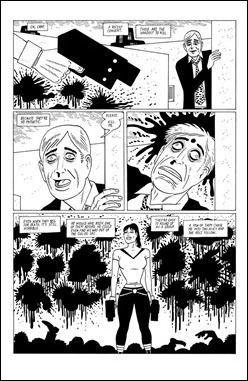 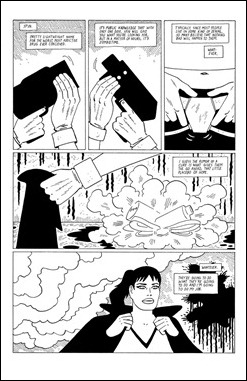