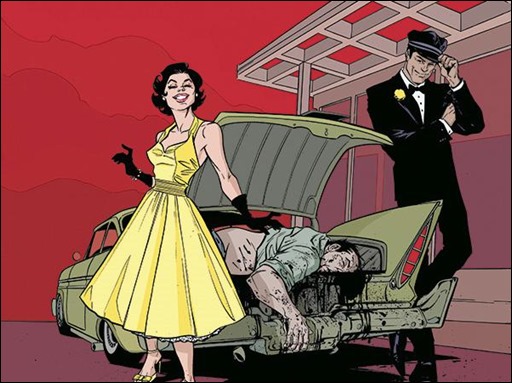 What do you get when you mix Betty Draper and Hannibal? A homemaker, wife, and mother named Josie Schuller – who just happens to be a very efficient killer for hire.

Josie Schuller is a picture-perfect homemaker, wife, and mother—but she’s also a ruthless, efficient killer for hire! A brand-new original comedy series that combines the wholesome imagery of early 1960s domestic bliss with a tightening web of murder, paranoia, and cold-blooded survival.

“[Jones] varies her style to suit the mood of each piece, and the results can be spellbinding.”—Powell’s Books